Find out why and how we waste energy, and what we can do to reduce wastage levels. 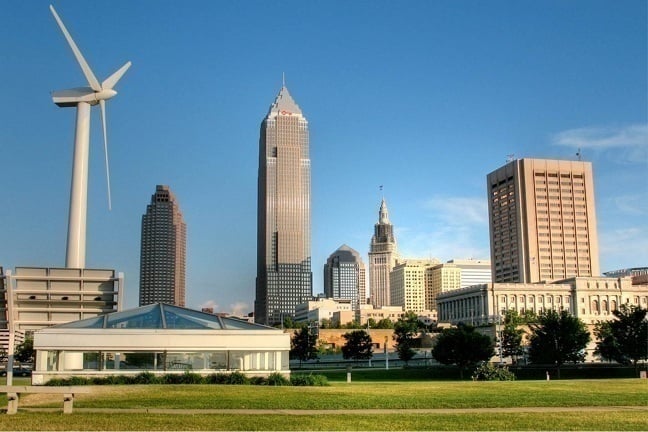 In this article and the one that follows we examine energy efficiency in the domestic, service, transport and industrial sectors of society. We look at why and how we waste energy, and what measures can be taken to reduce this wastage.

Except in the form of food, no one needs or wants energy as such. That is to say, no one wants to eat coal or uranium, drink oil, breathe natural gas or be directly connected to an electricity supply. What people want is energy services – those services which energy uniquely can provide. Principally, these are: heat, for warming rooms, for washing and for processing materials; lighting, both interior and exterior; motive power, for a myriad of uses from pumping fluids to lifting elevators to driving vehicles; and power for electronic communications and computing.

When Thomas Edison set up the world’s first electric power station in New York in 1882, it was not electricity he sold, but light. He provided the electricity and light bulbs, and charged his customers for the service of illumination. This meant he had a strong incentive to generate and distribute electricity as efficiently as possible, and to install light bulbs that were as efficient and long-lasting as possible.

Unfortunately, the early Edison approach did not survive, and the regulatory regime under which most utilities operate today simply rewards them for selling as much energy as possible, irrespective of the efficiency with which it is used or the longevity of the appliances using it. In a few countries, however, governments have changed the way energy utilities are regulated by setting up mechanisms to reward them for providing energy services rather than mere energy. In this case, customers benefit by having lower overall costs, the utility makes as much profit as before, and the environment benefits through reduced energy wastage and the emission of fewer pollutants.

The efficiency with which humanity currently uses its energy sources is generally very low. At present, only about one-third of the energy content of the fuel the world uses emerges as ‘useful’ energy, at the end of the long supply chains we have established to connect our coal and uranium mines, our oil and gas wells, with our energy-related needs for warmth, light, motion, communication, etc. The remaining two-thirds usually disappears into the environment in the form of ‘waste’ heat. One of the reasons for our continuing inefficiency in energy use is that energy has been steadily reducing in price, in real terms, over the past 100 years. 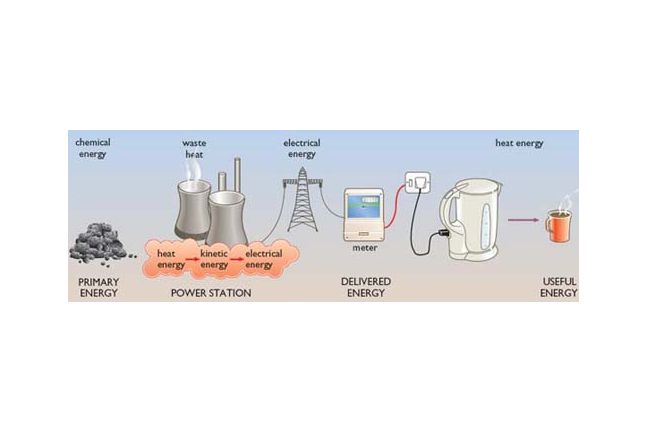 On the supply side of our energy systems, there is a very large potential for improving the efficiency of electricity generation by introducing new technologies that are more efficient than older power plants. The efficiency of a power plant is defined as the percentage of the energy content of the fuel input that is converted into electricity output over a given time period. Since the early days of electricity production, power plant efficiency has been improving steadily. The most advanced form of fossil-fuelled power plant now available is the Combined Cycle Gas Turbine (CCGT).

CCGTs are more than 50% efficient, compared with the older steam turbine power plants that are still in widespread use, where the efficiency is only about 30% and thus about 70% of the energy content of the input fuel is wasted in the form of heat, usually dumped to the atmosphere via cooling towers.

CCGTs are more “climate friendly” than older, coal-fired steam turbine plants, not only because they are more efficient but also because they burn natural gas, which on combustion emits about 40% less CO2 than coal per unit of energy generated. Overall, taking into account both the higher efficiency and natural gas’s lower CO2 emissions, when compared with traditional coal-fired plant CCGT-based power plants release about half as much CO2 per unit of electricity produced. Most of the reductions that occurred in Britain’s CO2 emissions during the 1990s were due to the so-called “dash for gas” as a substitute for coal in power generation.

In some countries, the “waste” heat from power stations is widely used in district heating schemes to heat buildings. In 2000, around 72% of Denmark’s electricity was produced in such ‘Combined Heat and Power’ systems.

After fuels have been converted to electricity, whether in CCGTs or steam turbine-only plants, further losses occur in the wires of the transmission and distribution systems that convey the electricity to customers. In the UK, these amount to around 8%. Overall, this means that even when a modern, high-efficiency CCGT is the electricity generator, less than half the energy in its input fuel emerges as electricity at the customers’ power sockets. In the case of older power stations the figure is around 25%.

Clearly, there is room for further improvements in the supply-side efficiency of our electricity systems, by further increasing the efficiency of generating plant and by ensuring that whatever “waste” heat remains is piped to where it can be used.

Coal, oil and gas, when they are used directly rather than for electricity generation, are also subjected to processing, refining and cleaning before being distributed to customers. Some energy is also lost in their distribution, for example in the fuel used by road tankers or the electricity used to pump gas or oil through pipelines. However, these losses are much lower, typically less than 10% overall. This means that over 90% of the energy content of coal, oil and gas, if used directly, is available to customers at the end of the processing and distribution chain. The scope for further supply-side efficiency improvements is obviously much more limited here than in the case of electricity.

Think about: Can you suggest further improvements in the supply-side efficiency of our electricity systems?