Find out more
Home / Nature & Environment / Sustainability, Society and You / Rubbish or Resource: How Do Different Societies Decide?

Rubbish or Resource: How Do Different Societies Decide?

Read this article to find out how different societies decide what is rubbish or resource. 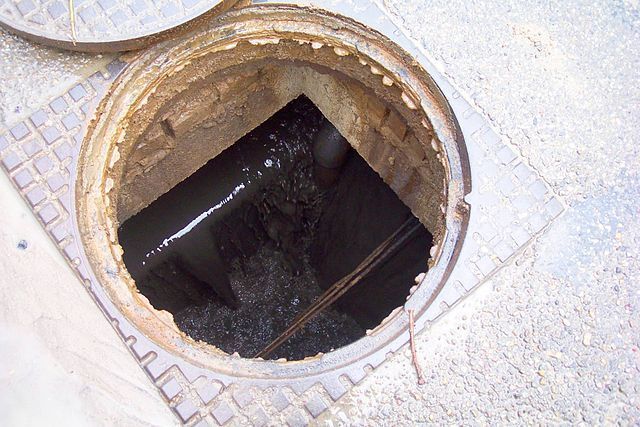 In the modern urbanised world, attitudes to waste tend towards the negative. But these attitudes are a reflection of our political, philosophical and religious frameworks and we learn much about humanity by considering how perceptions have changed through time and space. One man’s ‘rubbish’ is another man’s ‘resource’.

Across the centuries, the efficient removal of waste from the domestic setting has become synonymous with ‘progress’ and civility. By the 18th century it was part of the discourse of improvement, a marker of polite society, a policy driven by the urban bourgeoisie.

Archaeology is particularly well suited for understanding attitudes to waste as the profession is, essentially, based on the study of ancient rubbish; concerned with examining the artefacts and food remains thrown away by people in the past.

Looking back, or sideways, to hunter-gatherer groups it is clear that ‘waste’ was/is not a valid concept. Many modern hunter-gatherers societies believe that their environment provides for them in a parental fashion and, as such, they tend to consider it inappropriate to take more than is needed, or waste what is taken.

If we assume that similar beliefs were held by ancient hunter-gatherers, this could explain why Mesolithic settlements produce little evidence for over-hunting and many of the animal remains are highly processed, suggesting that all part of the carcass are utilised.

The mobility of hunter-gather groups and their low population density also reduces the impact of human faeces on their environment. Indeed, human manure would have been spread widely and thinly and so would probably have been an important addition to the nutrient cycle.

The virtuous cycle of return

The ecosystems in which hunter-gatherers exist are generally sustainable because nutrients are recycled efficiently: they are drawn from the soil by vegetation which is consumed by animals (including people) and then excreted back into the same environment.

As soon as humans start deliberately growing food but consuming it elsewhere, the balance can be lost with nutrients excreted away from the environment that produced them. This not only begins to deplete the soil of its nutrients but can also create a problem of human ‘waste’ (excrement) at other locations.

The necessity of waste

As hunter-gatherer groups began to settle down into permanent farming communities, they were confronted with these two problems:

The solution was the domestication of animals, for not only did these animals provide the traction for working the land, but now corralled and deprived of their extensive ranges, these early farming communities were able to gather their dung more easily and spread this on their fields.

For the ancient Greeks and Romans, human and animal manure held an elevated status. By the first century Virgil wrote in his Georgics that:

Yet shall thy land from these at pleasure rear,
Abundant harvests each alternate year,
If rich manure fresh life and nurture yield,
And ashes renovate th’exhausted field
Thus lands in grateful interchange repose,
And wealth unseen beneath the fallow grows.

From this poem is made clear the need to manure fields and leave them to lie fallow for a year so that the soil may recover.

The rise of abhorrent waste

Whilst waste is an important fertiliser, it is also a source of disease and internal parasites – both of which spread rapidly within towns.

The Roman authorities sought to deal with the issue of waste by constructing a monumental sewerage system, the Cloaca Maxima. The Cloaca Maxima was as much a powerful expression of urban development as it was a practical waste management solution. The sewers also had strong religious connection, with a shrine dedicated to the Venus Cloacina, ‘Venus of the Sewers’, and man-hole covers depicting a river god swallowing away waste – known today as the Bocca della Verita, ‘Mouth of Truth’.

For the Romans, cleanliness was very much next to godliness. Roman dirt existed to be cleaned up and the prominence of the sewers in Roman literature, in archaeological remains, in the shrines to Venus Cloacina and in the metaphors of political debate indicate that to control dirt was to reach the state of purity and order that was the cornerstone of the Roman religious and political system.

Medieval filth as a source of fortune

Waste was a source of goodness and, for many, brought not only material benefits in the form of food but also spiritual succor: the Bible is full of references to dung and dunghills, the Old Testament making clear that it is from the dung heap that the poor will be delivered and the unrighteous condemned.

Great effort and industry was put into retrieving manure and spreading it on fields – even the urban population made a contribution, their ‘night soil’ being collected by gong farmers, or ‘gongfermours’. The gongfermour’s job was to clean out urban cess-pits and take the contents out to collection points in at the extremities of towns so that it might be spread on the fields.

The medieval system operated largely unchanged until the 1850s and 1860s when London’s sewers were overhauled on a scale akin to that witnessed earlier in Rome.

Interestingly, two plans were put forward for London. The first was to channel the city’s effluent to a number of key points outside the city, where it might then be transported to the fields. However, critically, this plan was rejected in favour of a scheme that sought its immediate disposal into the Thames.

At approximately the same time, the sewers of Paris were also disgorging large quantities of effluent into the Seine. This genuine waste of a useful resource was commented upon by Victor Hugo (1862: 54) in Les Misérables:

“All the human and animal manure which the world wastes, restored to the land instead of being cast into the water, would suffice to nourish the world.”

In 1840 Justus von Liebig published his Agricultural Chemistry and within a year the first artificial fertilizer factory opened at Deptford, south-east of London, where a ‘Super-phosphate of Lime, Phosphate of Ammonia, Silicate of Potash, etc’ was manufactured.

A new age was born. Where previously farmers had relied on the recycling of locally-produced waste to keep their land in good condition, they now could access a range of specialized products designed for specific crops or soil conditions. What on earth could go wrong?

Think about: Where does the ‘virtuous cycle of return’ still operate in the modern world? Can you think of an example of this or of other situations where it is clear that one man’s rubbish’ is another man’s ‘resource’?