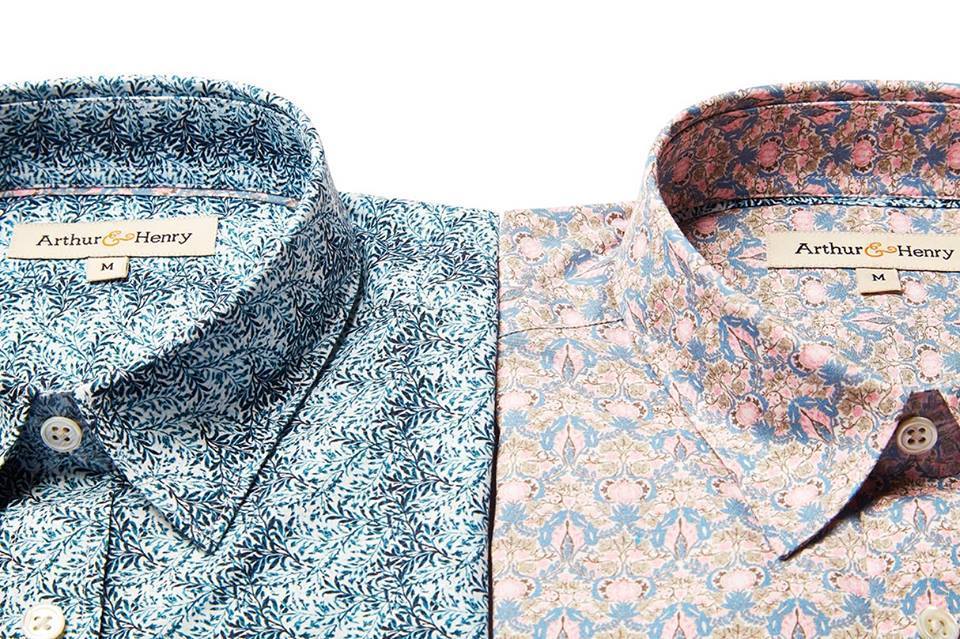 Arthur & Henry is an ethical menswear supplier focusing on high quality smart men’s shirts in organic and Fairtrade cotton. The brand came about after Clare Lissaman was speaking at the Global Congress on Organic Cotton and discovered that most of the male attendees were passionate about organic cotton and its benefits for both farmers and the environment but were not wearing organic cotton as they wore smart shirts with jackets or suits and just couldn’t find any.

Clare teamed up with her brother Mark (and later with Sreeranga Rajan) and established Arthur & Henry, named for their grandfathers. As they say: “Arthur and Henry both lived in an age where a shirt was both an every day item of clothing, and something special to be looked after. Holes darned, cuffs reversed and collars starched. We don’t yearn for a rose tinted past, but we take inspiration from it. An era when men dressed just that little bit smarter and clothes were made to last.”

How Arthur & Henry found suppliers to work with

Challenges in connecting with suppliers and how A&H overcame them

“It was really hard at first. We managed to find some European mills who could supply lengths of organic cotton shirting in smaller quantities. But our ethical stance was tuned not just to growing cotton organically but also to supporting smallholder farmers in Asia and Africa rather than just organic per se. We also didn’t want to ship fabric from Europe to Asia to come back again as shirts but knew we wanted to give work to skilled tailors in developing countries where the income really makes a dramatic difference.”

“Our breakthrough came when we teamed up with Sreeranga Rajan, textile engineer and former textile manager at the Fairtrade Foundation, who became our third co-founder and director. He had both the technical knowledge we were missing in regards to constructing shirts and also the connections to help us set up supply chains in India – close to where the organic cotton is farmed. It just goes to show the importance of making connections.””