What are glaciers and ice sheets?

Article describing what glaciers and ice sheets are, by David Rippin 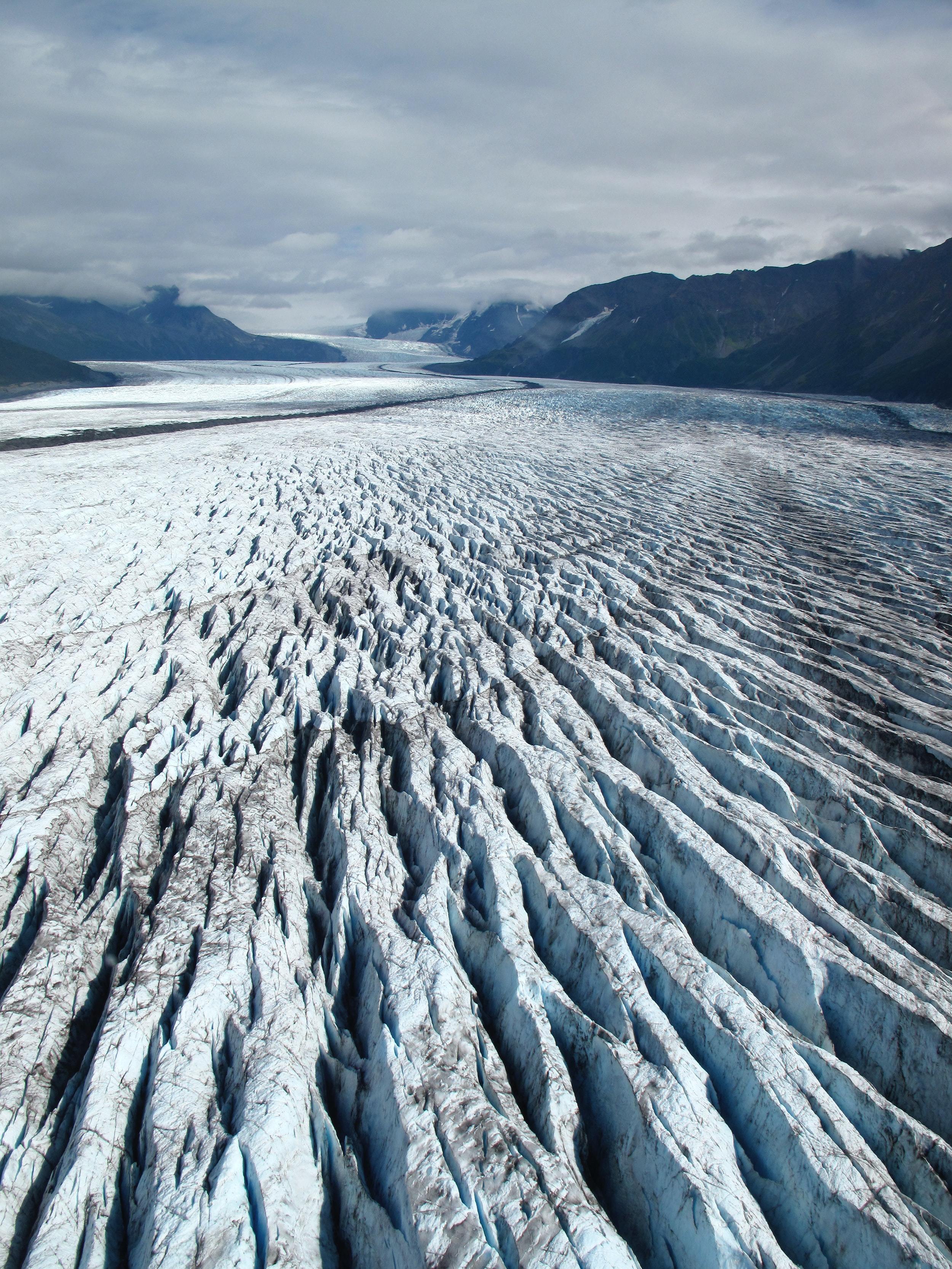 Glaciers are large bodies of ice. They can be as small as a football field or so big that they stretch for hundreds of kilometres. The key defining aspects of glaciers is that they are originally made from snow that accumulates over long periods of time.

Here in the UK, if it snows in the winter, it usually persists for just a few days before melting away. However, if that snow didn’t melt, but instead was able to last through the following spring and summer, and into the next winter, it would then get added to by new snowfall, continuing year after year. Over time, there would eventually be a very substantial accumulation of snow that has built up. As multiple years (layers) of snow build up, they compress the snow layers beneath.

As I’m sure you know, freshly fallen snow is light and fluffy, and this is because there is lots of air in it. The first thing many of us do when we see freshly fallen snow is to dash outside to make a snowball. We do this by scooping up fresh snow and compressing it in our hands, to drive out the air and increase the snow density (so we can throw it at our friends!). The natural accumulation of snow year after year, effectively has this ‘densifying’ effect on the lower layers of snow, i.e. driving out the air and making it ‘harder’.

Over many years, the lowest layers in the accumulation of snow gets denser and denser, until eventually it becomes so dense, with no interlinked air passages, that we say we have ice. If that accumulation of ice sits on a slope, and starts to move downslope due to the action of gravity, then we have a glacier. A glacier therefore, can be defined as a body of ice, formed from the compaction of snow, that moves downhill under its own weight.

From the explanation above, you will realise that one of the key factors required for a glacier to build up is not only for snow to fall, but for this snow to persist. In order for this to happen, air temperatures can be seen to be vitally important. We need them to be low enough in the winter months for precipitation to fall as snow, but we also need them to remain low enough for this fallen snow to persist and last through the spring and summer. These requirements mean that glacier growth is favoured in either high altitudes (e.g. the mountains of the European Alps or the Himalayas) or high latitudes (such as Arctic and Antarctic locations).

The map below shows where we tend to find glaciers. This map is generated from data provided by the Randolph Glacier Inventory. You will observe that ice is either found at high latitudes – i.e. the polar regions – or high altitudes – i.e. associated with mountains. 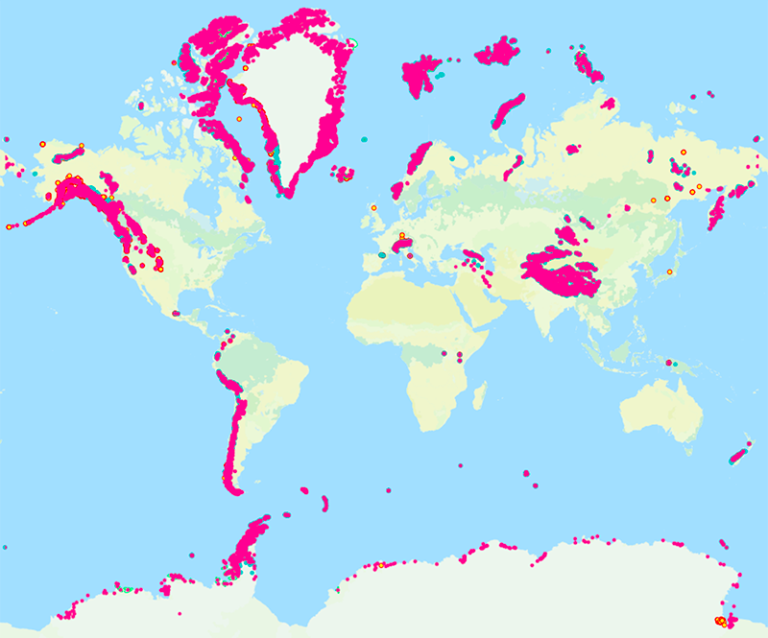 Figure 1. This map is generated from data provided by the Randolph Glacier Inventory. You will observe that ice is either found at high latitudes – i.e. the polar regions – or high altitudes – i.e. associated with mountains. Image courtesy of the National Snow and Ice Data Center, University of Colorado, Boulder, generated using data from the Randolph Glacier Inventory, GLIMS.

You can view the website from where this image originates here.