Article about the future of glaciers. 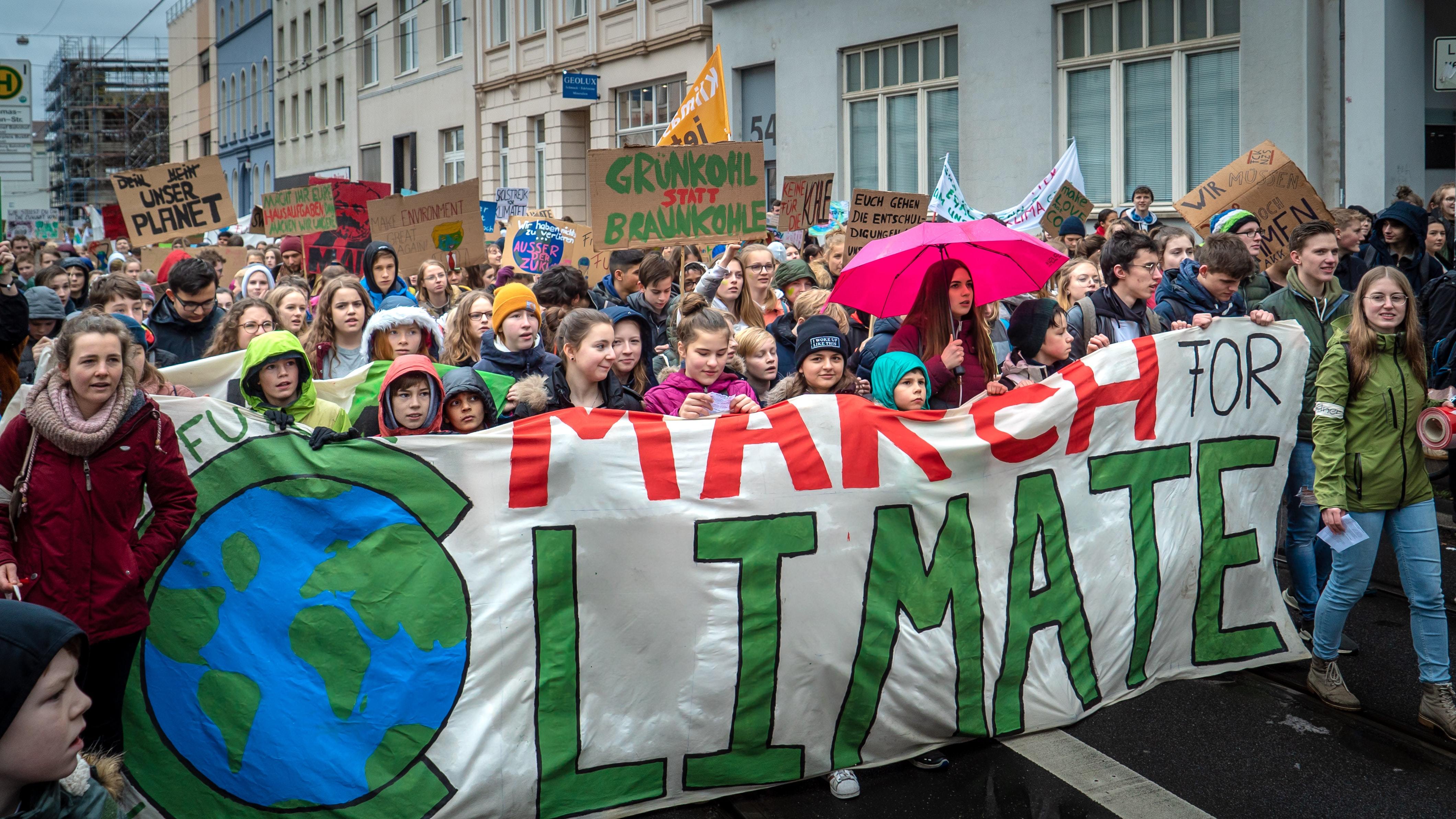 The future for the world’s glaciers and ice sheets looks quite bleak. The changes that we have made to our atmosphere, in terms of the volume of greenhouse gases we have generated, and the implications of this for the world’s temperatures are profound.

As the IPCC report mentions, and as was indicated in the previous step, global temperatures have already warmed to such an extent that even in the best case scenario, with the lowest possible future greenhouse gas scenario, many of the world’s smaller glaciers will disappear regardless. This is not a reason to feel hopeless though… we still all have a role to play in attempting to reduce the generation of harmful greenhouse gases, in an effort to protect our glaciers as best we can, and to reduce the impacts and hazards associated with them.

In addition to trying to reduce greenhouse gas generation, it is difficult to devise other techniques for safeguarding our glaciers.

Below, there is a short animated clip that provides some ideas about growing glaciers!

As this film alludes to, There have been occasional, quite radical geoengineering efforts to protect glaciers. The Rhone Glacier in the Swiss Alps is a popular tourist destination, and for a number of years, local people have been ‘wrapping’ parts of the glacier in light-coloured blankets to reflect the sun’s energy and prevent it from melting the ice – in effect, they are trying to artificially increase the albedo. There have also been other geoengineering proposals, such as blowing artificial snow onto some glaciers to protect them.

Although there might be a degree of success from these approaches, they are simply not practical on the large scale. As discussed earlier in this course, there are about 198,000 glaciers throughout the world and a large number of these are very big. It is simply not practical to artificially wrap all of these glaciers, and so at the moment, such geoengineering approaches to safeguarding glaciers is only really viable at the very small scale.

But what about protecting against glacier-related hazards? Some of the more potentially dangerous proglacial lakes are receiving intense monitoring of water levels because of the hazard they pose, such as Lake Palcacocha, discussed earlier. The idea is that an early-warning system can be used to alert nearby inhabitants of an imminent flood. However, even with such a system in place, this gives a mere 30 minutes for people to evacuate from the danger zone. As it happens, at present, no such alarm system is used, but instead pumps drain water from the lake attempting to keep it low enough to reduce the likelihood of a catastrophic flood occurring and limit potential damage. 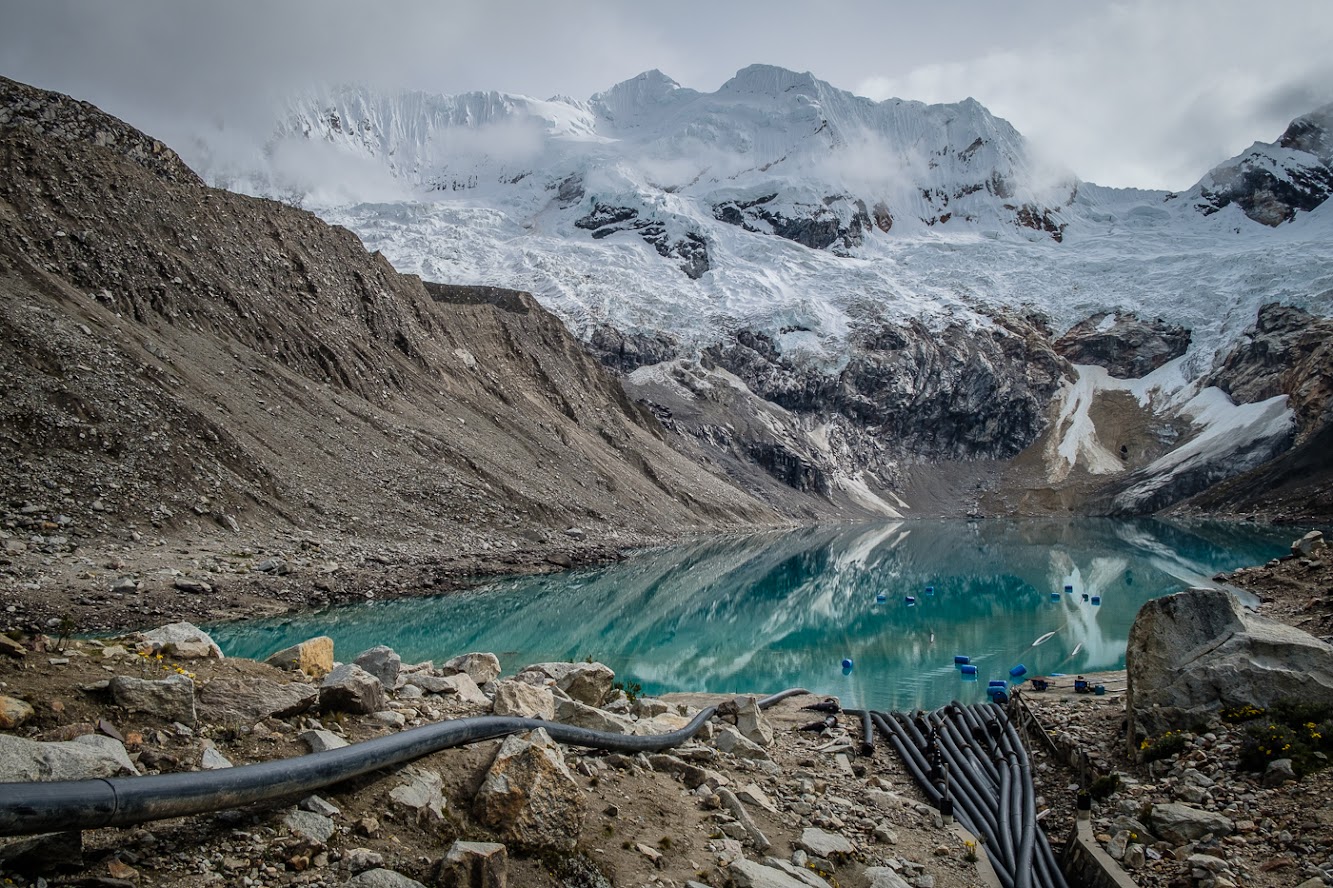 This image shows a network of pipes used to drain water from Lake Palcacocha in the Peruvian Andes.

Another similar lake in Nepal – Imja glacial lake near Mount Everest – did receive remedial measures in the form of artificial lowering and the installation of an early-warning system. However, this work was very expensive, took a great deal of time, and is, of course, only on one lake. To install similar hazard-prevention mechanisms would be extraordinarily expensive, particularly as they will become more necessary as more hazardous lakes form. It is hard to envisage any government being willing to invest the extraordinary amounts of money required to make the thousands of potentially dangerous lakes risk-free.

You can read more about geoengineering approaches to growing glaciers in Switzerland .

If you are interested, this is a good BBC news article about artificially lowering the level of the Himalayan lake.