In this article, Dr Brett Sallach will look at the options available for reducing the risk of pollution and cleaning up our oceans. 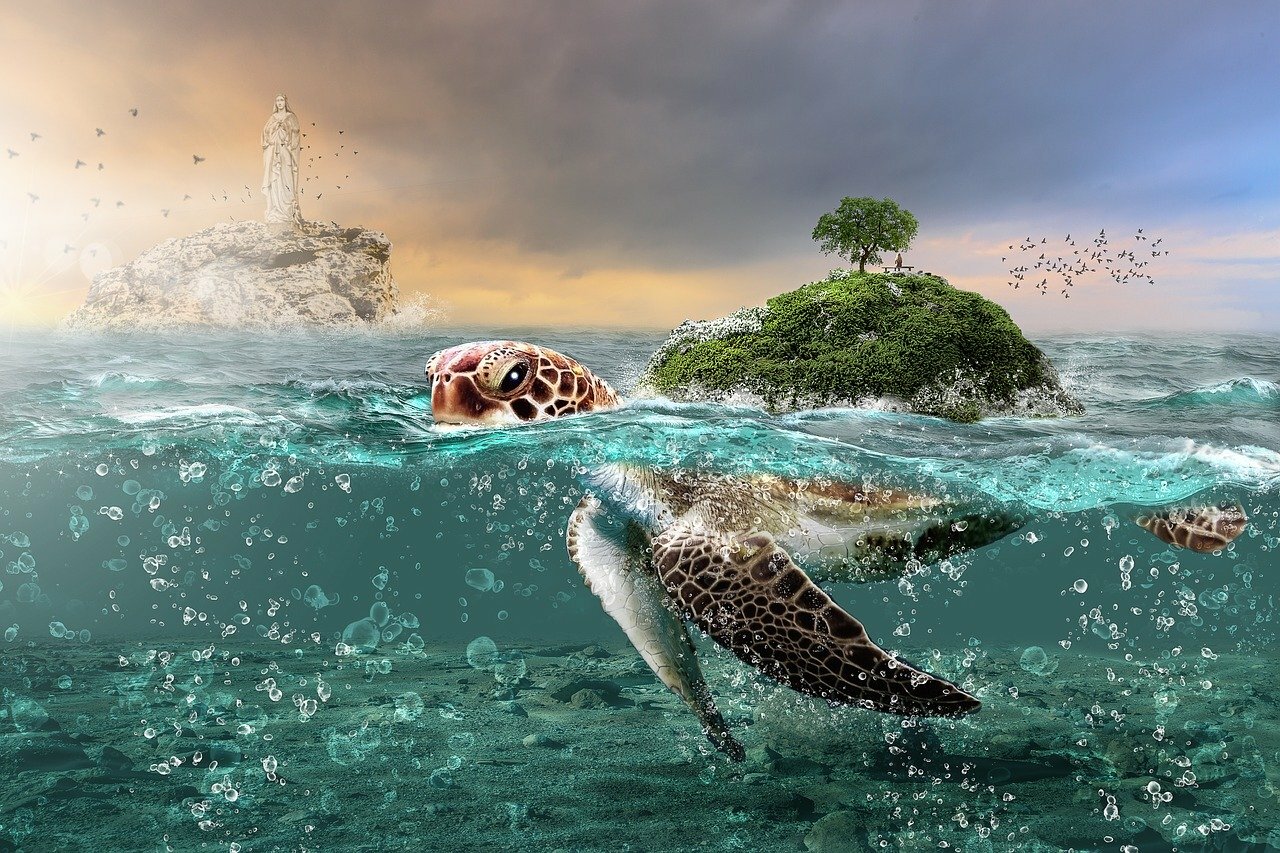 In our examination of ocean pollution we learned about the many different types of contaminants that threaten the health of our oceans and the pathways that they follow to get there. While the threats are many, and the challenges are great, there is reason to be optimistic.

Research and industry scientists continue to develop technologies that may help reduce the risks of contaminants. Additionally, the actions that are required to combat the threat of climate change will go a long way in helping reduce the chemical burden of our oceans.

There are exciting advances in technologies that promise to ease the burden of pollution in the ocean. Sediment amendments with highly sorbent materials like activated carbon and biochars, formed from the combustion of organic materials like coconut shells and wood, are being trialed to reduce the impacts of persistent pollutants. These materials are cheap to produce and can be spread on contaminated sea floors. Over time, contaminants like the POPs that we discussed previously will sorb to these materials where they become trapped, or sequestered, and are unavailable to the animal life that inhabit these areas. Bioremediation that utilizes plants or microbes that are uniquely capable of degrading contaminants are also being considered for their potential role in remediation.

Improved infrastructure including tertiary treatment in our wastewater treatment facilities will help reduce the amount of chemicals that are released in treated wastewater. Advanced sensors are being used in pipelines that carry oil and gas that are capable of rapidly detecting leaks and reducing the scale of oil and gas spills. Precision agriculture using sensing technologies to add the right amount of fertilizer to specific areas of soil promises to reduce the application of excess nutrients that deoxygenate our oceans. Remote operating robotics that collect macroplastic waste from the ocean have even been trialed to help remove plastics that have already entered the marine environment or stop them from reaching the oceans in the first place.

The technology that is presented in the video above has been met with some criticism. Some suspect technical issues resulting from biofouling may be an issue. Others are concerned about ecological impacts on marine wildlife. One of the major criticisms is that this is a distraction from pollution prevention that is actually needed. In the comments below, give your opinion on if you think that this is a viable solution to plastic pollution.

To meet the challenges facing our oceans by pollution will require change at the highest levels of governments throughout the world. We see the signs of these policies happening already in the form of bans on single use plastic straws like the one set to go into effect in England in October of 2020. In addition, countries the world over have set targets for the reduction of carbon emissions and moving away from fossil fuels, which we have seen provide a great threat to our oceans. Strict enforcement of water quality laws, which typically govern freshwater lakes and rivers is also required. As we have discussed in detail, rivers lead to the oceans and the cleaner our freshwater becomes, the more our oceans will be protected.

You may be wondering what you can do at the individual level. There are many things that you can do to help reduce your contribution of chemical pollution. Limiting your use of fossil fuels by riding bikes and using public transport, committing to cutting out single use plastics where possible, and returning unused pharmaceuticals to the pharmacy rather than flushing them down the toilet or throwing them in the trash bin are examples of action you take starting today.

Increasing your knowledge of these issues and letting lawmakers in your cities, regions, and nations know that these are issues you are concerned with will go a long way in shaping the future of public policy is that is more protective of the environment. Tackling the issue of marine pollution is going to require a major commitment, but it starts with us!