Energy use and tobacco cultivation

In this article Dr Eleanor Jew uses an example from her research on tobacco cultivation in Tanzania to show how important energy is for farmers. 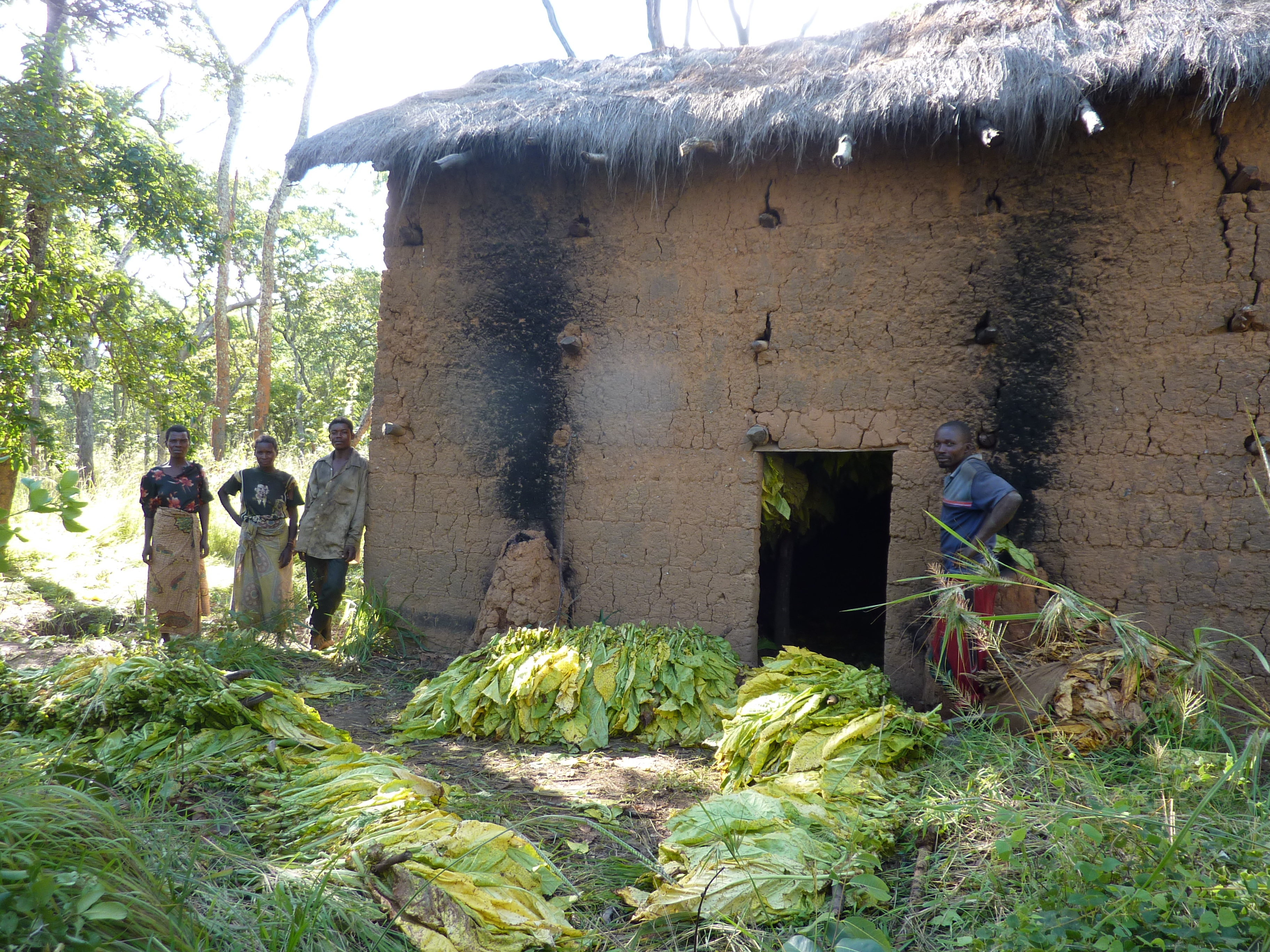 In the previous steps we looked at the use of natural resources for cooking and the alternatives options that are available. In this step we are going to look at how natural resources are used in the cultivation of the cash crop tobacco, using a case study from south west Tanzania.

The Kipembawe Division is a remote area, quite near to the border of Zambia. Almost no tourists go here, as the roads are poor and there is little in the way of tourist infrastructure. The dominant vegetation is miombo woodland, a deciduous group of trees that extends 2.4 million km2 across sub-Saharan Africa. When the leaves fall in the autumn they turn red, yellow and orange, lighting up the landscape.

What is a cash crop? A cash crop is a crop that farmers grow to sell, rather than consume themselves. Other examples are tea, coffee, cotton and sugar.

The miombo woodlands are a vital support to the local communities that live here, supplying timber for constructing houses and stores, wood for energy and food – mushrooms, fruit and vegetables. Because the area is so remote most farmers are subsistence farmers, growing maize, tomatoes and beans. But there is one cash crop that grows well on the local sandy soils, and that is tobacco. Tobacco is an export crop which earns important foreign income for the Tanzanian Government. In good years it can be profitable for the farmers too, and they are keen to grow it. In fact, if the price of tobacco is high when it is released before the planting season people will migrate to Kipembawe in order to grow tobacco and make money. This provides an important source of income that farmers can use for things like school fees, iron roofs, bicycles and investment in other businesses.

You have probably seen tobacco ready to be smoked, it is brown and in small shredded bits. Have you ever thought about what it looks like when it is grown? What about where it is grown or who grows it? Very few people have – but we are aware of the consequences of smoking it, and it probably comes as no surprise that growing it isn’t so great either.

To cultivate tobacco farmers need to clear areas of miombo woodland in order to have an area of land in which to plant it. Tobacco is a nutrient hungry crop, and while it likes the sandy soils under miombo woodlands, they are nutrient poor, and usually can only support the growth of one or two cropping cycles. This means that each year farmers must clear more woodland every year, leading to rapid deforestation. Once the crop is grown it must be harvested and dried so that it is preserved for transport and storage.

To dry the tobacco trees are needed, as they are the only source of fuel. To dry one crop of tobacco the leaves must be cured for about 4 weeks, during which time the tobacco burners are kept going throughout. In total approximately 4134 hectares of woodland are cleared a year in Kipembawe.

This rapid deforestation causes biodiversity loss and reduces carbon storage while releasing CO2. It means that wooded areas are further away from the villages, so women and girls have to walk further to fetch wood to cook with, and it is also having an impact on the availability of fresh water.

Is there a solution?

What can be done to reduce this? The obvious answer would be to stop farmers growing it. But there are currently no viable alternative livelihood options, and this has to come first. To do this a suitable crop has to be found that can grow in this area without being so detrimental to the environment. Accessible and profitable markets are also needed.

In the meantime there are some changes that can reduce the impact on the environment, such as using modern ‘rocket burners’ to dry the crop, which are more energy efficient. In the United States tobacco is dried using gas in large barns, but that is impractical in this remote area. Land use management strategies and reforestation could also help. But while there is an increasing global demand for tobacco, driven by expanding middle classes in Asia, it is unlikely that there will be impetus to make changes before irreversible deforestation takes place. When that happens tobacco cultivation will be unviable and farmers will lose their livelihoods anyway.

To find out about the impacts on the health and wellbeing of the farmers who grow tobacco, read this article in the Conversation.