Find out more
Home / Science, Engineering & Maths / Biology & Biotechnology / The Biology of Bugs, Brains, and Beasts / How green is my valley?

How green is my valley?

Understand more about the factors that can affect species diversity in this article by Dr. Callum Macgregor. 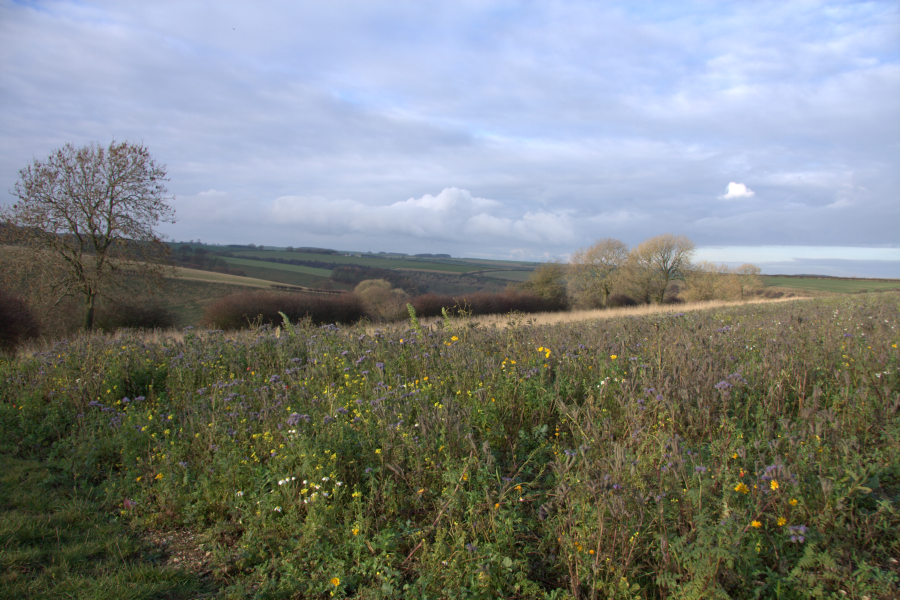 What determines the diversity of an ecosystem; in other words, how many species are present within an area of habitat? Although this question sounds simple, it is actually very complicated to answer. This is because biodiversity can be shaped by a wide range of very complex ecological processes. Fortunately, by understanding some of these processes we can make informed predictions about the biodiversity of a given habitat.

At the very largest scales, we know that the species richness of an ecosystem is shaped by the rates at which two related processes take place: extinction of current species, and colonisation by new species. The likelihood of a species going extinct can be influenced by lots of factors, but a major driver is the area of available habitat. Smaller habitat patches can support fewer individuals, which makes the population more vulnerable to dying out as a result of disease, inbreeding or environmental change. The likelihood of a new species colonising a suitable habitat patch is simpler, and depends chiefly on how close that habitat patch is to other source patches of the same habitat. The greater the distance that needs to be crossed by a species, the less likely it will be able to do so, and therefore the less likely it is to successfully establish in a new area. This idea began as the island biogeography theory, because it was formed by scientists whilst studying chains of mangrove islands in the Florida Keys, USA. However, it is now recognised that the same rules apply to any “island” of suitable habitat set in a “sea” of unsuitable habitat – such as mountaintops, forest fragments, or even wildflower meadows in heavily-farmed areas.

Within a habitat patch, biodiversity can be shaped by the amount of variation in habitat structure that is present. What appears, to us, to be a large area of uniform forest or grassland, can in fact contain a substantial amount of variation that makes a big difference to the plants and animals that live there. For plants, factors such as the pH and moisture levels in the soil can vary at scales of only metres or even centimetres. For animals, physical features might be important, such as suitable ledges for cliff-nesting birds or bare soil for ground-nesting solitary bees. Lots of variation in these habitat features creates lots of unique niches that different species can thrive in, and we call this variation habitat heterogeneity, meaning many types of habitat.

Temperature can also vary enormously at fine scales, depending on the slope of the land and the direction in which that slope faces. South-facing slopes get direct sunshine for more of the day, and are therefore warmer than the surrounding landscape. Some species prefer these warm spots, whereas others might seek the shadier north-facing slopes. This kind of microclimatic heterogeneity can be important in deciding where ectothermic species (those which take the temperature of their environment, as opposed to generating their own heat) live. 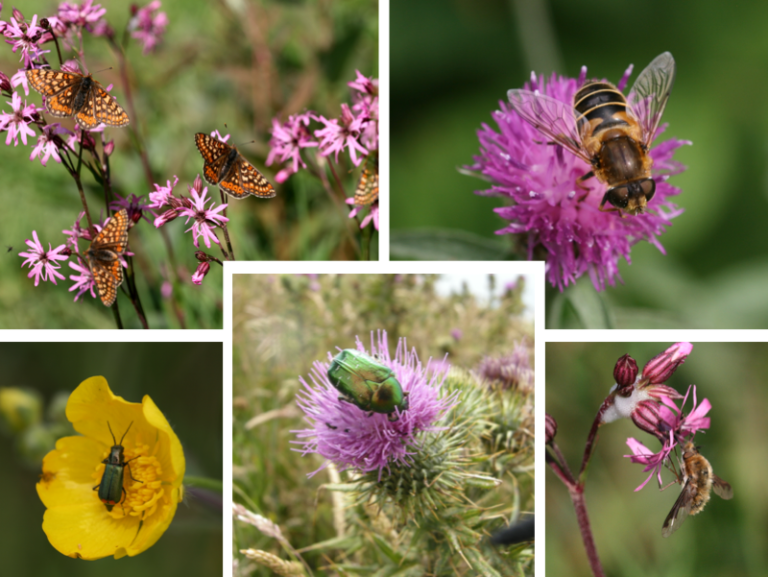 Biodiversity of insects with several species of insect including a beetle and a butterfly. Photos by Callum Macgregor

As well as the physical, or abiotic, factors that can determine species presence at a fine scale, many species also depend on biotic factors – the other species that surround them. Often, this is because those species are important sources of food. For example, many butterflies are evolutionarily specialised to feed on a small group of plant species, or even a single species; they can only survive where their host plant also grows. Other kinds of interactions can also play a role: plants and their pollinators co-depend on each other, as do fruiting trees and the birds and insects that feed on the fruits, dispersing seeds in the process.

Each of these processes plays a role in determining the species richness of an ecosystem, often at the same time as each other. They allow us to make predictions about the likely biodiversity of an area. However, their complexity and the sheer range of different factors that can affect biodiversity means that there is no substitute for actually measuring species richness – in other words, counting species – through scientific surveys and monitoring. In the next article (Step 3.12), we will learn how new DNA sequencing technologies can help us to achieve this!