Climate change and habitat loss are among the challenges associated with conservation. Explore further in this article by Dr. Callum Macgregor. 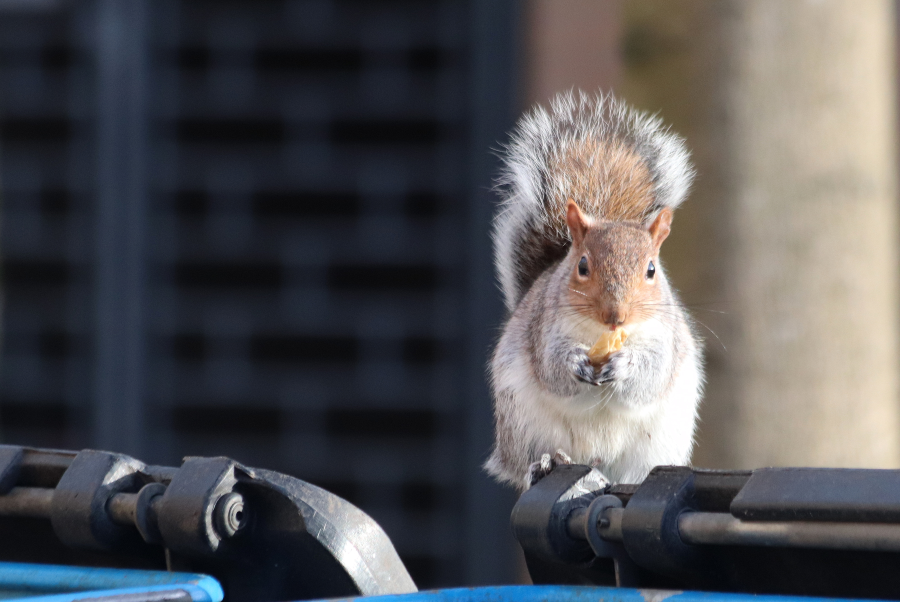 To do this effectively, we need to understand the factors that pose threats to species and ecosystems. Sometimes these may apply to just one species, but many threats are shared across large regions or even at a global scale. Unfortunately, many of them are caused or exacerbated by human actions.

As a consequence of human activity, the climate is currently changing far faster than the natural rate of variation. This makes it difficult for species to adapt quickly enough to cope. Increases in temperature pose a threat to many species, such as those which use temperature as a signal to gauge the changing seasons. Emerging from winter hibernation too early or too late, because the correct temperature cue has changed, can be catastrophic. Climate change also causes more frequent extreme weather events, such as droughts and storms, which can sometimes cause populations to crash.

The impacts of habitat loss (e.g. deforestation of tropical rainforests to make room for agriculture) are significant. Species depend on having a suitable habitat (their “niche”) in order to thrive, and destroying that habitat will be disastrous for many species that live there. But even where fragmented patches of the original habitat type remain, this can still have profound implications for species. The quality of a habitat patch often decreases close to its edge; these so-called edge effects are amplified when a habitat is broken up into small fragments. Furthermore, if individuals of a species are unable to move freely between habitat fragments, then populations in each fragment run the risk of becoming inbred.

Besides causing habitat loss, agriculture is directly implicated in biodiversity declines, especially because of the use of agrochemicals: pesticides, herbicides and fertilizers. Farmers apply these routinely to their crops to increase yields. However, their effects can often spill over into nearby natural habitats, with unintended consequences such as the death of pollinating insects or eutrophication of rivers and lakes. Solving the problems associated with agricultural intensification will be especially challenging, because it is necessary to produce enough food for the rapidly-growing human population.

A large proportion of all animals are nocturnal. Those that are active during the day, and even plants, still make use of the natural rhythms of day and night (and the way in which they change over the year) in order to time both daily and seasonal behaviours. Night-time sources of light in the environment – placed by humans for road safety, security and aesthetic purposes – mask these signals and can directly change the behaviour of nocturnal creatures, making them more likely to fall victim to predators or less likely to breed.

Like all species, humans exploit natural resources for food, as well as for a multitude of other products. But with a growing population to feed and clothe, and improvements in technology making it easier to harvest many resources rapidly and efficiently, there is a growing danger that resources are harvested more quickly than they can replenish themselves. Declining populations of many edible fish species, such as tuna, are a well-publicised example of over-harvesting.

A particular form of over-harvesting is the illegal trade in wildlife products such as ivory and rhino horns. The rarity of some animals, coupled with high demand, increases their value, providing a powerful incentive for local people (often among the world’s poorest) to turn to poaching. Read more about the challenges of saving the African elephant in this article.

Increasing international trade has provided opportunities for species to hitch-hike their way to new corners of the globe beyond their natural distributions. Sometimes these “invasive species” can outcompete native species or carry diseases that lead to their decline. As we saw in Step 3.6, in the UK, grey squirrels have largely replaced native red squirrels, which occupy the same niche, but are smaller and vulnerable to the squirrelpox virus that many grey squirrels harbour. Sometimes, invasive species can even directly predate upon native species. Many of the unique birds of New Zealand, which had evolved to be flightless in the absence of predators, have become critically endangered since boats carried rats, cats, stoats and possums to these remote islands.

Tackling each of these factors in isolation is a challenge, but often several of them will act in conjunction. Fortunately, research can also help us to find solutions to these challenges. In the next article, we will learn about some of the ways in which we can help species to adjust to climate change.