In this tutorial we discuss what SNP genotyping is, and it’s use in Genome Wide Association Studies (GWAS)
© St George’s, University of London

We have discussed the vast amount of variation contained within the human genome, and two different ways in which this variation can be identified – the use of array CGH to identify copy number (dosage) variants and the use of next generation sequencing to read the code of the DNA itself.

There is another method of identifying variation in DNA which is commonly used in the research setting, known as SNP genotyping.

As stated previously, single nucleotide polymorphisms (SNPs) are the most common type of variation in the human genome, and represent the substitution of a single base with another. At least 50 million SNPs have been identified in the human genome and they can be found across the entire genome.

It is possible to look at these single points in the DNA code to see whether a person has a SNP in that position within their DNA.

Look at the code of a gene from the family below: 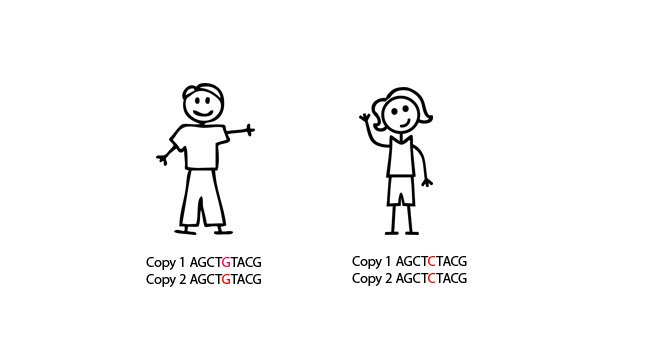 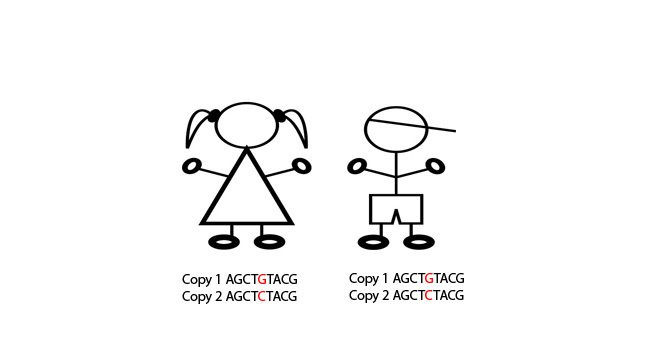 Instead of reading the sequence of the gene, SNP arrays are designed to answer the question: “What nucleotide is present at position 5?”.

In this case the answer would be:

SNP arrays can identify the specific nucleotides present at millions of different positions across the genome where SNPs are known to exist. This technology can be used in different ways in both clinical diagnostic and research settings, but here we will concentrate on one use: Genome Wide Association Studies (GWAS).

GWAS are used to identify whether common SNPs in the population are associated with disease. This can be done by undertaking a case:control study to see whether a specific SNP is more common in people with a specific condition, compared to those without the condition.

A test can be done to see if this difference is statistically significant. If it is, then the “G” nucleotide is said to be associated with that specific disease. 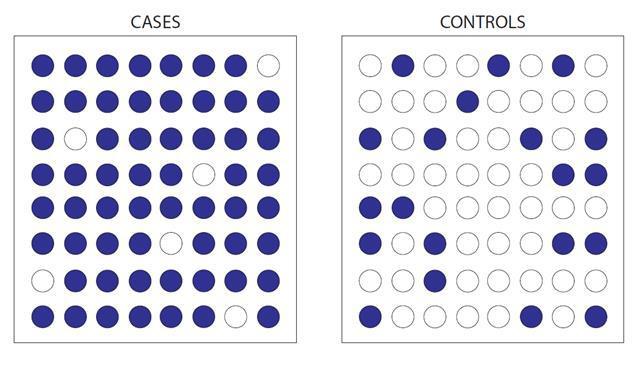 The low level of increased risk of disease conferred by individual SNPs means that SNP data is not currently of use clinically. However, this is the main type of test currently undertaken by direct-to-consumer genetic tests freely available over the internet.

People from different ethnicities have different numbers of SNPs in their genomes. Some SNPs are only present in one ethnic group, and not present in others.