Skip main navigation
Home / Healthcare & Medicine / Biology & Biotechnology / The Genomics Era: the Future of Genetics in Medicine / What is OMICS?

Omics is a new term that has emerged to describe the field of large-scale data-rich biology.Members of this new group are recognised by the suffix “ome” and include the genome, exome, epigenome, transcriptome, proteome and metabolome. 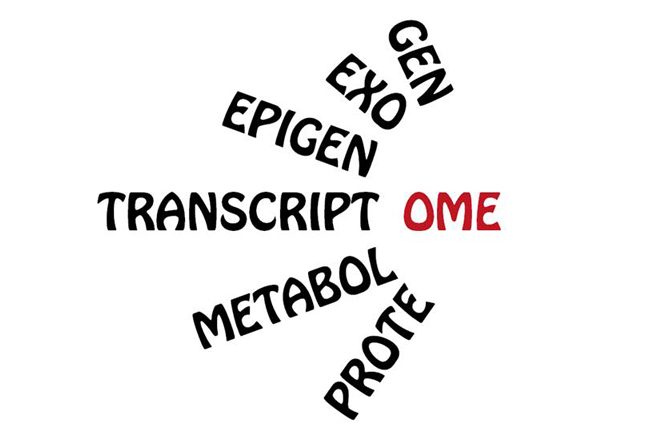 Omics is a new term that has emerged to describe the field of large-scale data-rich biology.

Members of this new group are recognised by the suffix “ome” and include the genome, exome, epigenome, transcriptome, proteome and metabolome.

New omic terms that you may not have met yet include the transcriptome, microbiome, proteome and metabolome. These are discussed below.

Here we recall the central dogma of molecular biology, DNA to RNA to protein, which describes how the DNA template codes for the functional unit of protein. Transcription, the production of messenger RNA (mRNA), is the middle step of this process.

Analysis of all the transcripts being produced at any one time in an individual, disease state or cell tells us which genes are switched on or off. Furthermore, variation at the DNA level can be interrogated for effect on gene expression (the amount of mRNA produced) or splicing (the process which removes intronic sequence from the nascent mRNA to produce mature mRNA, ready for translation into protein).

In addition to mRNA, there is a veritable smorgasbord of other RNA species which are included in the transcriptome; these RNAs do not code for protein, but play multifarious roles in the genetic processes of the cell.

The microbiome refers to the genomic sequences of all the microbes inhabiting a bodily system, such as the gut or skin, or the entire body. By studying the microbiome we can ask two main questions:

By answering these questions we can ascertain what a normal microbiome looks like and what differences we see in disease and during the course, treatment and cure.

The Proteome and Metabolome

All of the OMICS above are related to sequencing of DNA or RNA.

In contrast, the assessment of the proteome – all of the expressed proteins by a given genome or cell – and the metabolome – all of the small molecules (both endogenous and exogenous) present in a cell, system or organism – rely upon other techniques.

While sequencing of nucleic acid usually involves interrogation of individual bases of a growing polymer, proteomics and metabolomics typically rely on techniques which identify the entire molecule based on their charge and mass.