Find out more
Home / Healthcare & Medicine / Biology & Biotechnology / The Genomics Era: the Future of Genetics in Medicine / The Perception of Risk

The Perception of Risk 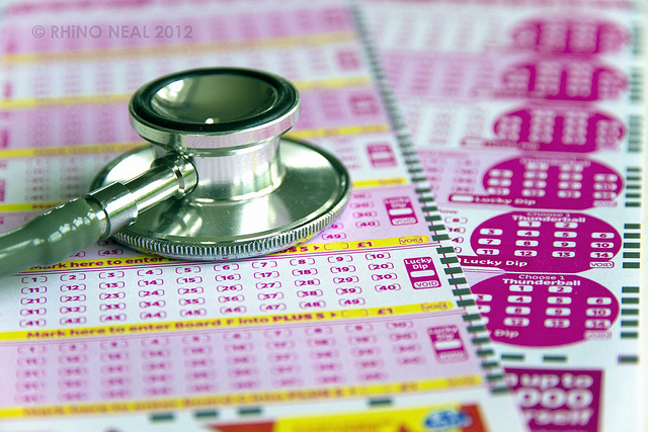 If you had to guess, how many people would you say buy a ticket for the UK’s National Lottery each week?

The actual figure is over 32 million. That’s a lot, isn’t it? 32 million Britons who each week, decide that they’ll buy an average of 3 tickets each and run the 1 in 14 million odds of winning the jackpot. It could be you, so the slogan goes. It could. But it’s not very likely.

Now, to consider something a little more morbid; what do you think are the chances of dying in a car accident? How about a plane crash? A terrorist attack? Which do you worry about most?

Fear and the Perception of Risk

Risks that are unknown, new, and delayed in their manifestation of harm also generate extreme fear, and our cultural and social medium also affects our perception of risk.

Does it help you to know that you’re around 29,000 times more likely to die crossing the road than from a terrorist attack? Perhaps not.

Terrorist attacks represent an unknown, uncontrollable risk, and one that prompts widespread media coverage and warnings about possible future catastrophes. In this case, a lower risk phenomenon (terrorist attack) tends to induce much more fear than a higher risk activity (crossing the road).

And knowledge of risks rarely translates into behavioural change. Everyone knows smoking is bad for you.

You’re 3 times more likely to die prematurely if you’re a smoker than if you’ve never smoked. Yet despite these risks, and for a variety of complex reasons, roughly 1 in 5 UK adults smoke.

Calculating Risk is Affected by Experience

For example, where patients already have experience of a condition, then their perception of risk will be higher. ‘You may well say that the chance of this happening again is tiny. But apparently the risk was 1 in 10,000 the first time and it still happened.’

It’s also important to remember that to patients, the numbers are often meaningless. Many people perceive a 1 in 20 risk as higher than 5% and in one study, over a quarter of people could not identify a 1 in 1000 risk as being lower than a 1% risk.

Genetic risks often align closely with the characteristics that generate fear: they are largely uncontrollable and the future harms are often hard to know for sure.

How exactly will my baby be affected? How long will they live? Will they need to be in the hospital a lot or will they have a good quality of life?

These kinds of questions are generally impossible to answer with certainty. Even where we have answers, they do not always improve patients’ understanding.

Viewed in such a context, then, it’s understandable that we all choose to carry on crossing roads. And why that rollover-week jackpot sees you making a detour to the corner shop for your lottery tickets.

After all, it could be you.

Image: ©“Health lottery” by Rhino Neal. Licensed under CC BY 2.0