In this article, we will discuss the slippery slope argument against prenatal diagnosis and preimplantation genetic diagnosis. 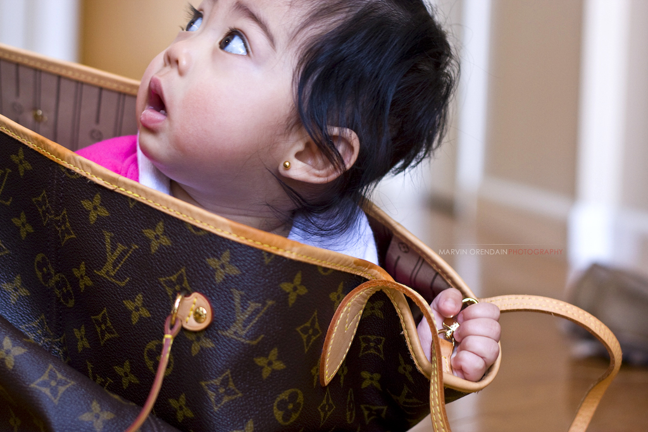 “We are all on the slippery slope – the question we should be asking is: skis or crampons”.1

At the time of writing, the UK is set to become the first country to permit mitochondrial transfer. This is a technique which will allow babies to be born with the nuclear DNA of their mothers and fathers but with the mitochondrial DNA of a donor female.

However, this development has prompted a resurgence of slippery slope arguments and fears of ‘designer babies’ that started with the birth of Adam Nash, born as a result of PGD (pre-implantation genetic diagnosis) in order to be a suitable cord blood donor for his sister, Molly, who suffered with Fanconi anaemia.2

But is the slope really slippery? And what is a designer baby, anyway?

The term ‘designer baby’ was coined by journalists and first entered the Oxford English Dictionary in 2004. The OED’s definition has evolved over the years but is currently ‘a baby whose genetic make-up has been selected in order to eradicate a particular defect, or to ensure that a particular gene is present.’3

However, this definition would encompass any baby born after PGD or prenatal diagnosis in order to avoid genetic disease. In fact, the term ‘designer baby’ is generally used in the press to mean a baby who has been selected with enhanced physical or intellectual attributes; a baby who is part of ‘a kind of demi-god race that will be taller, healthier [and] better-looking.’4

It is loaded with negative connotations and fears for the future. For instance, Sir Robert Winston, IVF pioneer, has warned that “rich people may well be able to afford, in due course, the kind of enhancement to their genetics that other poor people may not be able to afford,” and that such practices would “threaten our humanity.”5

But are such fears really justified? Proponents of a ‘slippery slope argument’ against any selection of genetic traits say that even if action ‘A’ may be acceptable in itself, it must not be allowed because it is the top of a slippery slope that inevitably leads us to position ‘B.’

In the case of designer babies, supporters of this view would suggest that even if it may be acceptable to avoid, say, a baby born without fatal mitochondrial disease, (position ‘A’), this will inevitably lead us to unfettered modification of the embryo to select for such trivial traits as eye colour or physical prowess.

However, such an argument is flawed. Firstly, it presupposes that the use of genomic technology to reliably select for particular traits is something that is simple or straightforward to do. There are several objections to this assumption.

The first is that in the three and a half decades since IVF was first used and the two and a half since PGD was first used, there have been very modest improvements in their success rates. Even for IVF without any embryo selection, the highest live-birth rate is quoted as around 30%.6

The fact that IVF so often fails is something that was highlighted by Lisa Jardine,7 former Chair of the HFEA (Human Fertilisation and Embryology Authority) and is one reason why IVF/PGD is very unlikely to appeal to fertile people who have no genetic diseases.

In addition, as we have heard throughout this course, we are still unsure as to what the majority of the genome actually does.8 The idea that we could very simply choose certain characteristics, ones as complex and multifactorial as intellectual ability or sporting prowess, is beyond remote.

Further, as science writer Mark Henderson notes, embryologists can only work with the raw materials available to them in the form of the parents: “It is all very well ordering a designer baby with the brains of Stephen Hawking and the body of Kate Moss. If mum and dad don’t have those qualities, it isn’t going to happen.”9

Let’s put these objections aside and assume that it may someday become possible to select for ‘enhancing’ traits. Even then, the argument that the ‘designer baby’ scenario is inherently horrific since it would cause greater socio-economic inequality is also difficult to swallow.

The rich always have greater opportunities available to them; opportunities which generally result in some sort of advantage over people who are poorer. Whether this is the likely greater ability to choose a more handsome, more intelligent or wealthier mate or the ability to access a higher educational level.

At the most basic level, most people in the developed world, who don’t have a day-to-day struggle with survival, are at a distinct advantage over those in war-torn or unstable countries. None of this means that we should ban universities, hospitals or private members’ clubs, for fear that they would convey some sort of advantage over people who don’t have access to such things.

Finally, and perhaps most importantly, the slippery slope argument assumes that there are no checks and balances in place that would prevent us reaching the bottom of that slope – it assumes that clinicians and policy makers are busy strapping on their skis rather than putting crampons in place.

Existing UK law on embryo testing and selection prohibits the use of PGD for anything other than therapeutic purposes; for example, sex-selection is expressly forbidden.10

It is not unreasonable to believe that any selective practices will continue to be tightly regulated and treated with great care and caution. A belief in society’s vision and will to do good is essential for progress to be made in any field. John Harris, Professor of Bioethics at the University of Manchester, puts it this way:

“It would be irrationally self-defeating if we decline to permit work which is in no way immoral and can benefit us all, merely because we fear at some time we will not have the courage to object to work that is immoral.”11

Image: ©“Designer Baby” by Marvin O. Licensed under CC BY 2.0