This article looks at how visual aids enhance learning by using an extra channel in working memory.
View transcript
8.9
A large part of our brain, about a third in fact, is dedicated to vision. So, if we want our training to be as effective as possible, we need to make use of this vast resource. The idea that some people learn best from pictures (so-called ‘visual learners’) was popular for a while in the 1990s, but this was discredited in 2005. It is now generally accepted that everyone can benefit from good visual support. But it is important to remember that visual aids should have an educational purpose and not be there simply for decoration. A picture from Google image search which is vaguely relevant may not help at all even though leaners may say they like it.
54.9
In 2012, two groups of NHS managers were given the same presentation on communication but supported by different visual aids. One group saw PowerPoint slides which contained text summaries of what the presenter was saying, and the other group had their presentation supported by images which were relevant, but which had no educational purpose. Which group do you think rated the visual support most highly? Which group do you think remembered the most? The group who saw images rated the slides much more highly than those whose presentation contained only text. But when participants were tested two weeks later on what they could remember, there was no significant difference. Both groups scored equally poorly.
104.6
This was because neither set of slides were designed with any educational purpose. On this course we have only shown you images which have been carefully designed to aid understanding and retention. Such as the city flyover representing our thousands of mental models in our long-term memory, and the tunnels which represent the limited access through working memory. Visual aids can also ensure everyone is thinking of roughly the same idea. For example, this slide sequence from a recruitment course. It brings to life the notion that interviewers should keep unpeeling layers to be sure of what their interviewee really feels about a given area.
146.9
And from the same course, this schematic which encourages them to keep probing to be sure they have genuinely ‘got below the surface’. We’ll revisit the visual medium again in Week 4, where we consider how to create visual impact when there are few images available due to the nature of the subject.

As we saw in the video, visual aids can increase learners’ thinking capacity by using the image channel. Trainers achieve this in a variety of ways, for example by displaying photographs, diagrams, videos and by drawing on whiteboards and flipcharts.

Look closely at the picture of Carpentry course students below. Do you notice anything unusual?

You probably saw they both have one hand behind their backs. Woodworking tools are generally designed for two hands, so it would be odd if they were only allowed to use one. Yet a trainer who doesn’t use the visual medium (remember, most screen text is processed as language) restricts learners in a similar way. In this case by only using one processing channel when two are available.

This content is taken from
Health Education England online course,

A common use of visual support is a diagram. The example below shows the role of heart valves in maintaining circulation. 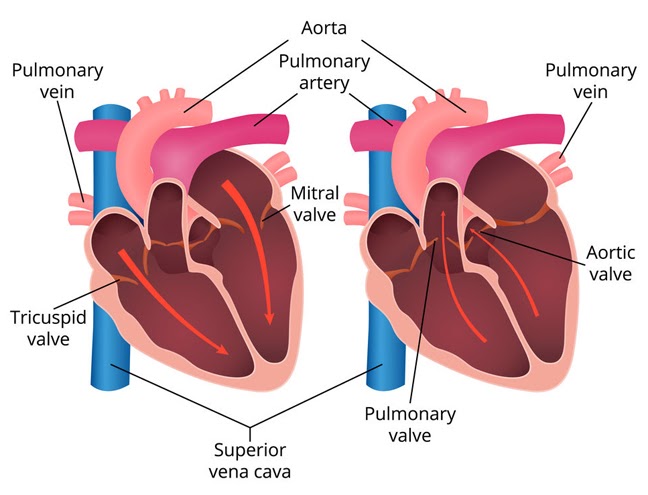 Note how the names of the various parts are close to the respective part. Diagrams labelled in this way are easier for learners to understand than those which are numbered and named in a separate table. In that layout, learners have to switch back and forth between image and names.

In the video for this step, Amanda explained that the amount of processing power available to learners can be increased by use of the image channel in Working Memory.

This concept may be new to some course participants. So we used the visual metaphor of two tunnels to help create a mental model.

Did you find this image helpful? Would the image be improved if the text ‘Working Memory’ was placed above the tunnels?

Images are often recalled more readily than words. For example, the picture below, the image of a funnel is drawn on a Counselling Skills course as an analogy for careful listening and information gathering.

The trainer could simply say, ‘It’s like a funnel’. But instead, she draws a funnel and explains the relevance of each section as it builds. She places the drawing on the classroom wall so she can refer to it again later.

This is a real-life example. The trainer has received feedback from past learners that they sometimes picture a funnel when they are speaking with clients. The mental image reminds them to encourage the person to keep talking.

Video recording and editing is within the capability of anyone with a Smartphone. The possibilities for educational video are almost endless, with the caveat that it should have a purpose linked to the achievement of outcomes.

Images and video recorded in a healthcare facility which is known to learners can have an enhanced impact. This is because they recognise items such as staff uniforms and buildings.

This short video from the FutureLearn course Learning Online: Studying and Reflecting, provides basic guidance. To find a rich variety of educational video designs, consider registering with Khan Academy and exploring approaches used by other makers of education videos.

Virtual reality (VR) is becoming increasingly available for training. It provides ‘immersive’ experiences which can be deeply engaging. In the screenshot below, the learner experiences visual impairment brought about by macular degeneration. 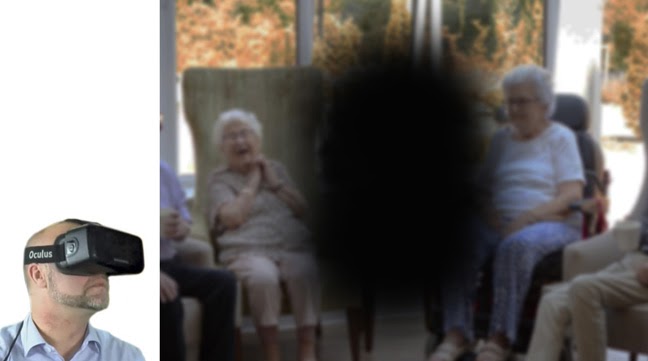 VR has a high novelty appeal, but as with all forms of learning technology, its true value lies with the provision of lasting learning experiences. In particular, it allows healthcare professionals to get closer than ever before to experiencing a particular healthcare need.

Can visuals help all learners?

Visuals can help all learners, as long as they are designed at a level appropriate for the training.

You may have heard of the term ‘visual learner’. This came from a theory known as ‘Visual, Auditory, Kinaesthetic’ (VAK). It gained a following among some educators in the 1990s. VAK theory was discredited in the early 2000s1, but the term is still sometimes heard.

There are as many individual differences as there are people in the world. Each person has their own learning preferences. However, a significant body of research indicates that teaching to individual preferences produces no benefit.

Can decorative images be helpful?

Decorative images can be helpful, particularly with online learning where they have been shown to improve learner mood, and motivation to continue with a course.

Because decorative images also use the visual channel, it should be borne in mind that they can interfere with visual processing. Expert trainers know this and turn off the screen when they tell a story. This allows a free rein for learners’ visual channels as they imagine scenes stimulated by the narrative.

What happens if text is presented as a visual aid?

Some presenters display their words on a screen as they speak. They believe language presented in two modes simultaneously produces extra retention. A significant body of research suggests otherwise. At its worst, text which mimics the trainer’s speech can result in a reduction in learning. This is due to an overload of working memory as learners attempt to simultaneously listen to and read language processed at different speeds. 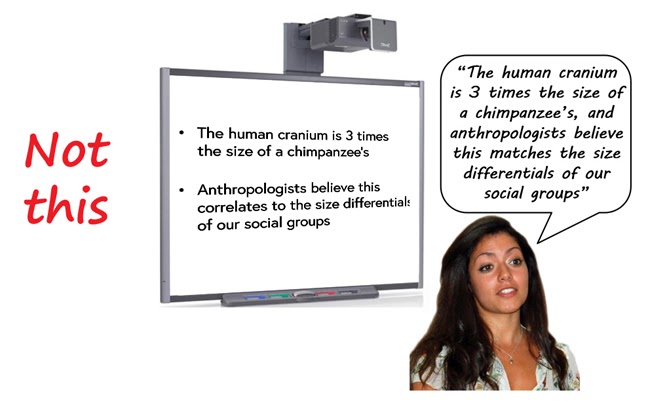 If a trainer wishes to display text, cognitive load can be kept to an acceptable level by keeping the text brief and allowing time for learners to read it for themselves. Once they have digested the text, the trainer can expand on its meaning or ask questions about it.

The most efficient use of learners’ mental capacity is to employ language and image channels by speaking while showing an image that enhances the point, as below. 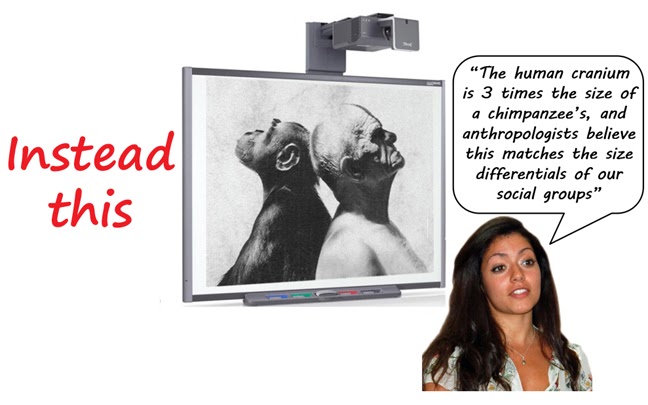 Learner overload can also be found in online courses where text and narration are provided simultaneously. There is reliable evidence to show this practice be avoided for the same reason. If there is a need to include narration, aim to reduce text to an absolute minimum so the learner can concentrate on the spoken language.

When is text helpful as a visual aid?

Although we have explained that text and speech cause mental interference when used together, text has a role as a visual aid in certain circumstances. Below are examples:

The visual channel and imagination

The visual channel is also used by imagination. It is employed when we recall a scene or picture, listen to a story, or hear a fresh metaphor.

This content is taken from Health Education England online course