Definition of weather
© University of Twente
Earlier on, you learnt about global atmospheric circulation and how it creates different climate zones. In this short article, we will review the definition of weather and how weather patterns can be expressed.

Weather refers to the condition of the atmosphere, indicating how wet or dry it is and to what extent it is either hot or cold, clear or cloudy, stormy or calm. In other words, the term weather relates to the daily temperature and precipitation activities. Weather occurs in the lowest level of the Earth’s atmosphere: the troposphere. Weather is determined by variations in air pressure, temperature, and moisture content between locations. These variations arise for several reasons, including temperature gradients, and orography (mountains). However, the main driver of weather is the unequal distribution of solar irradiation on Earth.

The movement of warm and cold air around the globe is described as the weather system. In other words, weather systems are weather patterns (Bluestein, 1993). These movements are referred to as low and high-pressure systems. 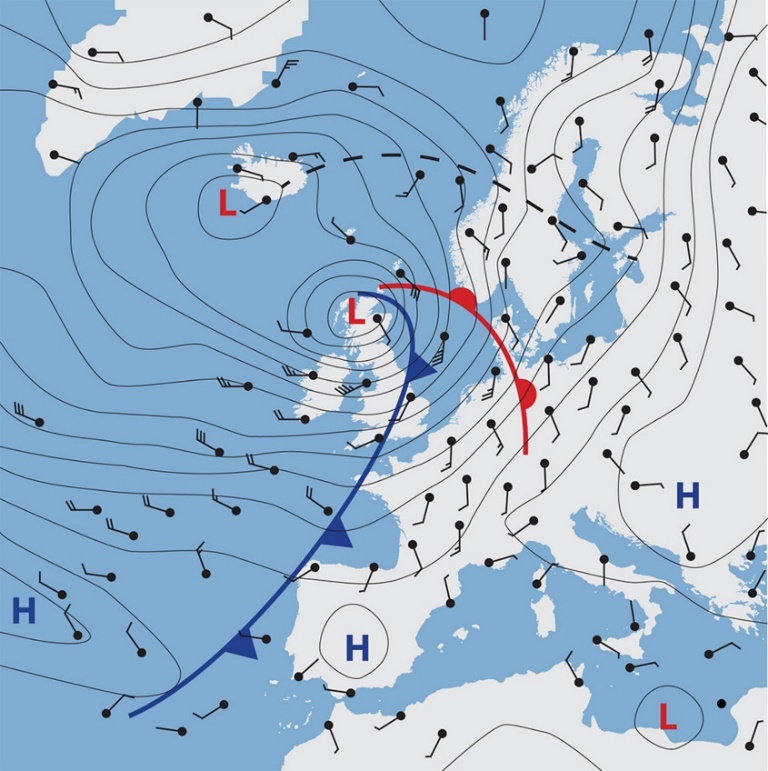 The next article will address the climate system and will establish the difference between weather and climate.