What does society expect of women?

This question is important because the other way that a perpetrator’s controlling tactics go unnoticed is that the requests and demands can represent the social expectations of women. In other words, coercive control is about exploiting gendered roles (Stark, 2007) with the primary aggressor using the collective, ‘normal’ roles of wives and mothers as leverage.

This means that people who know him might describe the aggressor as ‘an old-fashioned man in his expectations of how his partner should behave and how his house should be run’ (Tolmie et al., 2018, p 189). They could justify his controlling acts as normal, protective, or righteous. As a result, the acts in and of themselves are not seen as criminal – rather they are the acts of a man with ‘normal’ expectations of a mother and wife.

It may be fair to say that we all sometimes use a degree of influence when trying to persuade someone to do something we want them to do. This is especially so if we are persuading someone where we may have a natural advantage, power imbalance or shared interest and are adventageously placed to manage or take control of an important component of a shared life.

However, we must be clear: abusive acts of coercive control are different from acts of persuasion or influence.

The most significant difference between coercive control and persuasion or influence is the matter of choice. For those being influenced or persuaded they have the capacity to say ‘no’ to the influence or to choose not to accept the options presented.

In cases of coercive control, the choices offered to the victim are constrained – some ‘choices’ are very likely to have negative consequences (i.e. deciding not to do something). In effect, this limits the victim’s options. (Hamberger et al., 2017). 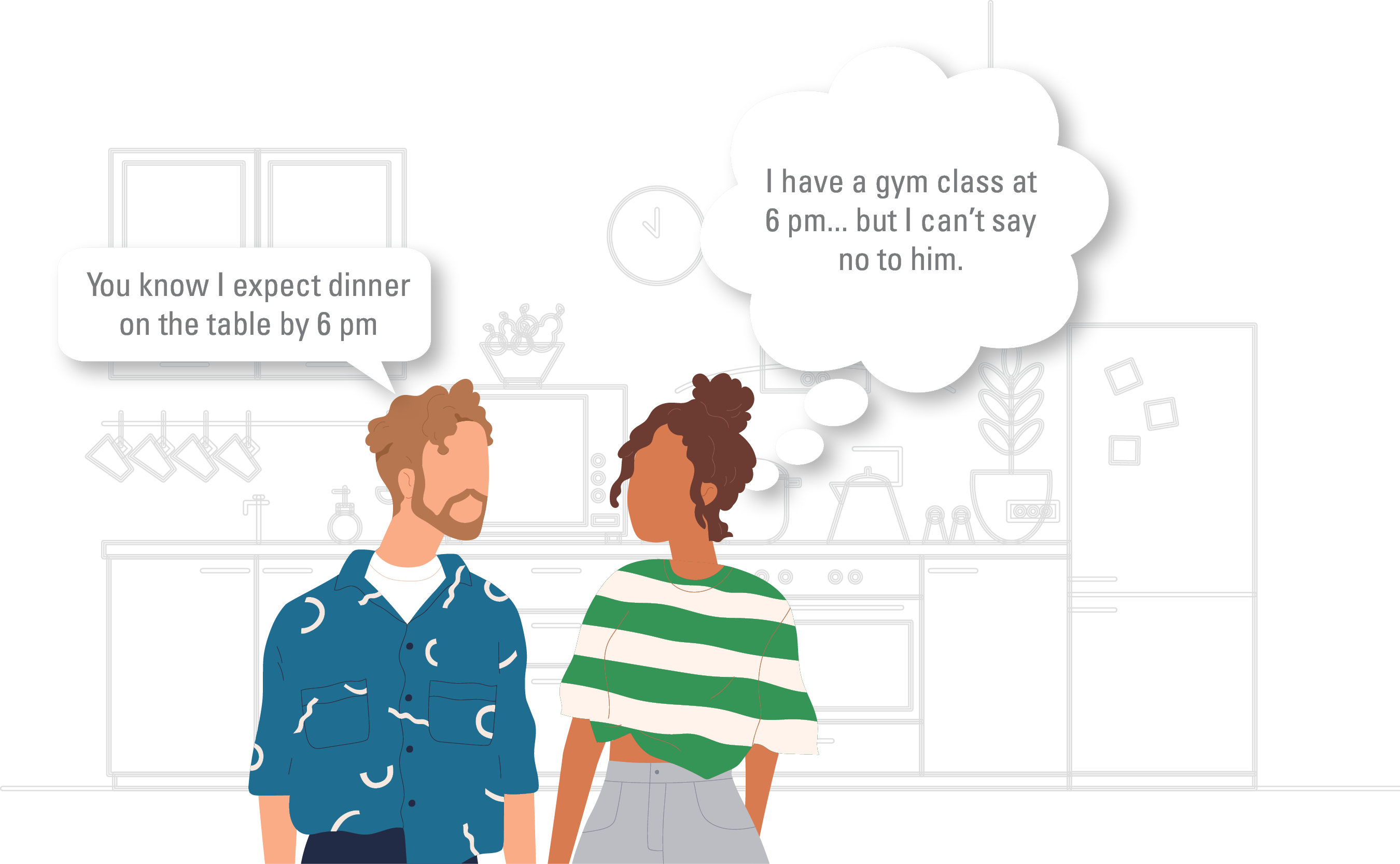 The tighter and more ‘successful’ the tactics of coercive control are, the fewer choices and options the victim has. This pattern ultimately eliminates the victim’s options, leaving just the abuser’s choices for the victim. This applies to every dimension of the victim’s life. Gone are the victim’s choices about her health, occupation, sexuality, reproduction, and relationships with others. Compliance is forced through instilling the fear of adverse consequences, and ‘rewarded’ through removing the threat.