In this article we introduce the biomarkers used to detect and track progression of neurodegenerative disease. 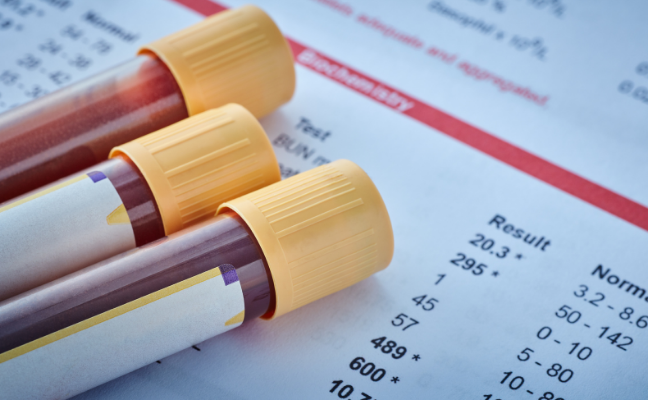 Biomarkers are measurable signals that help provide a read on the state of health or disease in the body.

If we know a particular biomarker reflects a particular condition then it can be used as a bit of a proxy measure to detect and track progression of a disease process. Biomarkers can also be used to measure the effectiveness of an intervention – by comparing the levels of the biomarker before and after giving a treatment, we can get an idea of whether the intervention has had the desired effect.

Let’s take cholesterol as an example. We know that higher levels of low density lipoprotein (LDL) cholesterol (the ‘bad kind’ of cholesterol) can put people at increased risk of heart disease.

So measuring LDL cholesterol with a blood test can be a useful biomarker for heart disease.

Firstly, it can help us judge an individual’s level of risk for future heart disease. For example, if the level is raised then the person may be considered at higher risk.

Secondly, we can use the biomarker to determine if an intervention we put in place has had a beneficial effect on that disease risk. For example, if an individual with raised LDL cholesterol then makes changes to their diet and increases their amount of exercise, we can measure the cholesterol again further down the line and, if we find the levels have gone down, we can conclude that those lifestyle changes have helped to reduce the person’s risk for heart disease.

With this concept of biomarker analysis in mind, let’s now re-join Craig and look at how we might develop and use biomarkers to investigate neurodegenerative disease.