Behind the principles of Hangeul, there are three common heritages of East Asian thought. I’ll briefly describe these components. 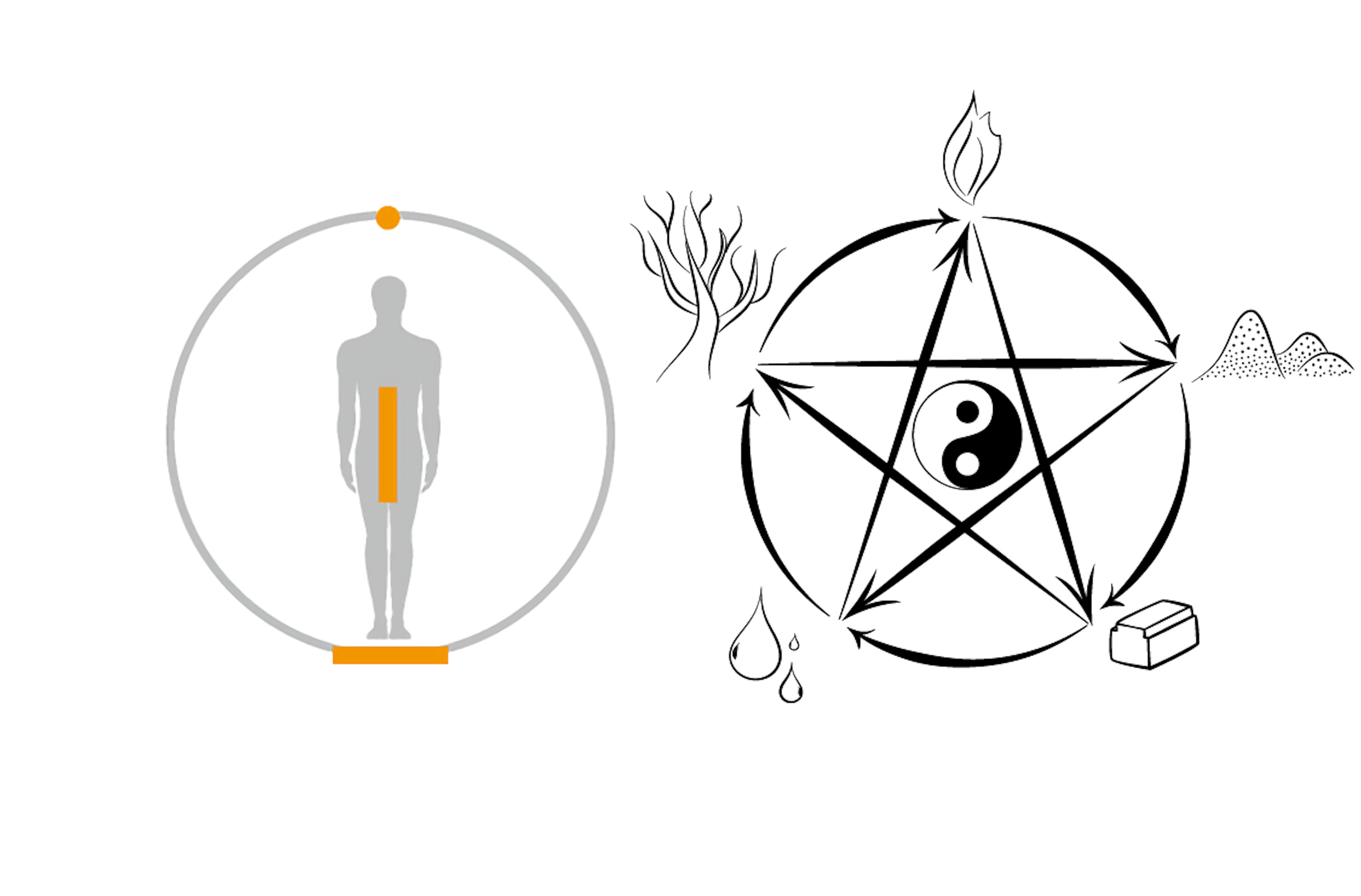 As we learned in the video in 2.6, Hangeul’s originality is in fact also an achievement developed from cultural boundaries.

Behind the principles of Hangeul, there are three common heritages of East Asian thought: the East Asian Trinity, the Yin and Yang, and the Five Elements.

The three primary vowels of Hangeul are the symbols representing “heaven ( • [ʌ] )”, “earth( ㅡ [ə] )”, and “human ( l [i] ),” which comprise the “East Asian Trinity.” The Hangeul vowels were also designed to express dual characteristics in “Yin and Yang,” while the Hangeul consonants are categorized according to five articulation positions in the mouth, matching the “Five Elements.”

So, what are they? Why was it so important to integrate these intellectual heritages of East Asia? I’ll briefly describe these ingredients which permeate Hangeul.

“Samjae” (C. Sancai), which I call the “East Asian Trinity,” is a worldview that understands humanity as an active agent mediating Heaven and Earth. This idea originated from ancient China, but the development of Chinese philosophy emphasized “the unity of Heaven and Humanity”, whereas in Korea this unique type of trinity was appreciated as a dynamic structure drawing insight to the relationship between the natural world we depend on (Earth) , the ultimate reality we look up to (Heaven), and us human beings who lead life between them.

The Yin and Yang

The “Yin and Yang” is a concept of dualism. They describe how seemingly opposite or contrary forces may actually be complementary, interconnected, and interdependent in the natural world, and how they may give rise to each other as they interrelate to one another. In Chinese cosmology, the universe creates itself out of a primary chaos of material energy, organized into the cycles of Yin and Yang and formed into objects and lives. Yin is the receptive and Yang the active principle, seen in all forms of change and difference.

I would like to introduce an interesting video in which you can get more details on the Yin and Yang.

“The Five Elements” is a fivefold conceptual scheme that many traditional Chinese fields used to explain a wide array of phenomena, from cosmic cycles to the interaction between internal organs, and from the succession of political regimes to the properties of medicinal drugs. The “Five Phases” are Wood(木), Fire(火), Earth(土), Metal(金), and Water(水). This order of presentation is known as the “mutual generation”(相生) sequence. In the order of “mutual overcoming”(相克), they are Wood, Earth, Water, Fire, and Metal.

I would like to introduce an interesting video in which you can get more details on the Five elements.

Do these elements of Hangeul give you a new appreciation for this written language? How much of it did you know beforehand? Share your thoughts on Hangeul in the comments!