What happens when you hear a song or listen to a performance in a foreign language? This may seem like the exact opposite of translation as you are exposed to a source text that is completely untranslated. But is it? Is that the end of the story?
© Cardiff University

What happens when you hear a song or listen to a performance in a foreign language?

This may seem like the exact opposite of translation as you are exposed to a source text that is completely untranslated. But is it? Is that the end of the story?

(By Cristina) I remember when I was a child and I had very little English indeed, I used to listen to songs in English and often learn song lyrics off-by-heart without understanding one single word. One of my favourites was Wham’s Last Christmas; for those old enough to remember, it’s a rather trivial text about a failed relationship, but for eight-year-old me – as I’m sure for many non-English speakers who relied on the video rather than the meaning of the lyrics – it was all about the joy of spending time with friends and soaking up the Christmas spirit (and yes, I completely missed the homoerotic subtext too!). 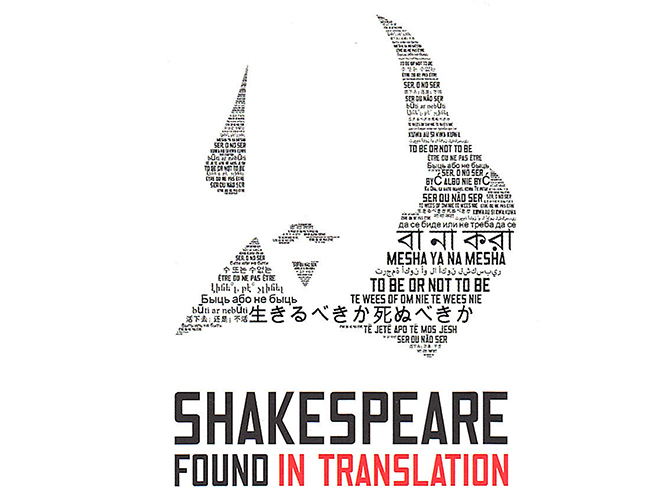 In fact, research on intercultural spectatorship suggests that the response to foreign language performance, be it in the field of music, theatre or film, is never complete non-understanding.

Even if we do not understand the language that is spoken in performance, we still respond to it in a different way and create a different relationship of meaning (Knowles, 2010). As spectators, we are used to giving meaning not only to sounds and language but to objects, gestures, facial expressions and put those meanings together to create a story in our own mind.

In 2006, I saw a production of Titus Andronicus at the Royal Shakespeare Theatre in Stratford upon Avon, by the late Japanese director Yukio Ninagawa. The production was entirely in Japanese, a language I do not speak or understand. Yet, as a spectator, I was able to follow its development, combining the sounds and intonation of the unknown language with actions, facial expressions and gesture. I could understand the characters’ intentions and feelings almost more directly than in performances where I did understand the language.

Titus is one of Shakespeare’s most powerful ‘revenge plays’, where the violent power of anger is inscribed in the script as well as in the action. A key moment in the play occurs when Lavinia, Titus’ daughter, is raped by his enemy and her tongue is cut out to prevent her from denouncing the perpetrators. Shakespeare’s lines express Titus’ fury at the sight of his mutilated daughter: ‘Mortal revenge upon these traitorous Goths, and see their blood, or die with this reproach’ (Act 4, scene 1, 92-93).

In Ninagawa’s production, those lines didn’t reach the non-Japanese viewer, but the violent power of revenge echoed in Titus’s Japanese lines, which reached spectators as war cries of a samurai warrior, while the image of blood was conjured up by a ribbon of red silk cascading through Lavinia’s mouth as a silent symbol of injustice and the suffering imposed on women by an imperialist society (Billington, 2006).

This is what happens when we listen to foreign language performance; instead of remaining passive recipients, as a traditional spectator would, we become active ‘translators’ (Marinetti, 2013) and make sense of a language we cannot understand.

We do so through its relation with other modes of signification such as cultural conventions, costume, gestures and music. In this case the act of translation does not occur in a text, or through the words of an interpreter, but in our minds as spectators.