Skip main navigation
Home What are the impacts of climate change in Nigeria?
Published on August 3rd, 2021 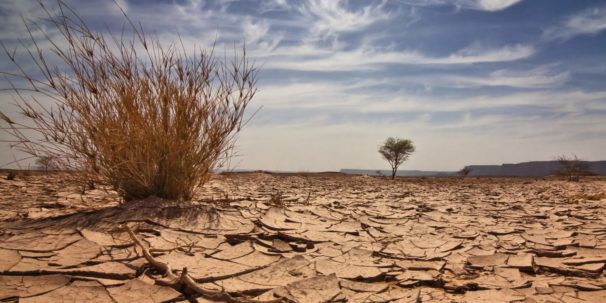 Climate change reflects the variations in the average daily weather conditions such as temperature, humidity, rainfall and sunshine of a location over an extended period. Climate change in Nigeria threatens economic growth in sectors dependent on climatic conditions.

Economic sectors such as agriculture, fishery and forestry are more predisposed to the adverse effects of climate change. The Nigerian climate has been irregular over the years, alternating between periods of extreme dry or rainy seasons.

Climate change in Nigeria has led to seasons of drought and excess flood, which affected agricultural activities and caused a loss of shelter. In 2019, the National Emergency Management Agency revealed floods had displaced approximately 1.9 million Nigerians.

In this article, you will learn other negative effects of climate change in Nigeria and recommendations to redress this challenge.

Overview of climate in Nigeria

Nigeria has a tropical climate with 2 distinct seasons: wet and dry seasons.

These seasons have varying lengths of rainy and dry seasons depending on the geographical location. For example, the southern part of Nigeria has a longer period of rainy season (March to November) than the Northern part (May to September).

Environmental scientists associate climate change effects with the depletion of the ozone layer in the atmosphere. The ozone layer prevents the heat from the sun from reaching the earth at high intensity.

The ozone layer is depleted when certain gases are released into the atmosphere from human and natural factors. These gases are: carbon monoxide, Sulphur dioxide, chlorofluorocarbon, and similar.

When these greenhouse gases contribute to global warming, where the heat from the sun is trapped on the earth’s surface. This gradually leads to excess heat depending on depletion level and quantity of the gases emitted over time.

Human activities that cause climate change are:

Impact of climate change in Nigeria

The variations in temperature, rainfall and humidity associated with the science of climate change in Nigeria affect climate-dependent sectors.

Here are the consequences of climate change in Nigeria:

In Nigeria, crop production depends on location and climatic conditions. Crops that need rainfall to grow are abundant in the south, while those that don’t need rainfall grow more in the north.

Excess rain and drought associated with climate change affects this natural distribution of crops in Nigeria and reduces their production in large quantities to meet the population’s demand.

Food scarcity is a consequence of low crop yield, which is characterized by inferior quality and quantity of food crops because of harsh climate conditions. Therefore, food crops are poorly distributed to other geopolitical zones where such crops don’t grow.

For instance, tomatoes are produced in large quantities in the north and if this declines due to unfavourable climatic conditions, other locations in Nigeria will experience reduced supply.

Livestock animals like goats and cows feed on grass to grow, and their products such as beef or milk are affected when these animals don’t feed well. Irregular climatic conditions destroy farmlands these animals graze on. Also, flooding promotes the growth of pests that attack these farm animals and further depreciate their overall commercial value.

Agriculture is one of the major contributors to the Nigerian economy and source of income for some Nigerians. These individuals are either rural dwellers who are full-time farmers or urban dwellers who are part-time farmers. Climate change destroys farmlands and hinders income generation from agriculture and livestock farming at national and personal levels.

Climate change increases the burden of diseases in Nigeria, especially malaria. Mosquitoes breed in stagnant waters and they spread to cause malaria. Life-threatening malaria complications are common among the extremes of age individuals-young and old people. This can put a strain on areas such as public health and nursing.

Also, wildfires and dust storms occur during drought, and these environmental hazards cause respiratory illnesses in some individuals. Climate change increases the number of diseases and causes preventable deaths among Nigerians if left unchecked.

Nigeria generates a significant amount of power from its hydroelectric dam- Kainji Dam. Climate change causes unpredictable rainfall and drought patterns that reduce the water level in Kainji Dam and other smaller ones.

Consequently, the amount of hydroelectric power generated declines and affects power distribution nationwide. This affects industrial activities which depend on constant power supply to run their plants.

Loss of shelter and road networks

Rural communities suffer most from the negative impact of flooding. Some houses in rural communities collapse during heavy floods because they don’t have a solid structural strength. Also, rural dwellers can’t commute during flooding because water obliterates the road networks.

The primary goal of the climate change policy in Nigeria is to tackle the human causes of climate change in a multifaceted way. The policy contains a set of rules, regulations and standards for agencies and individuals to abide by to achieve the policy goals.

What does the future of climate in Nigeria hold?

To adapt to climate change, the Federal government needs to invest in agricultural science research so that scientists can produce crops that are resistant to the harsh climatic conditions and construct drought-resistant hydroelectric dams.

Mitigation involves enforcing the Nigerian climate change policy and enacting laws that prohibit the release of toxic gases from industrial areas, especially by petroleum companies in the Niger Delta region.

The Federal government should collaborate with stakeholders in the different ministries to ensure that policies are revised and implemented based on relevant data and current environmental needs and challenges.

Climate change slows the economic growth in Nigeria because it affects multiple economic sectors that are sensitive to climatic changes.

The legislative government should enact laws to ban human activities that contribute towards depletion of the ozone layer.

There should be public awareness campaigns through mass media channels to educate Nigerians on the negative impact of their activities on the environment.

Teachers should teach children environmental education in schools to empower them early about the dangers of climate change and their role in mitigating it.