This content is taken from the Raspberry Pi Foundation & National Centre for Computing Education's online course, Scratch to Python: Moving from Block- to Text-based Programming. Join the course to learn more.
View course
1.6 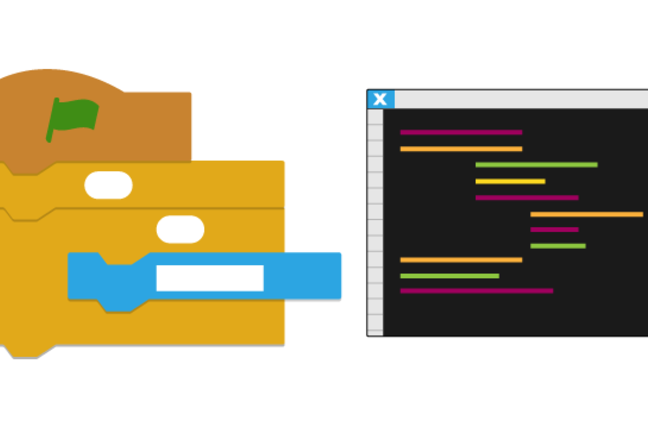 One aspect of using a text-based language that many learners struggle with is understanding the specific syntax (the rules of the language) required. Mistakes made in a program are often due to these rules not being followed, and are called syntax errors. It is therefore helpful to show the parallels and differences between a language that a learner has already mastered and the one they are trying to learn.

Shown below are a few Scratch blocks and their equivalent code in Python. The list is far from exhaustive, and is intended as a reference guide rather than an exercise to be worked through. 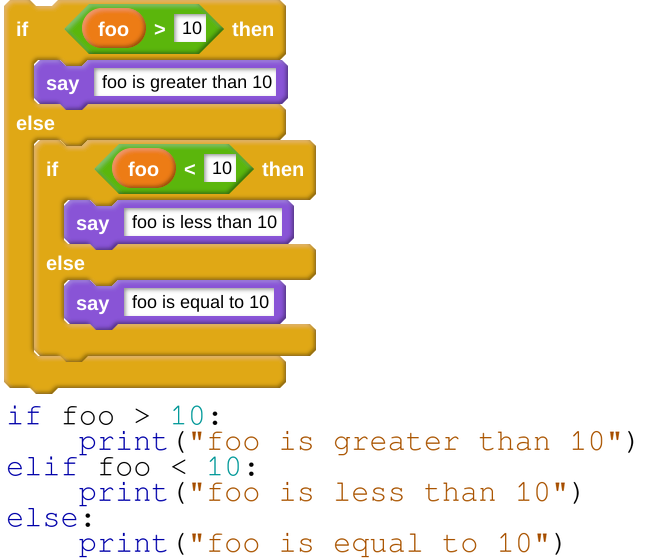 Cheat sheets for these comparisons are available at the bottom of this step in both digital and print formats.

Have a look at the Python code below, then see if you can write the same program in Scratch.

Have a look at the Scratch code below. Can you recreate it in Python? 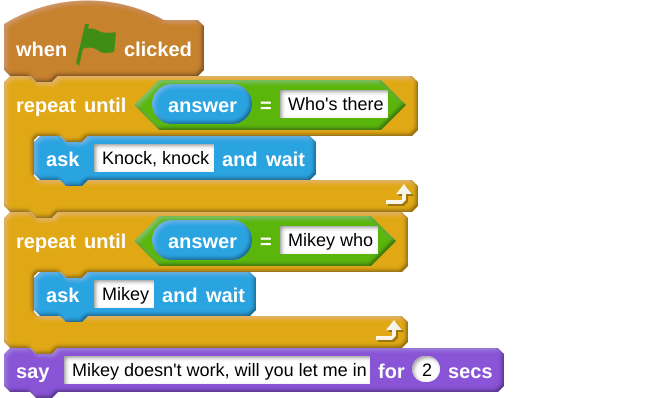 A quick note on sharing

We love it when our learners share their code in the comments, either to get some constructive feedback or when helping others. However, the comments section is designed for commenting, not for displaying formatted code like this.

If you want to share your Scratch scripts, then you can share the link to your code. Similarly, if you are using Trinket in the first few weeks of the course, then just create links to the code you want to share.

If you are using Python that has been installed on your computer, then the best way to share your code with others is through a sharing service. The one that most software developers use for simple code snippets is GitHub Gists. You can create an account, and then have as many private or public gists as you like. An even simpler solution is to use a pasting service such as Pastebin.