This content is taken from the Raspberry Pi Foundation & National Centre for Computing Education's online course, Scratch to Python: Moving from Block- to Text-based Programming. Join the course to learn more.
View course
4.7 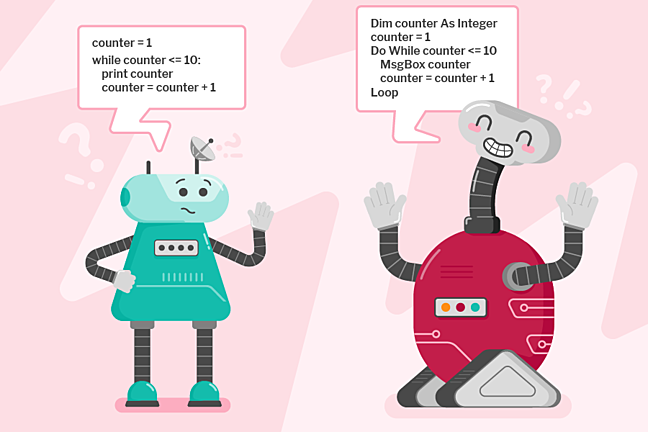 At the Raspberry Pi Foundation, we love Python, but it’s not the only text-based language that you could teach your students.

Once you’ve become confident in a text-based language, you’ll find that learning another one isn’t too difficult. There are challenges with any such change; you might find yourself worrying about the loss of your advanced Python skills, like your students worry about the loss of their Scratch superpowers, but with a little perseverance, you will be OK.

So why would you learn a different language? Different languages are better suited to solving different problems. JavaScript is a great language when you want to make interactive websites and web apps. If you’re interested in making iPhone and iPad apps, then you’ll want to be using Swift, while you might want to use Java when developing apps for the Android operating system. If you want to play with operating system code, then you could look at C, and when you want to create games, then C++ may be the way to go.

There are hundreds of programming languages, and each language has its own community that will argue for their language’s superiority. Before diving into the syntax of any specific language, you should always think about what it is that you are trying to accomplish, and be sure you’ve chosen the right language for the task.

The concepts used in most text-based languages are universal and programming skills are generally transferable between languages. This means that learning a second programming language is generally easier than your first.

What other languages have you used? What have you found their relative benefits and downsides to be? Share your thoughts in comments section.