In the fourth century BCE, Aristotle wrote extensively about dramatic theory and narrative structure in his Poetics, and many of the ideas, themes and elements he identified are still relevant today. For example, plot, character, dialogue, unity, and other terms, are all very useful in helping us to think about, analyse and even construct stories. 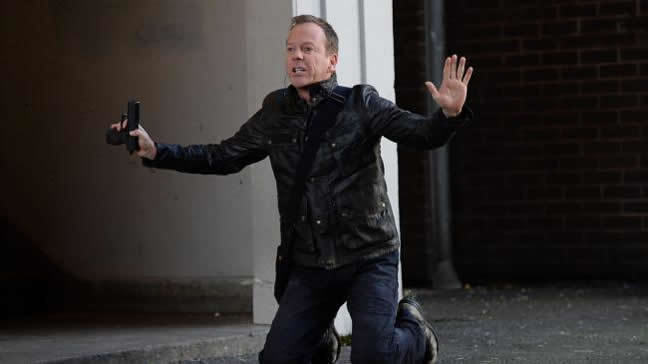 Some of Aristotle’s arguments pertain only to tragedy, and others might seem to offer very restrictive ideas about narrative. He believed, for example, that tragic drama was best served if the events in the story occurred in a single day - something that worked very well as the central concept of the US spy drama series 24, but which could not work in the telling of most other stories.

However, the ideas developed by Aristotle over two thousand years ago still form the bedrock on which modern analysis of story structure stands.

One fundamental element of narrative that Aristotle doesn’t specifically mention, but which his ideas are nonetheless intricately concerned with, is the idea of conflict. Indeed, it is a popular adage that ‘all drama is conflict’, an idea that many trace back to Aristotle, and one that frequently re-emerges when we think about story structure. Legendary screenwriting guru Syd Field summed it up this way:

In the twentieth century, the basic notion of conflict was reworked by French theorist Claude Levi-Strauss and developed into the idea of ‘binary opposition’, in which all narratives are driven forward by conflict between opposing forces. Sometimes this opposition is simplistic (heroes and villains, good and evil) and the line between protagonists and antagonists is stark.

But binary opposition can also occur in other components of narrative, beyond character. For example, the opposition could be between city and country, romantic and family interests, light and dark, or sound and silence.

The balance between opposing forces can also be intricate and delicate, and the line between them shifting and opaque. The crucial thing to note is that some sense of opposition, of conflict, is central to the creation and telling of compelling stories on film.

Another way to think about story structure is provided by German novelist and playwright Gustav Freytag, who theorised a five part dramatic arc, sometimes thought of as a pyramid.

You begin with exposition, which provides the audience with necessary information about the story and provides the background for the action that follows. The narrative then moves through rising action, climax (a turning point for the protagonist), falling action (the protagonist and antagonist have their final conflicts), and finally denouement (the conclusion in which conflicts are resolved).

Freytag’s theory was based on the study of five act plays from ancient Greece and Shakespeare, and so isn’t totally applicable to the narrative analysis of feature films, television soap operas or short form films for the web. Exposition, for example, could occur at any point in a film to explain particular parts of the story.

The specific detail of a dramatic arc in a film might not strictly follow Freytag’s model. But the overall premise of his theory provides a useful metaphor for thinking about the rise and fall of dramatic tension within stories and within individual characters. Indeed, the idea of the rise and fall of a dramatic arc is central to the success of a story - which is why we might describe a story without a satisfactory arc(s) as ‘flat’.

This sense of rising and falling action is echoed by Russian theorist Tzvetan Todorov, who simplified narrative form even further by arguing that all narratives have a three-part structure: a period of equilibrium, of calm and stability, is disrupted by forces which cause disequilibrium. Harmony is then restored, as a new equilibrium brings the story to a close.  This particular structure brings us back again to our old friend Aristotle, who similarly believed in the importance of a basic three-act structure - essentially a beginning, a middle and an end, in which the events are connected together in a chain of cause-and-effect.

Thinking about your story structure

Whether we think in terms of opposition; of rising and falling action; or of the movement from equilibrium to disequilibrium and back again, all of these analyses place conflict and change as the basic elements of story structure. So, it’s time to think about the story you want to tell and how change might manifest itself through dramatic arcs, moments of crisis or turning points.

When it comes to digital filmmaking, with its frequent reductions in screen size and screen time, we also have to think about story length. There are places online where we can find short films, feature length content and even larger networked narratives. But there are also platforms designed specifically for extremely short content, such as Vine or Snapchat, where the expression of an entire narrative arc may not be possible – at least not in a single video. However, we can still think of these micro short films in relationship to some of the ideas we’ve discussed in this step, perhaps as excerpts from a larger narrative; a single crisis or conflict; a moment of drama or comedy; a single beat of information, exposition or emotion.

Discover the essentials of video game development and learn how you can start your own programming career.