We might think critically about the ethical implications of digital filmmaking in a variety of ways.

The hot topic within discussions of ethics in filmmaking is the importance of gaining informed consent from your participants, as the previous step highlighted. Your subsequent ‘duty of care’ to those involved in the production is also key and will be explored in Week 3.

Here we are going to think about some other ethical concerns in order to enhance that all important critical background as you prepare your shoot and set out to distinguish yourself as a critically astute filmmaker.

Film is an inherently ethical medium: it depends upon an ethical encounter between the various individuals engaged in its experience. What this means is that, in the making and watching of film or any audio-visual narrative, we are asked to position ourselves in relation to the acts and needs, the trials and tribulations, and even the joy and suffering of others.

This encounter created by film - whether via filmmaking (production) or spectatorship (reception) - is called ethical because it creates a relationship between the various parties involved that is rooted in their different positions of power and privilege, and is, in other words, fundamentally imbalanced.

We have already talked about these imbalances in Week 1, but they also underpin much of the philosophical debate on ethics. Emmanual Levinas, for example, saw such unequal relationships as resulting in our obligation to the other.

Put most simply, one person’s existence necessarily compromises someone else’s. Consequently, the individual is responsible for the other’s well-being.1 In Levinas’s own words: ‘My being-in-the-world or my ‘place in the sun’, my being at home, have these not also been the usurpation of spaces belonging to the other man…?’2

This responsibility –the ethical interconnection– between people underlies all of our encounters in life. Film activates, recreates and revitalises human interconnection and frequently as an encounter with various forms of adversity. Audiovisual narratives often depend on drawing the audience into an intense awareness of a person’s or community’s disadvantage.

This may sound like an unnecessary critical frame for many films - and it is certainly most pressing when creating content about human adversity and least for ‘lighter’ topics or genres. However, it is important to bear in mind that any film narrative, even the silliest of stories, can replicate or comment upon unequal or injust dynamics between the individuals involved. 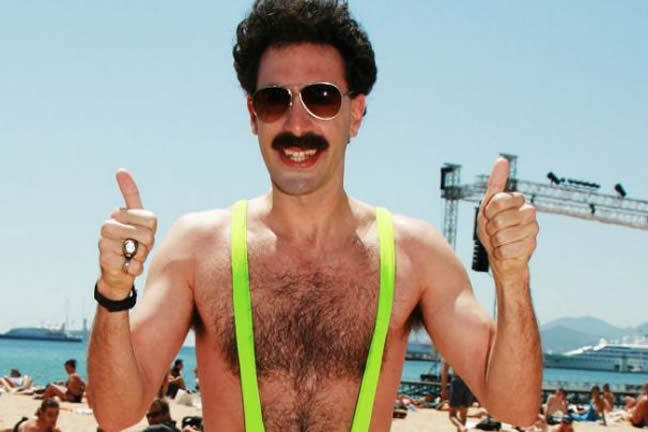 The film Borat (Sacha Baron Cohen, 2006), for example, could be seen as both ‘comic masterpiece’ and advanced ethical treatise: it draws its humour and searing insight from viewers’ (un)comfortable relations to what they are watching and being made party to. Television mockumentaries, like Brass Eye, can be seen to operate in the same way.

Policing or controlling the content and re-application of digital films online, and access to them, is near impossible. It is especially important, therefore, to think through how your story will negotiate the inherent ‘disadvantage’ of its characters, and whether your audience might be made ‘party to’ or distanced from it through your film.

How you choose to respond to all those critical questions raised in the last step and first week will shape your ethical role as a filmmaker. But here are a couple of other questions to consider now and please share your thoughts in the comments area.

1. For an extended introduction to the ethics of spectatorship, see Michele Aaron, Spectatorship: The Power of Looking On (London: Wallflower Press, 2007)

UX Design: From Concept to Prototype

Better understand the UX design process and learn how to build a user-centred product from concept to prototype.