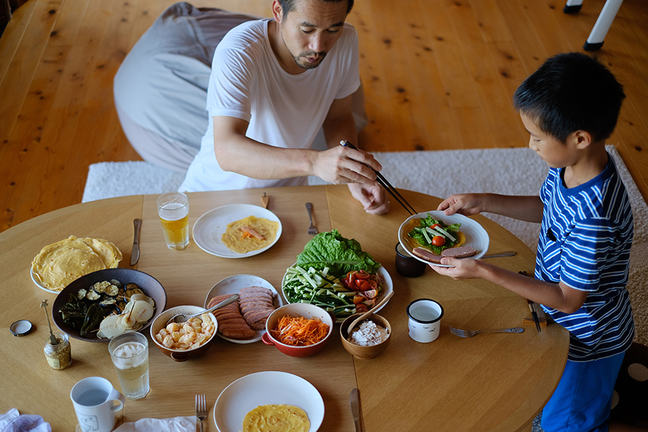 Diet is just one factor that can impact our gut microbiota composition.

The gut microbiota is influenced by a range of physical and environmental factors.

As we discussed in the Gut-brain axis previously, our gut microbiota is highly individualised in its composition – a unique make up of different microorganisms. There are several factors that could have a potential impact on gut microbiota composition and, in turn, its function from genetics to favourite pets.

For example, previous research has shown that particular microbial groups may be more prevalent in some individuals and their families and not in others.

Another significant factor that controls gut composition is the living environment and its characteristics. Studies show that the microbiota co-existing with its human hosts undergo adaptations based on geographical location, climate or environmental pollutants.

Just like its human host, the gut microbiota composition is affected by age, health state or medication use. Many other factors may also dictate the microbial make-up and performance such as exercise, sleeping patterns, smoking, hygiene practices and, of course, diet. 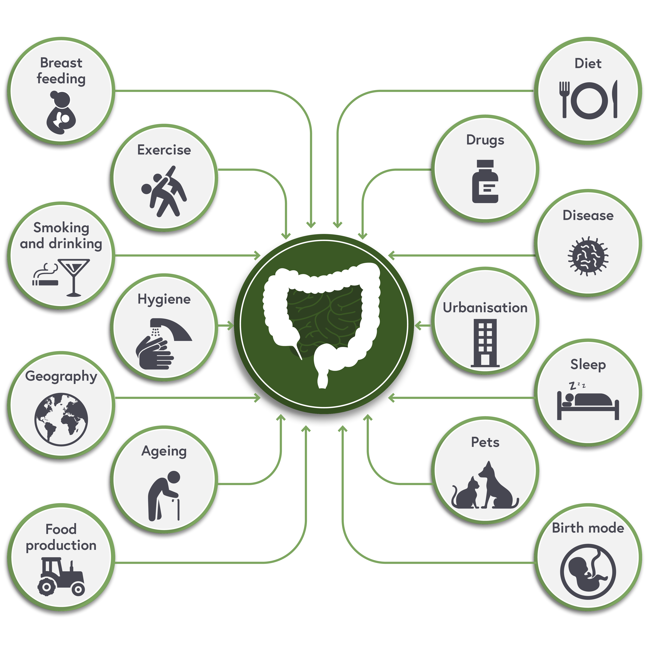 Interestingly, the gut microbiota composition is also linked to different mental states, such as stress, depression, anxiety or fear, and serious mental disorders, such as schizophrenia and bipolar disorder.

Investigation of gut microbiota composition, function and associations with mental health is a very new area of research. Our current understanding is that because diet impacts the gut structure and its interaction with human health, optimal dietary behaviours should have positive connotations for gut and overall health, including mental and brain health.

Select one of the aspects of human health behaviour in the diagram that has been linked to human microbiota.

In the comments, provide an example of how you have either experienced or observed this behaviour personally.

Food and Mood : Improving Mental Health Through Diet and Nutrition