The signs of the modal notation are derived from the square notation which was developed in northern France during the 12th century. In square notation, as in chant notation, we find the four-line staff. In later examples, such as in the fragment from the Basel University Library shown below, there are groups of five-line staffs. 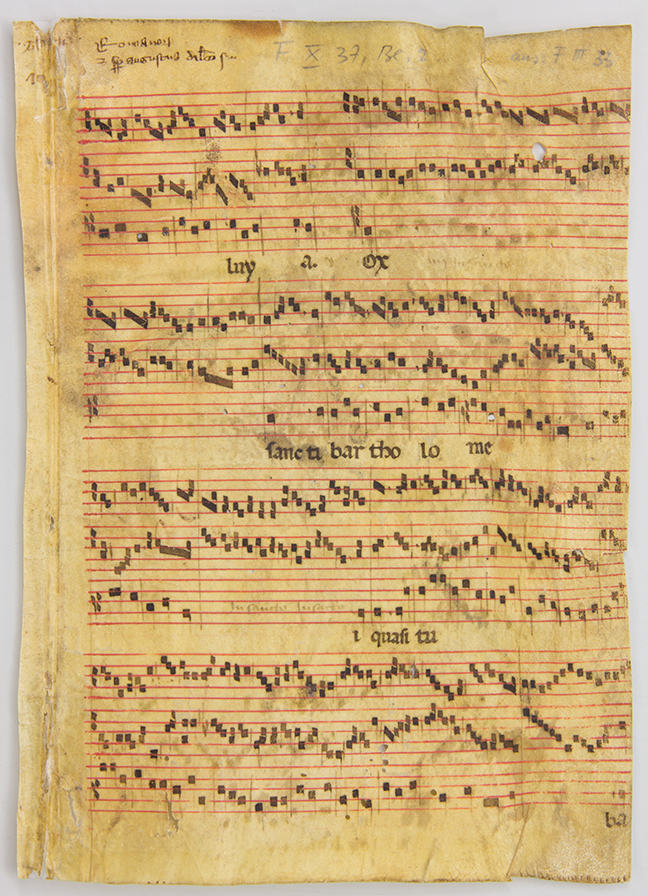 Please note that the dashes you see here (on the left or on the right side) are part of the note shapes.

In some cases single notes or notes within a ligature have little downward or upward dashes attached to the end of them. These little strokes are called plica and have the function of decorating notes inserting a shorter note value into the rhythmical flow (see more on that in a later step).

Compositions notated in modal notation are structured into musical phrases, called ordines, from the Latin word ordo (that is series, succession). Ordines are marked by vertical strokes that can be short or, if the end of a formal section is reached, can occupy the whole four-staff. These strokes are generally interpreted to mean a rest.

If the strokes are very short and appear in the middle of a phrase, they are called suspirium (breath) and indicate a short break as marked by the modern comma.