In addition to the introduction of a smaller note value, the minima, about which we learned in Step 5.2, Ars Nova notation also made use of other new signs which are the subject of this brief account. 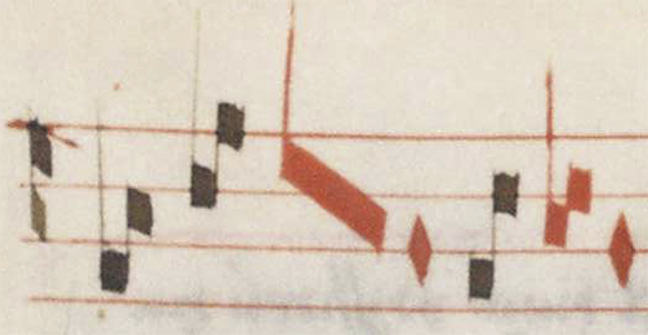 Coloration in black mensural notation is sometimes also used to indicate note values smaller than the minima. In connection with the punctum additionis, which we will discuss below, it can be understood as a semiminima which may be transcribed as a semiquaver or a triplet quaver. 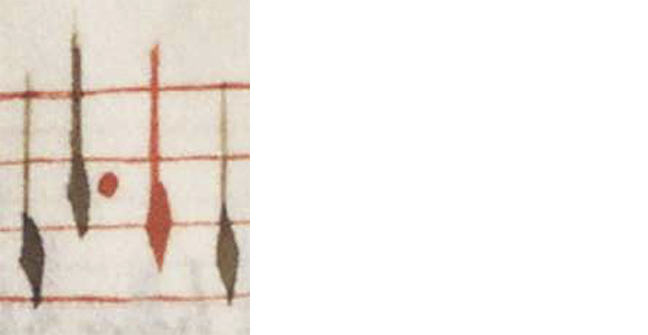 Another new sign that became established in Ars Nova notation is the punctum. Today we know this sign well as we use it for dotted notes in modern notation. However, this is only one of the meanings it had in Ars Nova notation. The punctum additionis adds half the value to a note as we have seen in the above example in which a coloured minima followed a regular minima. It can also occur after all other note values. In the following example, it is used twice after a semibrevis. 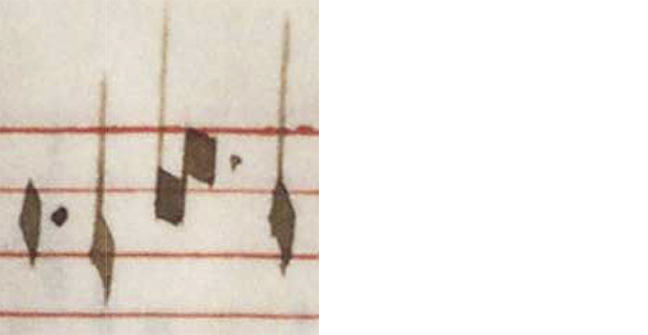 The punctum additionis can usually be identified by the fact that the dotted value is followed by a smaller note value, in our case two semibreves followed by a minima. As you can see, ligatures can also be dotted.

The other application of the punctum is to indicate perfection. It is therefore either called punctum perfectionis or punctum divisionis. The latter name occurs more frequently as it often divides perfection groups and thereby makes them visible. Very often, it is used to prevent alteration in the sequence B SB SB B. 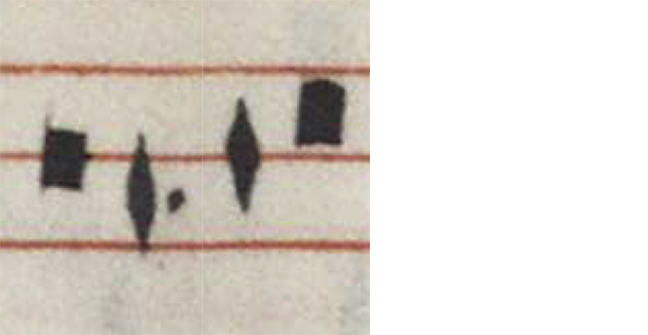 With the punctum divisionis, it becomes clear that the first semibrevis imperfects the first brevis and thus forms a perfection group. The second brevis is imperfected by the semibrevis a parte ante. It can also be used to indicate the imperfection of a part of a note as in the following example where a semibreve imperfects a maxima. 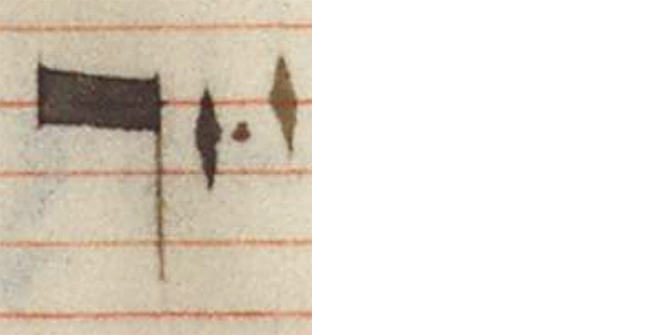