This content is taken from the University of Basel's online course, From Ink to Sound: Decoding Musical Manuscripts. Join the course to learn more.
View course
7.2

How do tablatures work?

Nearly all keyboard sources from the past were notated using tablatures. Generally, they made use of the letters of the alphabet to write down a musical composition. In the image above you can see an intabulation of Gilles de Bins dit Binchois Dueil Angoisseux from the Buxheimer Organ Book (1460–70). This kind of tablature is called the old German organ tablature. The right hand is written in the mensural system. You can see that here only the lower voices are notated with letters. They indicate the notes for the left hand and probably for the pedal. The rhythm is given above using mensural signs, such as strokes, dots and flags. Here are some differences compared to the vocal notation which have to be mentioned.

1) Accidentals are indicated by downward strokes (here at the second note): 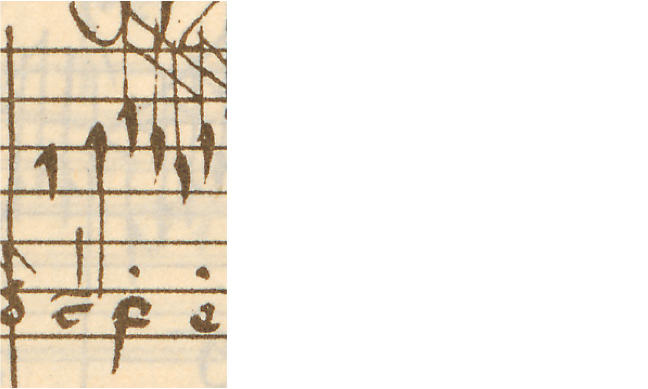 2) A downward stroke with a hook, however, means that the player is supposed to add ornamentation: 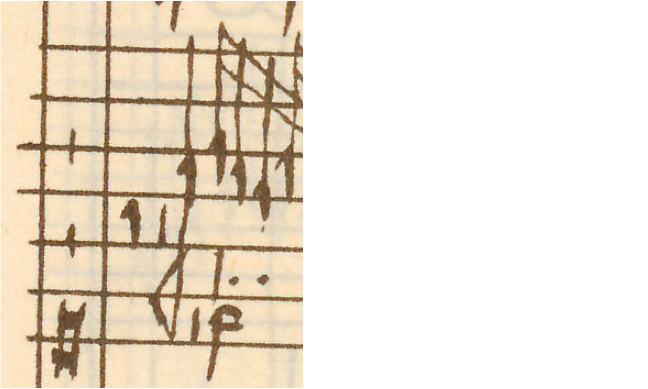 3) If accidentals are needed in the lower voices, little ‘loops’ are added to the letters. Here the note F becomes an F sharp: 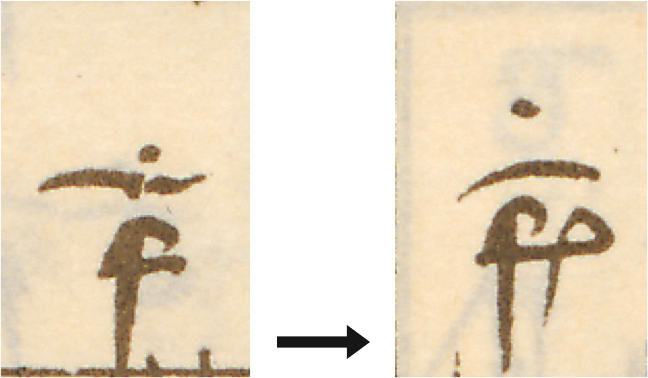 During the Renaissance, specific tablature notations were developed for the lute. Although they might look enigmatic to the untrained, lute tablatures are less abstract than expected. In this form of notation there is no ‘high’ or ‘low’. The lines represent the strings of the instrument and are not meant as a ‘staff’.

As far as the rhythm is concerned, lute tablatures reduce the signs to one fourth of their value in relation to vocal notation. French treatises speak about en musique and en tablature. One plausible explanation for the shortening of the value is the following: since no note heads are used to indicate the rhythm, but only the stems, and since semibreves have no stems at all and the stems of minims and crotchets look the same, the semibreve became rhythmically indicated by a stem, the minim by a stem with one hook (looking like the stem of a quaver), the crotchet by a stem with two hooks (looking like a semiquaver) and so on. In early German lute tablatures a kind of ‘coordinate system’ was used: every crossing point of string and fret was marked with one letter. The order of the letters could simply be alphabetical with no connection to note names. 1–5 indicate open strings, the letters a, b, c, d, e the first fret on every string.