This content is taken from the University of Bristol's online course, Unleash Your Potential: Global Citizenship. Join the course to learn more.
View course
3.5 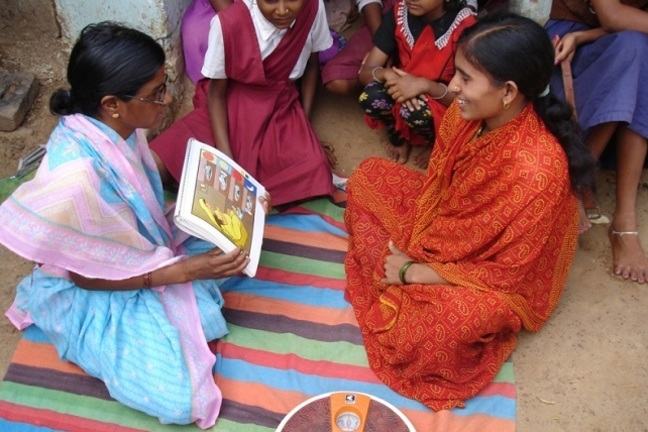 As we have just been exploring, the data suggest that there is still some way to go before the UN’s Sustainable Development Goal 3, for ‘Good Health and Wellbeing’, is achieved.

They have set an ambitious target for 2030, to:

But there remains the question of what people are doing on a local level to achieve this. The previous belief that the only way to save newborn infants is through high-cost, technical interventions in hospitals or medical centres is no longer seen as true. Several large trials in real settings have provided us with enough evidence for us to draw a clear and important conclusion. That is, newborn deaths can be prevented with low-cost interventions, delivered in people’s homes and villages. These interventions can take the form of education, low-cost healthcare or by mobilising the community into action. Importantly, such interventions can be delivered in the poorest homes and communities, where the majority of neonatal deaths occur.

Two community-based approaches, which came from evidence on what really works, are now being used to increase newborn survival rates. First, community health worker (CHW) home visits and second, mobilising the community through participatory women’s groups. Both work in different ways to improve home-based newborn care, and they are often used together as a strategy. Community health workers meet individually with pregnant women, advise them on healthy practices and identify and treat problems in their pregnancy, or postnatal problems in their newborns. They also refer mothers and newborns for further treatment, if necessary. Participatory women’s groups provide a space for women to get together, to provide support and to discuss maternal and child health issues. In these groups, women identify and prioritise problems for their own community, and come up with practical solutions. Here, we look at examples of these two interventions, and see how they are making a difference.

The effectiveness of community health workers making home visits to reduce neonatal mortality was first demonstrated in the 1990s in rural India by Abhay and Rani Bang (1999). In a controlled field trial in Gadchiroli, India a package of home-based neonatal care was developed, and then delivered by trained and supervised healthcare workers. This care included health education to mothers on asphyxia, breastfeeding, thermal care and hygiene, care of preterm and neonates with low body weight, and home treatment of neonatal infections with antibiotics. 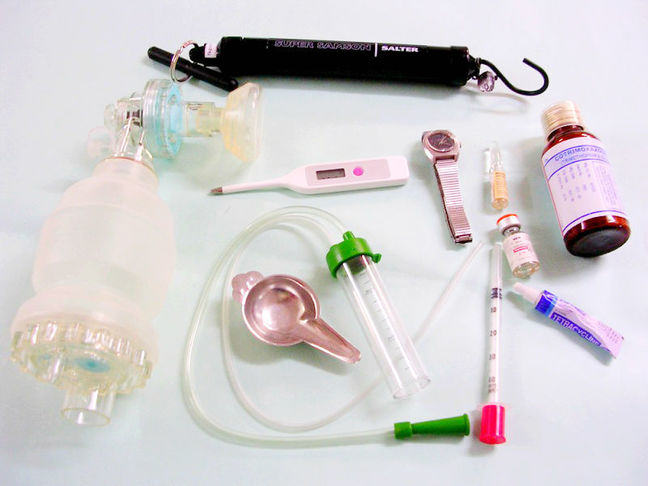 This and above image ©SEARCH, Gadchiroli (all rights reserved)

In the three years of the trial, the neonatal mortality rate fell from the baseline 62 in every 1,000 to 25.5 in every 1,000. This rate was 62% lower than in the control area, in which mothers did not have this extra support. This research was was later hailed by the international medical journal the Lancet as one of their ‘Vintage’ papers, a collection of the most interesting or influential articles from its 180 years of publication.

This initial study was followed by a field trial by the Indian Council of Medical Research in which these home visits were carried out in seven other locations (known as the ANKUR project), with five more locations uses as controls (meaning no additional support was provided for mothers). In all of these new locations, the neonatal and infant mortality rates were significantly reduced. Following this research, in 2011, the Government of India’s Ministry of Health introduced home-based newborn care as a national strategy. Today in India, nearly 800,000 community healthcare workers (known as ASHAs) are being trained and are delivering such care in villages.

This model has been replicated in several countries including Bangladesh, Pakistan and Ethiopia. In Sylhet, Bangladesh, the John Hopkins University also used this model in a randomised controlled trial into newborn survival. The context in the Sylhet community was slightly different, as belief systems prevent women from leaving the house in the first 7–9 days after birth. This therefore reduces the amount of care they seek out (Baqui et al. 2008). In this trial, home visits to pregnant women and newborns by healthcare workers reportedly led to a 34% reduction in neonatal mortality, although this reduction was only seen in the last six months of the three-year study.

In this study, the healthcare visitors helped women prepare for birth, educated women about caring for a newborn, provided iron and folic acid supplements, and referred newborns for further treatment if they were unwell. This study, awarded Lancet Paper of the Year, provided significant support for the role of CHWs, showing that both preventive and curative home care for newborns can bring significant results in communities with high neonatal mortality rates. However, the evidence is more mixed, and at least two trials suggest that behaviour change takes time and is not always predictable. Even in the ultimately successful Sylhet trial, the effect was delayed for several years.

Community involvement with participatory learning and group discussion of health issues may therefore be a powerful complementary way to get the most from health worker visits. But these studies also show the importance of understanding the specific context of the local community when coming up with interventions to achieve global goals. How does this relate to the ideas we discussed with Madhu in Week 1, or Theresia in Week 2?

The second kind of initiative, participatory women’s groups, work in a slightly different way. They recognise that mobilisation and participation are inter-related approaches, so work to get community members involved and taking action. Participatory women’s groups follow an action cycle. First, group members identify and prioritise health issues, then generate their own solutions following learning through discussion, and finally evaluate those solutions. Facilitators support this process, helping community members make and evaluate decisions which affect their health (Rosato et al. 2008). Rather than being passive recipients of counselling, women are encouraged to become actively involved in the process of improving their health and that of their babies, offering a more ‘bottom up’ approach.

In 2004, a randomised controlled trial in Nepal reported that monthly participation in structured women’s groups led to a 30% reduction in neonatal mortality. The intervention enabled the women to improve their own situations, which positively affected how much care they sought out, and improved birthing practices. This study has been successfully replicated in north-east India, Bangladesh and Malawi.

All of these studies have now fed into a World Health Organisation policy recommendation on community mobilisation. The WHO are now recommending facilitated participatory learning and action cycles with women’s groups for maternal and newborn health. (You can find a link to the full report at the bottom of this page, under ‘See Also’.) The challenge is now to scale up these intervention approaches, to help more women improve their own health and the health of their children, and to help countries and regions progress towards SDG 3.

Abhay and Rani Bang also founded SEARCH (Society for Education, Action and Research in Community Health), with the aim to provide:

“Sustainable Health at the micro-level. People’s health in people’s hands, by empowering individuals and communities to take charge of their own health, and thereby, help them achieve freedom from disease as well as dependence.”