This content is taken from the Hanyang University's online course, Global Resource Politics: the Past, Present and Future of Oil, Gas and Shale . Join the course to learn more.
View course
4.3 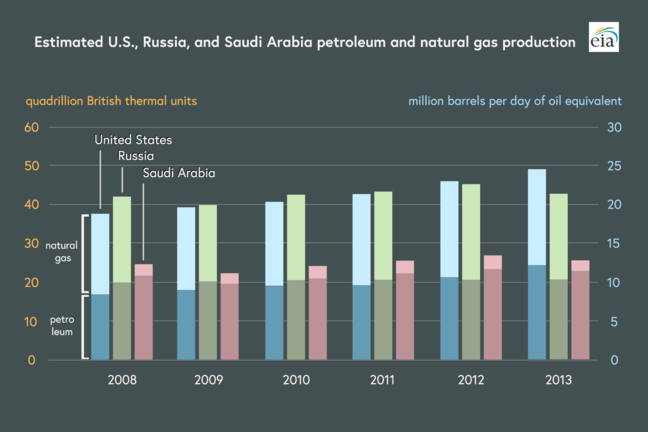 The Western Hemisphere is the current center of gravity for non-OPEC oil supply growth. The US has refocused US strategic priorities on the Asia-Pacific.

The shale revolution may presage a rethinking of the US role in the Middle East. China is likely to play a larger geopolitical role in the Middle East, as it already has in Central Asia, and in support of its oil interests in Africa. Large-scale Chinese energy and infrastructure investments in pipelines, roads, and rail lines in Central Asia and its growing investment in the Gulf are indeed fashioning a new Silk Road. Russia’s ability to use its energy resources as an instrument of coercive diplomacy will almost certainly begin to decline. Russia’s relationship with China seems to have deepened considerably. Energy producers in the Middle East, meanwhile, will lose influence.

The biggest beneficiary of the North American energy boom will be the United States. The most immediate effect will be the continued creation of new jobs and wealth in the energy sector. Since energy imports account for roughly half of the more than $720 billion U.S. trade deficit, declining energy imports have led to a more favorable U.S. trade balance.

Since February 2016, U.S. LNG has already been shipped to the Middle East, Europe, South America, Asia, and potentially, to sub-Saharan Africa in the near future, where a tragic 650 million humans have no electricity. The US ability to bolster the energy security of Asian allies and partners would reinforce perceptions of US reliability and presence as an Asia-Pacific power (Manning, p. 1).

Increased imports from Canada will strengthen the bond between the two countries and reduce reliance on hostile countries such as Venezuela. These developments will also encourage and invigorate the Mexican energy economy and US-Mexican relations (Butler, p. 2).

The shale gas revolution enhanced U.S. leadership on climate change. US greenhouse gas (GHG) emissions have been greatly reduced as natural gas displaces coal as a source of electricity.

Middle Eastern LNG suppliers such as Qatar are looking for buyers elsewhere in Europe and Asia. Increases in Middle Eastern and US liquefied natural gas (LNG) exports to Europe diversify European supply and break the tremendous market share held by Russia, and significantly reducing its pricing power. Reduced Russian pricing power lessens its influence over the region’s politics.

After many years of false hopes and frustrated deals, China and Russia have made only modest progress in establishing their long-anticipated energy partnership. Notwithstanding China’s efforts at energy supply diversification over the past decade, it was not until 2009 that Russia became China’s fourth largest oil supplier. This figure is now rising further thanks to the opening of the Eastern Siberia–Pacific Ocean oil pipeline (ESPO) on January 1, 2011.

Chinese-Russian energy cooperation has been surprisingly limited. Technical obstacles, pricing conflicts, inadequate transportation infrastructure, and mutual suspicions have historically kept Chinese purchases of Russian energy at relatively low levels. Russian oil exports will continue to expand to China and other East Asian markets. It is likely that Gazprom will construct a trans-Siberian pipeline in order to fulfill growing demand in Asia.

Effects on Africa and OPEC

Shale affects all current producers of oil and gas negatively to an extent, particularly African states relying heavily on exports to the United States. Because the quality of American shale oil is so similar to West African crude, American imports of African oil fell 41 percent between 2011 and 2012.