Print and the medical marketplace

In our last step we looked at some of the truly ground-breaking scientific and medical texts of the early modern period and today we are going to focus on how print reflected and reacted to the growing medical marketplace. 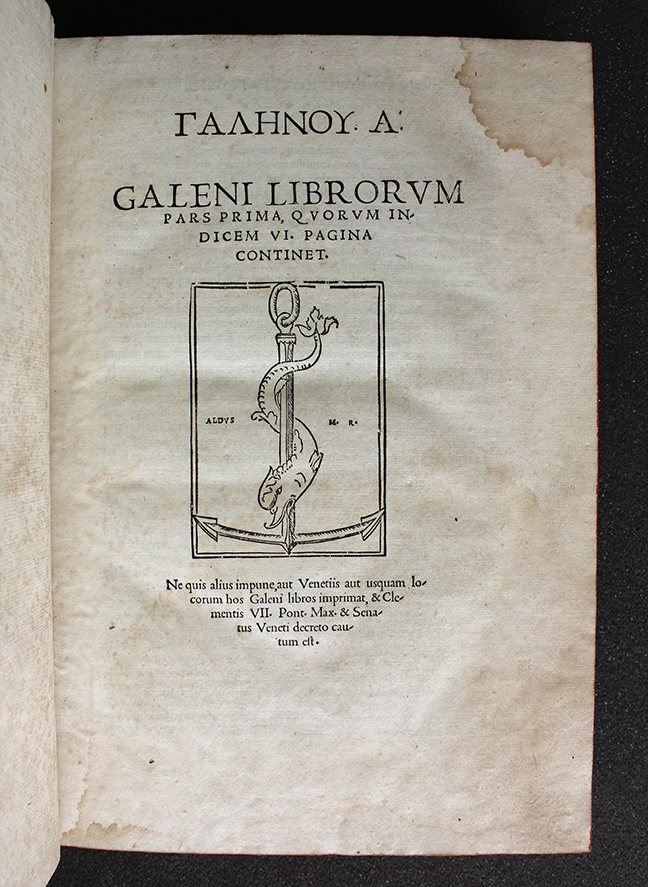 At the beginning of the sixteenth century Galen of Pergamon (129; d. ca. 200) was still the most celebrated medical author. Galen’s humoral understanding of health and disease (that disease was an imbalance of the four humours of blood, phlegm, black bile and yellow bile), coupled with his emphasis on health regimen (i.e. a healthy and balanced diet, and getting enough rest, exercise and sleep), had proven very influential throughout the Middle Ages. It is therefore unsurprising that the Aldine press of Venice decided to print a full-scale edition of his work in 1525. 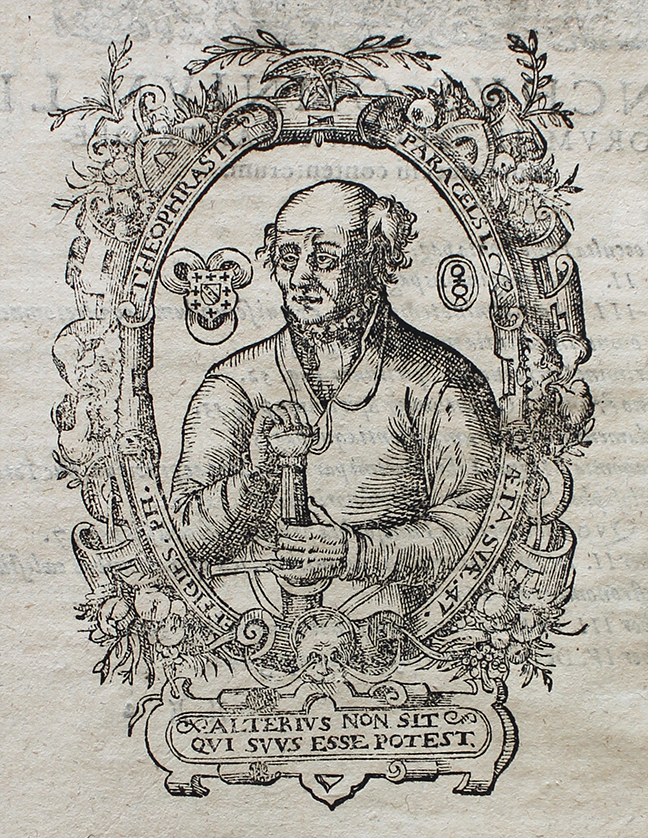 Many editions of Aristotle and Galen were published in the sixteenth century, but this growth of print material ironically led to their decline. Scholars, presented with the whole body of their work, began to see inconsistencies. The close relationship between Galen’s works and those of Aristotle meant that an attack on Aristotle inevitably led to an attack on Galen. Throughout the sixteenth century we see this attack reflected in print.

Even before the appearance of Vesalius’ De Humani Corporis Fabrica (Basel, 1543) there had been an attack on Galen by a Swiss doctor named Philipp Aureolus Theophrastus Bombast von Hohenheim (1493-1541), known as ‘Paracelsus’. Paracelsus cut the link with Aristotle by declaring that instead of ‘four humours’ all medicine should be based on the ‘Three Principles’ of salt, sulphur and mercury. Active at the same time as Martin Luther (1483-1546), Paracelsus marketed his medical reformation in similar terms and, like Luther, he too published in German rather than Latin. This was a radical attack on the medical status quo and the medical élite closed ranks. As a result, it was really only at the end of the sixteenth century and the beginning of the seventeenth that some of his ideas began to be accepted in mainstream medical circles. 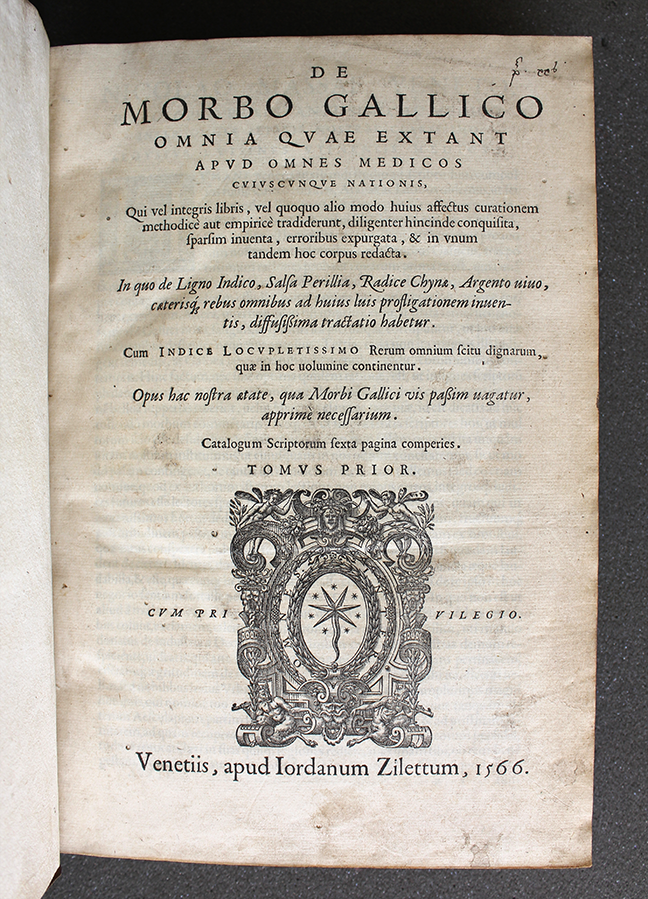 One of the reasons why Paracelsus’ ideas gained traction was because he provided methods of dealing with the new diseases of the sixteenth century. The most famous infectious disease to hit sixteenth century Europe was syphilis and its appearance on the medical map of sixteenth-century Europe was yet another nail in the coffin of galenic medicine. Luigi Luisini’s De morbo Gallico (Venice, 1557), one of the first compilations of treatises on syphilis, included fifty-nine treatises which demonstrate the diversity of views on the new disease. Paracelsians argued that such new diseases demanded a new type of medicine. 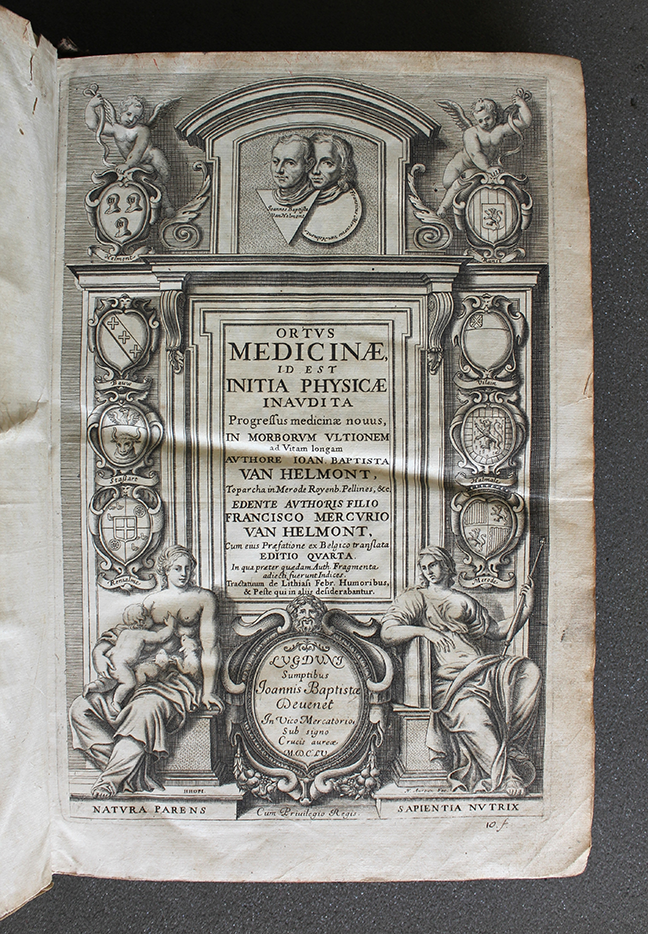 This new type of medicine moved away from the poly-pharmacy of Galen (i.e. using more than one medicine), whose cures were dependent on a combination of herbs and a healthy lifestyle. Instead, Paracelsus and his followers advocated chemical cures. While not everyone blindly followed all of Paracelsus’ ideas, by the seventeenth century there was a consensus that the new ‘chemical philosophy’ of medicine had much to offer. One of its most famous proponents was Jean Baptist van Helmont whose Ortus Medicinae, first published in 1648, proved popular. Another by-product of the paracelsian revolution was a new emphasis on medical texts in everyday language. By the eighteenth century many works were being translated into local languages as medical authors realised the growing ‘lay’ market for medical books.