A fifteenth-century best-seller: the Nuremberg Chronicle

In the last step we looked at some early modern best-sellers. Perhaps one of the most surprising of all is the famous Nuremberg Chronicle, a blockbuster printed in Nuremberg in 1493.

At first sight, it seems an unlikely best-seller, for as a text it is huge and heavily illustrated, and includes elaborate design. The size of the book demanded a lot of paper, the illustrations numbered no less than 645 separate woodcuts, and the text aimed to cover world history up to 1493. It was, in short, an ambitious project. And yet, of an estimated 2,500 copies (1,500 Latin and 1,000 German copies) printed in 1493, only 558 remained unsold by 1509 (49 German as opposed to 509 Latin copies).

Today, it has been estimated that 800 Latin and 408 German copies survive – an unusually large number for a fifteenth-century book. Trinity College, Dublin, holds two editions (1493 and 1497) of this massive book and together they tell us the story of how it became the most famous best-selling book of the fifteenth century. 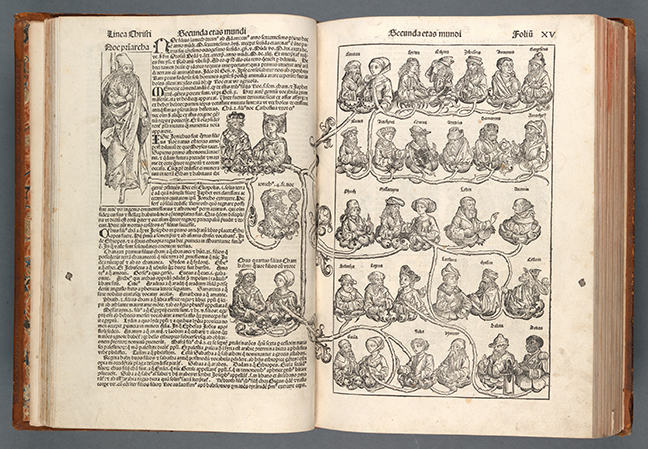 The text itself gives us some clues for it tells us that it was written by a learned Nuremberg humanist, Dr Hartmann Schedel (1440-1514), and that its publication was financed by two leading Nuremberg merchants, Sebald Schreyer (1446-1520) and Sebastian Kammermeister (1446-1503). It was printed by the famous Nuremberg printer Anton Koberger (c. 1440-1513) and illustrated by Michael Wolgemut (1434-1519) and Wilhelm Pleydenwurff (1450-94), two leading artists in Nuremberg. This was an important combination of people who had significant expertise and the money to back a large, ambitious project. 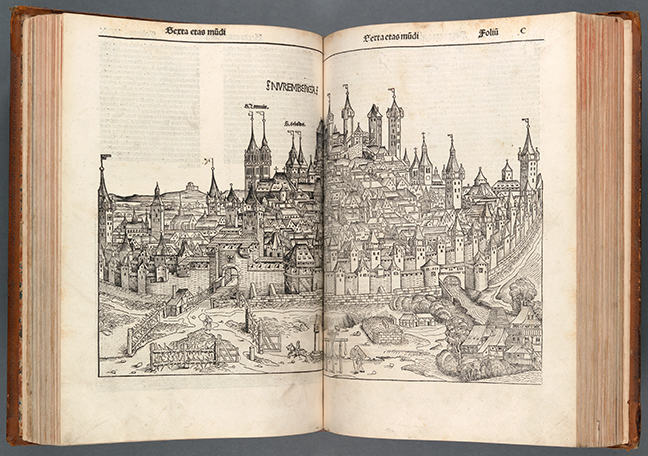 Fig 2. View of the city of Nuremberg in Hartmann Schedel, Liber Chronicarum (Nuremberg, 1493), Folios XCIX verso and C recto double-spread. © The Board of Trinity College Dublin.

The topic of the book, a world chronicle, would have been selected by the group because they were well aware that earlier editions of world chronicles had sold well. Both Schreyer and Kammermeister had already backed the publication of an earlier, less ambitious local chronicle by Sigismund Meisterlin. Even more important was the fact that Anton Koberger was the head of the largest printing house in Europe. In fact, his printing house had sub offices in Paris and Lyon and excellent links to other printing firms. A document called the 1509 Settlement points to the extent of Koberger’s network revealing that it was far-flung and reached in every direction throughout Europe. 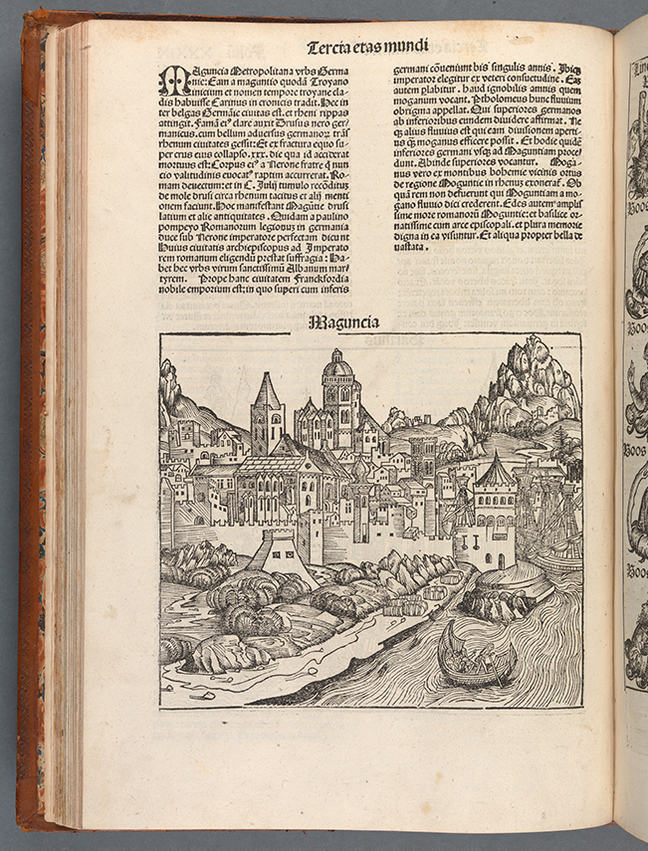 Fig 3. View of the city of Mainz in Hartmann Schedel, Liber Chronicarum (Nuremberg, 1493), Folio XXXIX verso. © The Board of Trinity College Dublin.

The surviving documents demonstrate that the enterprise was carefully thought out – woodcuts, though numerous, were reused (for example, this image of Mainz was re-used for Bologna and Lyon), and the layout was carefully planned to prevent costly printing errors. The Latin and German editions were deliberately printed to appeal to different markets and were efficiently advertised by Koberger at the major European book fairs of Leipzig, Frankfurt and Lyon. In fact, Schreyer was so confident of its success that he immediately put in place plans for a second edition. 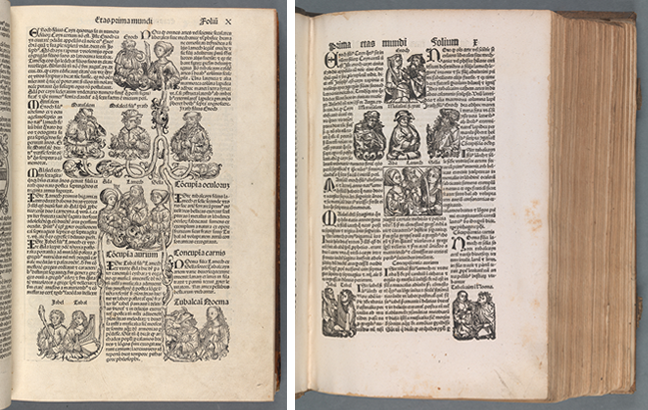 However, in 1496 an Augsburg printer named Johann Schönsperger (d. 1521), issued a pirated copy of the German edition. It had more illustrations but, as this image from TCD’s copy of Schönsperger’s 1497 Latin edition shows, these were of lesser quality than those of the 1493 Koberger edition. Schönsperger’s edition was, however, in a smaller folio format and thus used less paper, making it more economical to print and cheaper to sell. It too became a best-seller and Schönsperger went on to publish a pirated copy of the Latin edition in 1497 and a second German reprint in 1500 – itself an indication of the Nuremberg Chronicle’s popularity.