This content is taken from the Humanists UK's online course, Humanist Lives, with Alice Roberts. Join the course to learn more.
View course
2.6 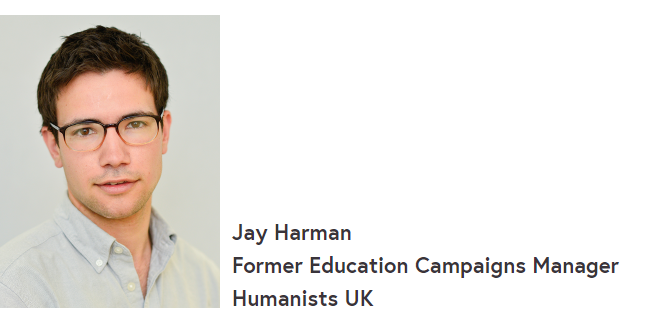 Education is essential for freedom. If whole domains of knowledge are inaccessible to you because of a lack of education, then your freedom to make an open choice about what to believe and what goals to pursue in life is severely restricted. Below, Jay Harman, Education Campaigns Manager for Humanists UK (2015-18), describes the importance working to support young people’s rights to a broad and balanced education.

At the most basic level, education is an intrinsically humanist pursuit. Harold Blackham, the great humanist philosopher and first Executive Director of Humanists UK, once said that ‘the humanist is a rationalist, one who puts reason first; and he stresses the open mind, dedication to a disinterested search for truth.’ That search for truth, that effort to reason one’s way to answers and approach information openly and critically, isn’t just central to humanism, it is central to what (in the eyes of humanists) education should be directed towards. It’s no wonder, then, that humanists see education as a particularly important aspect of life, and one that ought to be defended whenever and wherever it is undermined.

Of course, to say that education is ‘a particularly important aspect of life’ is to downplay it. Education is a fundamental human right, recognised by the UN Declaration, the European Convention, and the UN Convention on the Rights of the Child. It is in that context that humanists campaign on it so passionately. Moreover, and consistent with the humanist perspective on education alluded to above, humanists seek to defend a particular kind of education – one that is broad and balanced, values both knowledge and skills, and is delivered in such a way as to pique curiosity and facilitate inquiry.

In this context, it is no surprise that humanists past and present have largely concerned themselves with things like moral education, citizenship education, Personal, Social, Health and Economic education (PSHE), and education about beliefs and values. These areas encourage us to examine ourselves and our place in the world, to come to our own conclusions about important questions of meaning and purpose, and to become autonomous and worldly individuals, eager and able to make the most out of the one life we have. In sum, the education that humanists campaign for is emancipatory for the individual and preparatory for whatever life they choose to lead.

It is also no surprise, therefore, that a great deal of humanists’ energy goes into opposing the influence of religion over education. As secularists, humanists believe that societies should not privilege or discriminate on the grounds of religion or belief. It is the threat that faith schools of any kind pose to the rights of children that often causes humanists most concern. In England, a third of all state-funded schools are faith schools, all with broad freedoms to provide a religiously skewed or even a narrow and doctrinaire education. These schools are legally entitled, in other words, to undermine the kind of education that humanists hold dear.

I believe education is the closest thing to a panacea that we have for alleviating the problems in society. If we have open, inclusive schools that bring people together rather than divide them, then that will support social cohesion and mutual respect, and it will help to temper the increasing polarisation we’ve seen in recent years. If we encourage children to learn about their rights, to think critically, and to treat those who see the world differently with respect, then they have the potential to grow into model citizens who can make society a better place for us all.