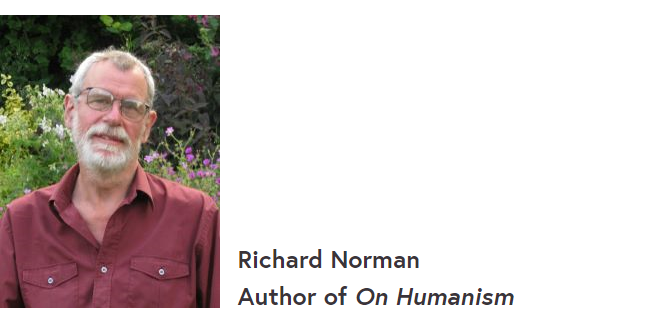 You don’t have to be a humanist to be in favour of liberalism and democracy. There are pragmatic reasons, which are not specifically humanist ones, for supporting liberal practices and democratic institutions. Allowing free speech for different points of view is a sensible way of managing potential conflicts in a pluralistic society. Leaving people free to act on their own values and beliefs as long as they do not harm others is a sound principle to adopt in such a society. Democratic institutions are a necessary check on those in power, holding governments accountable and making them take notice of the interests of the governed.

There are, however, deeper connections between liberalism, democracy, and distinctively humanist values. Two of them were given classic formulations by the great humanist philosopher John Stuart Mill (1806-73). First, there is the humanist appeal to reason and rational argument as the way to understand the world and arrive at the truth. In his essay On Liberty, Mill makes the case for the free expression of beliefs on three grounds:

In short, free expression submits our beliefs to rational assessment and is the best way of getting at the truth.

Likewise, democratic institutions provide a forum for debate in which political views can be submitted to criticism, false assumptions and misconceptions can be exposed, and decisions that are more likely to be rationally defensible can be made.

More fundamentally still, liberal and democratic values are grounded in an understanding of what it is to be human, and what makes for a good human life. This is how Mill puts it in On Liberty:

‘Human nature is not a machine to be built after a model, and set to do exactly the work prescribed for it, but a tree, which requires to grow and develop itself on all sides, according to the tendency of the inward forces which make it a living thing.’

So, he says, we can realise our human potential only in conditions of freedom:

‘…to conform to custom, merely as custom, does not educate or develop… any of the qualities which are the distinctive endowment of a human being. The human faculties of perception, judgement, discriminative feeling, mental activity, and even moral preference, are exercised only in making a choice.’

Similarly, Mill argues that the fundamental reason for favouring democratic institutions is that participation in representative government develops the active side of the human personality, the distinctively human capacity for exercising judgement and for making decisions from a larger and more informed perspective.

This case for liberalism and democracy, then, appeals to basic humanist values – the ideal of a fully human life, of living life to the full, realising our human potential. It is not uniquely humanist. It can be embraced by people with religious beliefs, but it’s fair to say that it draws on the humanist strand in religions.

Focusing on these humanist values helps to clarify the kind of liberalism to which humanists are committed. It has no necessary connection with so-called ‘neo-liberalism’ in economics. That label refers to an extreme advocacy of the free market, based on contestable claims about the efficiency of markets. Humanism, and liberalism in the sense in which I am using it here, are compatible with a range of political positions across the left-right spectrum. Some may see state control as the greatest threat to individual liberty. Others may take the view that collective provision is needed to enable individuals to realise their full potential and exercise their powers. Liberalism provides a common ground on which to assess the competing claims about what political and economic arrangements will best promote human freedom and autonomy. It is the aspiration for a world in which all human beings can shape their own lives in accordance with their own beliefs and values.

Emphasising the grounding of liberalism and democracy in humanist values also helps to bring out the fact that they are unfinished business – positive ideals that are not fully embodied in existing institutions. If the purpose of free speech is to promote rational thought and judgement, it is proper to look for ways in which it can be done better, making debate and dialogue more inclusive and more constructive. If the aim of democratic institutions is rational decision-making in which all can take an active part, then it is proper to look for ways in which they can be enhanced to improve the quality of debate, to ensure that all views are represented, and to encourage greater participation. Education has an important role to play here, teaching people to think for themselves, to listen with an open mind to other people’s views, and to value diversity.