This content is taken from the Coventry University's online course, Humanitarian Action, Response and Relief. Join the course to learn more.
View course
1.17

In the next few articles and activities, we will explore the build up to and impact of the floods in Pakistan in 2010 in order to consider the relationship between the environment, hazards and those who live there.

However, in 2010 rainfall was abnormally high across Pakistan, resulting in widespread flooding through the Indus River catchment. 2010 was a La Niña year, a period when air pressure and ocean circulation shifts, increasing the temperature of surface water in oceans, increasing the moisture in the air and the rainfall. But even for a La Niña period, the rainfall was unprecedented.

Rainfall and flooding commenced in July and continued until September. In areas where the topography was steep, the ground was dry and deforestation had reduced the absorptive capacity of the ground, rivers rose rapidly in upland areas. Gaurav et al. (2011) identified that the flood water volumes were so great that they breached flood assets, river embankments and river-fed canals, or exceeded the design capacity of flood assets at numerous points along the rivers. 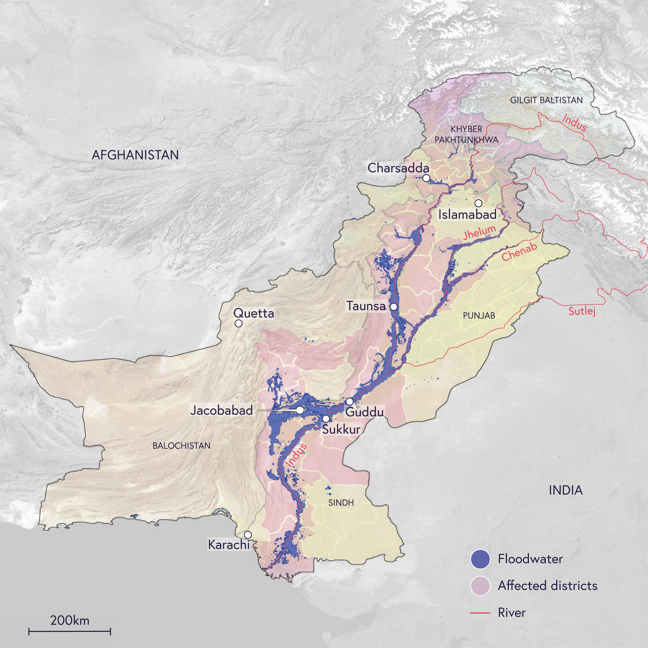 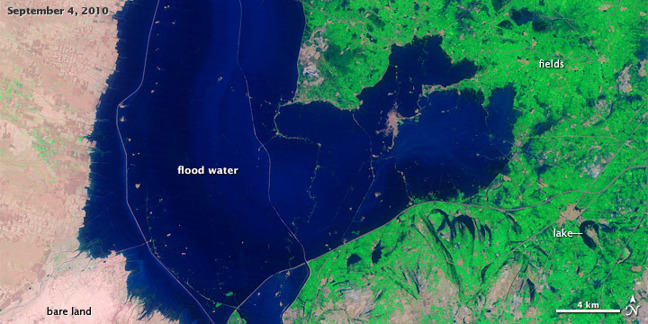 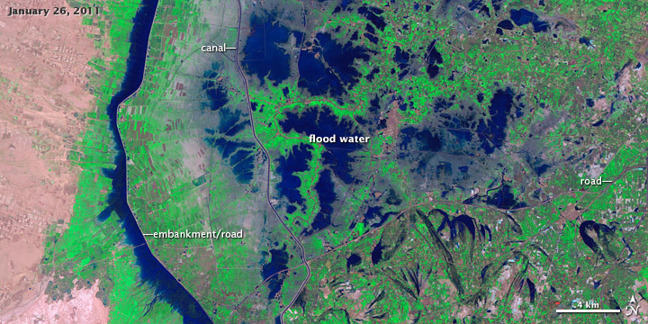 Is the monsoon a ‘hazard’ in the countries affected by it?

To what extent do you feel risks could be predetermined?

Post your thoughts on these questions in the comments.

Petley, D. (2010) Pakistan floods – the progression of the flood wave down the Indus River. 2 August. available from https://blogs.agu.org/landslideblog/2010/08/02/pakistan-floods-the-progression-of-the-flood-wave-down-the-indus-river/ [8 April 2020]