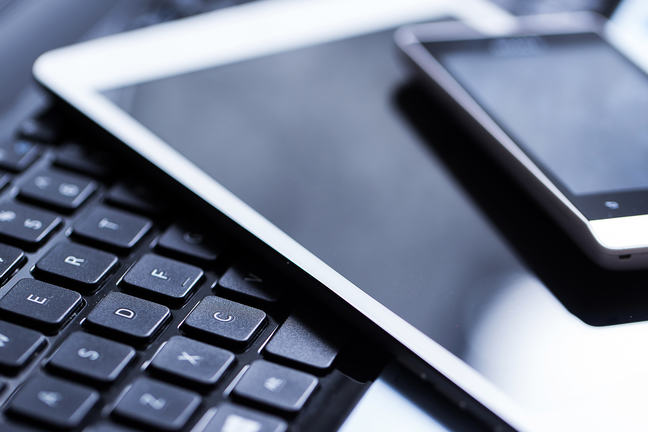 Can we use mobile technology to support collaboration?

“Smartphones and tablet PCs have revolutionised mobile technology and the way we communicate today. They have also transformed the Assistive Technology (AT) market for people with disabilities. These mainstream devices provide people with mini-computers they can use ‘on the go’ and they are much more affordable than many dedicated AT or AAC devices.” Assist Ireland

As a recent research project ‘Seeing AI’ is perhaps one of the most exciting ways of allowing those who are blind to share in discussions about the world around us, via the use of the camera and screen reader on their mobile phone. Microsoft’s development of this free app has enabled blind and visually impaired people to listen to narrations of multiple tasks on their iPhones (soon to be on Android phones as well).

The Seeing AI tasks include reading out typed and handwritten text in front of the camera, beeping when it sees barcodes and then scans them to identify products, knowing colours and recognising friends as well as describing people nearby and scenes. Once again the use of artificial intelligence and deep learning means there will be a growing list of activities that can be achieved as the user base increases with data being shared on the cloud.

Seeing AI uses the built in screen reader on the iPhone - in this case VoiceOver. It is this type of built in accessibility that has allowed many disabled students to use apps that come with their phone or tablet for interactive communication and collaboration.

In the UK these include apps such as:

Ray, as a JISC Digital learner, mentions that he is quadriplegic and has access to a tablet with a stylus. He talks about using Twitter, but in his JISC Digital Learner story he writes about the way the online common room at Oxford University can be used in a similar way to Facebook for collaboration.

Ray also mentions ‘digital wellbeing’ as discussed in depth by Helen Beetham in her elearning blog.

Is this an issue you have thought about with the increased use of online communication technologies?

A CPD course for apprenticeship providers looking to enhance their courses with digital technology for the modern workplace.