This content is taken from the University of Reading's online course, Small and Mighty: Introduction to Microbiology. Join the course to learn more.
View course
1.5

Microbes are organisms that are too small to be seen with the unaided eye. As you’ll see later in the course, they evolved long before the first plants and animals appeared and affect our lives in more ways than we might expect.

Microbiologists are discovering new species of microbe at a faster rate than ever, thanks to advances in DNA sequencing techniques. Current estimates suggest there could be at least 1 billion different species of microbe on Earth, possibly more. Microbial diversity is truly staggering, yet all these microbes can be grouped into five major types: Viruses, Bacteria, Archaea, Fungi, and Protists.

Let’s look at each one in more detail.

Viruses are the smallest of all the microbes. Their genome is made of either DNA or RNA (not both), and this is packaged inside a protein shell called a capsid. They are not made of cells (acellular), cannot make their own proteins and don’t grow. Instead, they must infect a host cell and hijack its machinery to assemble new viruses. Viruses are usually only able to infect a limited number of species living organism. Bacteriophages (Figure 1) are viruses that infect bacteria. In some countries they are used to treat bacterial infections and there is renewed interest in phage therapy due to the alarming increase in antimicrobial resistant infections. 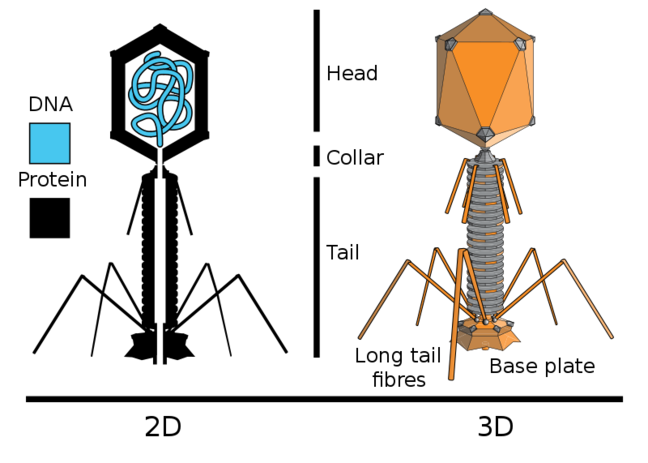 Figure 1: Structure of bacteriophage T2. The 2D diagram on the left shows the structure of the protein capsid (black) and the nucleic acid genome (blue) packaged inside the head that is attached (via the collar) to a hollow contractile tail. The 3D diagram on the right shows the head has an icosahedral structure and the long tail fibres extend from the base plate at the bottom © Adenosine (original); en:User:Pbroks13 (redraw) CC BY-SA 2.5

Some viruses have a lipid envelope which they steal from membranes in the host cell. An example of an enveloped virus that you will be familiar with from News articles (and likely will have experienced the effects of personally) is influenza virus (Figure 2) which causes influenza or the ‘flu’. The 1918-19 flu pandemic was the worst outbreak on record, infecting one third of the global population and killing around 50 million people. 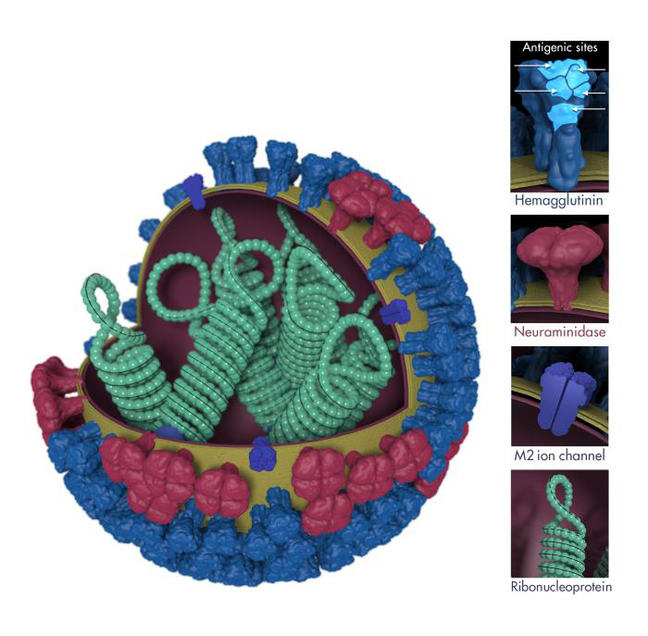 Figure 2: Structure of influenza virus. The 8 segments of the RNA genome are packaged inside the virus particle, each piece of RNA is bound by protein that together form ribonucleoproteins (green). These are packaged inside the viral envelope (which the virus steals from the host cell membrane) that is embedded with viral proteins (light blue, red and dark blue) that play important roles in the virus replication cycle © CDC/ Douglas Jordan; Dr. Ruben Donis, Dr. James Stevens Dr. Jerry Tokars, Influenza Division

Whilst a few viruses can respond to changes in their environment, and you could argue that this is a form of sensitivity (the S in MRS GREN – see below), they aren’t capable of the majority of life processes. Most scientists agree that viruses should therefore be considered non-living.

In contrast to viruses, bacteria, archaea, protists and fungi are all cellular, living organisms. They have a DNA genome and make machinery to produce their own proteins. They are divided into two main groups based on their cell structure: Prokaryotes and Eukaryotes.

Bacteria and Archaea are prokaryotes (“pro” = before, “karyote” = nucleus). They are single cells (unicellular) with a circular DNA genome that floats around in the cytoplasm. Many prokaryotes have one or more smaller circles of DNA called plasmids that carry additional genes. Bacteria and archaea have a very similar cell structure (Figure 3). They do not have a nucleus or membrane-bound organelles. Some prokaryotes have tail-like structures called flagella, which they use to swim through liquid, or fimbriae which enable them to stick to surfaces. 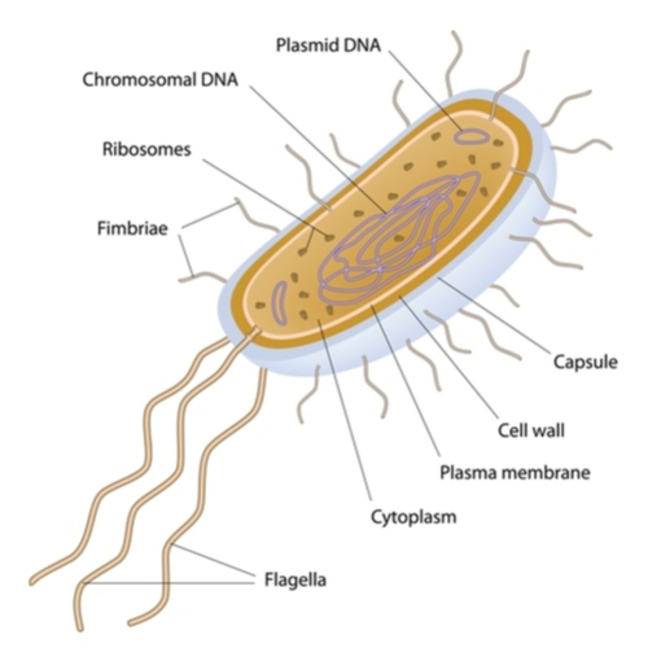 Figure 3: Labelled diagram of a bacterium showing the main features of a prokaryotic cell

Bacterial cells are mostly circular (coccus, plural cocci) or rod-shaped (bacillus, plural bacilli), but a few have spiral or corkscrew shapes. Another defining features is the use of peptidoglycan as a component of their cell walls. You almost certainly have millions of Escherichia coli bacteria (Figure 4) in your lower intestine. Most strains of E. coli are harmless, but a few can cause serious food poisoning that can be fatal. 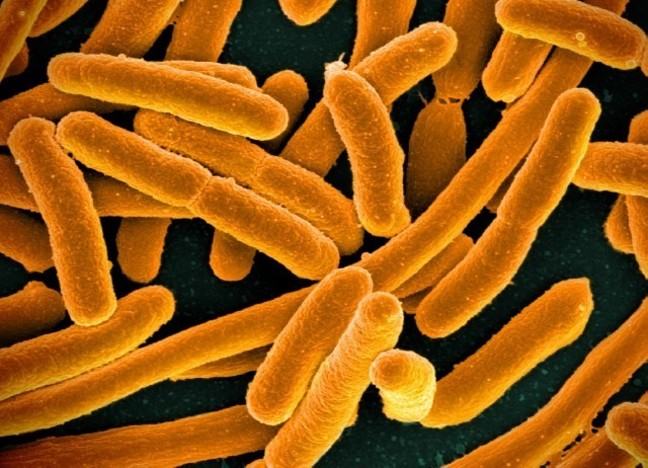 Archaea look similar in size and structure to bacteria but come in a wider variety of cell shapes. Many archaea live in hostile environments, some interact with other organisms, but no archaea are known to cause disease. Unlike bacteria, they do not have peptidoglycan in their cell walls. Many archaea live in extreme environments, including Haloquadratum (Figure 5) which has ultra-thin (0.25 u \(\mu\)m), square-shaped cells. It is found all over the world in salt lakes that are up to ten times saltier than sea water due to evaporation; so salty in fact, it would kill you if you were to drink it! You will meet more extremophiles later this week. 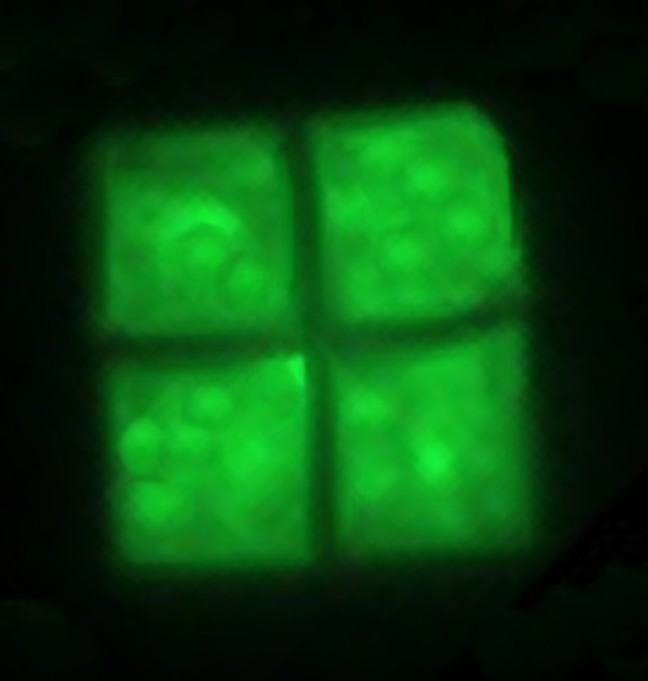 The eukaryotes include protists, fungi, plants and animals. The defining feature of a eukaryotic cell is that it has a nucleus (“eu” = true, “karyote” = kernel or nucleus), in which the linear DNA genome is packaged into one or multiple chromosomes. Eukaryotic cells also contain multiple membrane-bound organelles, including mitochondria, that are not found in prokaryotic cells (Figure 6). 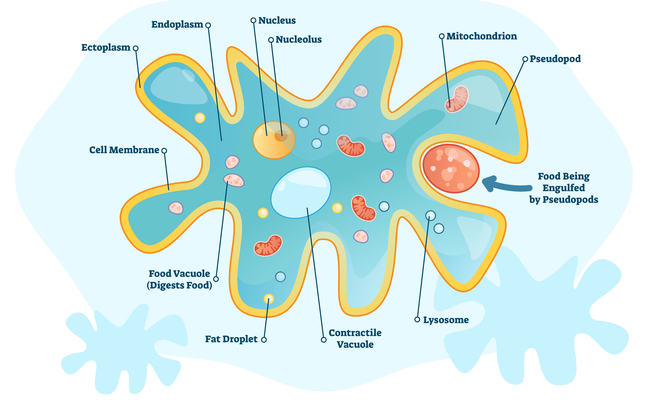 Figure 6: Labelled diagram of an amoeba to show the main features of a eukaryotic cell. Note: this diagram lacks a label for ribosomes and Golgi apparatus – you can see these in the 3D model in a later Step)

The protists are a very varied group consisting of all the eukaryotes that are not fungi, plants or animals. Most are unicellular and include plant-like algae, animal-like protozoa and fungi-like slime molds. Plasmodium (Figure 7: left) is a protist that causes the disease malaria, responsible for the death of thousands of people every year. Giardia (Figure 7: right) is a protist that causes gastroenteritis (infection of the intestines) in humans. It has two nuclei – they make the cells look like they have a face!

Fungi exist as either single cells (yeasts) or as multicellular organisms formed of thin, branching tubular structures called hyphae. Some fungi are able to switch between these two forms (they are dimorphic) in response to environmental conditions eg temperature (Figure 8).

One of the defining features of fungi is that their cell walls contain chitin. Arthropods such as crustaceans (crabs, lobsters, shrimp) and insects use chitin to form their exoskeleton – think of how tough a beetle is and you can see how this polymer provides structural support to fungal cells. 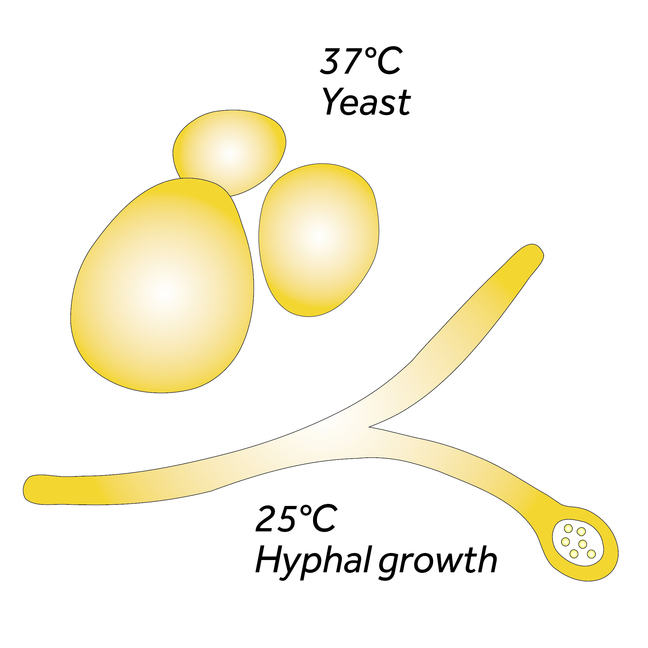 Figure 8: Some species of fungi that cause animal diseases are referred to as dimorphic (Greek di- twice, morphe - form) because they grow as hyphae in ambient temperatures but switch to yeast-like growth when causing an infection © University of Reading

Candida albicans (Figure 9) is a fungus that lives in the intestine and mouth of 50% of the human population. It usually causes no harm, but if the normal community of microbes is disturbed (eg by taking antibiotics) or the immune system is not functioning properly (eg in AIDS patients) it can cause disease. 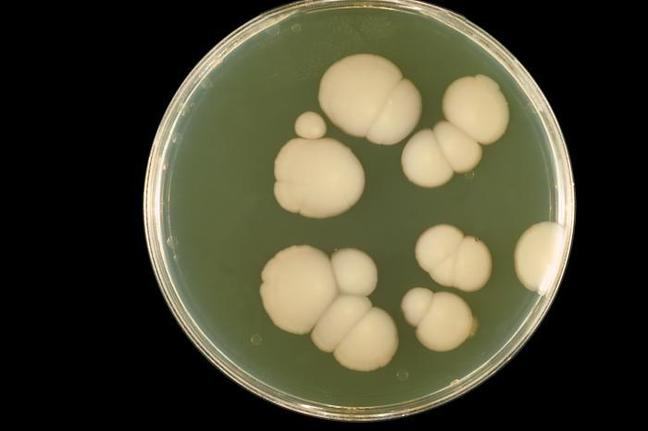 Now that you’ve learnt about the five types of microbe, move to the next Step to see where they fit in the Tree of Life.