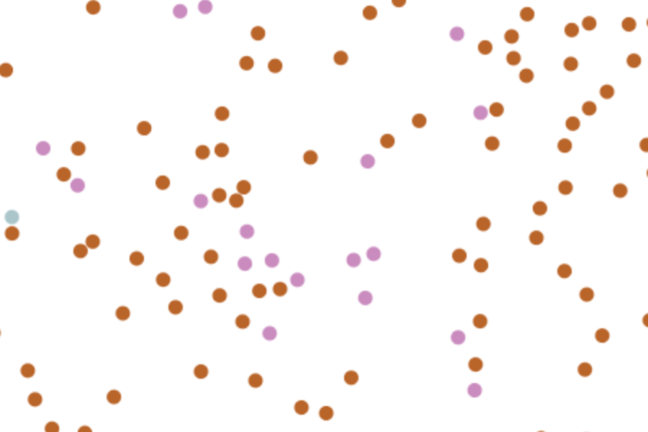 A system is a set of interacting elements where the behaviour of the whole emerges from the interactions of the individuals. The individuals in an epidemic system exist at the micro-level and the whole population exists at the macro-level. There are intermediate entities such as hospitals, supermarkets, cities, and transportation networks that exists at many meso-levels. Complex systems have to be modelled at all levels.

The common terms ‘micro’, ‘meso’, and ‘macro’ are useful at a general level, but each of them can be split into more sublevels. For example, we put an individual person at the microlevel but the virus and antibodies and dynamics at the micro-micro-level. This is level of interest to scientists trying to develop vaccines. And the World Health Authority exists at a higher international macrolevel to individual countries. Complex systems have top-down and bottom-up dynamics. Lockdown is a top-down dynamic. Getting shopping for an elderly neighbour is a bottom dynamics. Sometimes systems can be modelled at a single level but it can happen that ignoring the multilevel dynamics of complex system can result in unexpected and unpredictable outcomes.

The SIR model is a macro-level model operating at the level of the whole population. The SIR model tells you nothing about an individual person at the microlevel or their family at a meso-level.

Macro models are useful for investigating how the whole system will behave based on the assumptions that are made. However events at the microlevel can have a profound impact at the macrolevel. This is illustrated by the proverb

For Want of a Nail

For want of a nail the shoe was lost.

For want of a shoe the horse was lost.

For want of a horse the rider was lost.

For want of a rider the message was lost.

For want of a message the battle was lost.

For want of a battle the kingdom was lost.

And all for the want of a horseshoe nail

The dynamics of epidemics are due to microlevel interactions between people. An infected person passes on the virus to another. This depends on their networks. The network of family, friends, workmates and so on is clearly relevant. Apart from the explicit group of contacts there are the implicit contacts an infected person makes in the street, at work, on the bus, in a restaurant, and so on. These networks, quite literally, provide the path for the disease to propagate.

At this level people are called agents. There are many technical caveats to this but for simplicity in this course we’ll use term agent for an individual person. In the next step you will how Agent Based Modelling can be used into investigate interactions at the microlevel. Then we will consider modelling at meso and macro levels.

Do you think the micro- meso- macro- distinction is useful for understand social processes? Are you aware of yourself operating at different levels? Do you think governments focus too much on the macrolevel and too little on the microlevel of individual people?