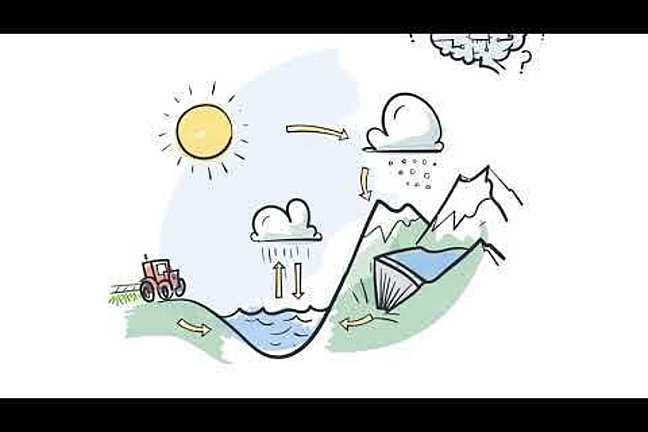 Complex systems are large, heterogeneous and unpredictable. One of the best tools we have is large scale computer simulation.

An early large scale simulation system was developed in the nineteen nineties in at Los Alamos National Laboratory (LANL) in the USA.

TRANSIMS (TRansportation ANalysis SIMulation System) is an integrated set of tools to conduct regional transportation system analyses based on a cellular automata microsimulator. It uses a new paradigm of modeling individual travelers and their multi-modal transportation based on synthetic populations and their activities. TRANSIMS represents time consistently and continuously, as well as detailed persons and households. Its time-dependent routing and person-based microsimulator also differ from other aggregate models.

TRANSIMS creates a road network, a transit network, as well as transit schedules. Many details that are not typically provided by common data sources are needed, such as traffic signals, turn lanes, etc. Data usually must be compiled from several independent sources.

A route planner determines the fastest route at that time of the day. Households are routed in a coordinated fashion to allow for ride sharing. The algorithm includes time-dependent optimization of the network based on link delays that vary during the day.

A microsimulator executes all travel plans created by the router on a second by second basis throughout the network. It uses Cellular Automata principles to analyze the interaction between individual vehicles. The microsimulator produces individual locations of all travelers and vehicles at all times. The microsimulation can lead to highly detailed snapshot data, for example, the exact location of every traveler at any given time.

The have been two major case studies of TRANSIMS.

The Dallas case focused on development of a microsimulation in TRANSIMS which would be robust enough to execute the travel itinerary of each individual in an urban region. The microsimulation executed approximately 200,000 trips in and through the 65 km2 study area. The Portland case study explored the effects of different types of data expanded to include large vehicles, transit vehicles, and transit passengers. This included incorporating into the data base all transit vehicle schedules, the different operating characteristics of rail and buses, and simulating the interaction of transit vehicles and private vehicles.

There has been much discussion concerning how widely adopted TRANSIMS will be. Skeptics believe the large data requirements, computer requirements, and training requirements will limit the use of TRANSIMS. A second school of thought is that regulatory requirements will quickly force the use of TRANSIMS in many regions. A final school of thought is that TRANSIMS will be used mainly by larger Metropolitan Planning Organizations with particularly sophisticated transportation planning questions. Subsequently, it would evolve into versions more appropriate for smaller staffs and different analysis needs. This last scenario is most likely. [1]

TRANSIMS was a major paradigm shift in complex systems science, showing that complex social systems could be modelled at a very large scale at the microlevel.

Agent Based Simulation gets it power from the dynamics of social systems emerging from the detailed interaction of agents [2]. The Agent Based Simulations you have seen on the course have mostly used homogeneous agents. For example in our models it was assumed that all agents are the same when modelling the transmission of the virus from one agent another. Of course in the real world the agents are not homogeneous. For COVID-19 age, gender, income, and ethnicity all matter [3 ][4 ]. So does local geography:

The reality of COVID-19 is that the epidemic is spread by the interaction of heterogeneous agents with heterogeneous behaviours over heterogeneous geographical areas. To model this requires microsimulation synthetic micro-populations of millions of agents.

Large scale simulations are at the cutting edge of complex systems science and its applications in policy. In our view this science and technology will advance considerably over the next decade. It will be one of the major inputs to policy making in all areas of public planning and administration as we recover from the COVID-19 pandemic.

Are you surprised to read about these massive simulations? What do you think about the creation of synthetic micro-populations? Do we need to model in such detail? Will such simulations will contribute to better policy making? Will they have a role in policy after the pandemic?

[4] Nikki Kanani and Prerana Issar, ‘A note for all BAME colleagues working in the NHS’, NHS England, 1st May 2020. https://www.england.nhs.uk/blog/note-for-all-bame-colleagues-working-in-the-nhs/