This content is taken from the The University of Nottingham's online course, The Politics of Economics and the Economics of Politicians. Join the course to learn more.
View course
2.9 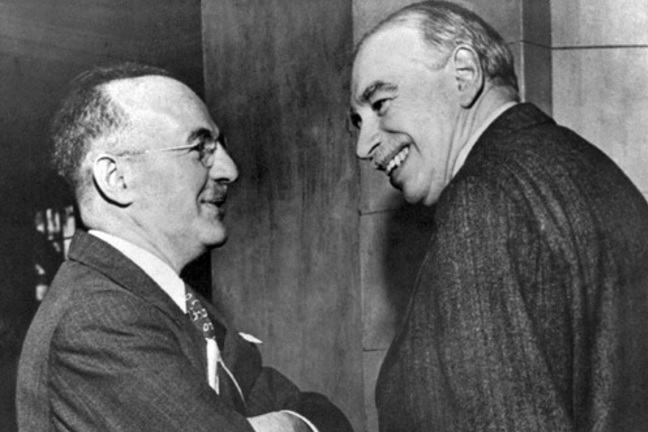 There is as much debate over the best way to model the macroeconomy in government and central banks as there is among the general public itself.

The Debate between Keynesian and Neoclassical Economics

The tension between Keynesian and Neoclassical Economics takes us to the heart of debate, disagreement and argument in modern macro-economics. Macroeconomics is a deeply divided subject. In some areas of economics there is widespread agreement on how the economy functions and the effects of policies – such as in the field of international trade, where there is a common view on the causes and consequences of trade across borders and the likely effects of the imposition of tariffs or quotas. But macroeconomics is very different. Macroeconomists disagree on fundamental issues, such as whether markets should be allowed to function independently of government, or whether intervention is required.

To understand disagreement in modern macroeconomics we need to appreciate the importance of history in the development of economics. In the late 18th and early 19th century a consensus view of the macro-economy emerged from the thinking of Adam Smith and David Ricardo. Much of this reflected Adam Smith’s view of the function of the market and the efficient qualities of the ‘invisible hand’ of market production. If individual markets were efficient by virtue of the price mechanism, then the overall economy too would be efficient. This thinking dominated the emerging subject of economics.

However, in the 19th century and again in the 20th century this view was challenged by two thinkers whose legacies, though very different in political and economic terms, both remain with us today in their alternative understanding of the economy. In the 19th century Karl Marx, the German theologian and philosopher, argued that the market mechanism was not efficient, but instead created social strife and class warfare between workers and entrepreneurs through a system of trade than inherently favoured the entrepreneur and would give rise to class struggle and revolution. Much of this thinking was imbued in the Russian revolution following the first world war and remained a central tenet of Communist ideology.

While Marx critiqued the long-term effects of the capitalist system in pitting worker against entrepreneur, Keynes perceived a much more immediate shortcoming of the capitalist system. The Great Depression, during which the US economy shrank by close to one third and failed to recover for nearly a decade, was for Keynes proof that the private market system was not efficient.

Since the work of Keynes in the 1930s, different schools of macroeconomic thought, represented by their respective models, have emerged, reflecting the tensions between Keynesian thought and traditional macroeconomics.

At one extreme, the Monetarist thinking of Milton Friedman sharply disagrees with the Keynesian view, arguing instead that the role for government in the economy is minimal. Modern Real Business Cycle Models imbue this view, modelling the economy as an efficient system in which upturns and downturns in the economy are due to factors beyond the control of governments. By way of contrast, New Keynesian Models, as the name implies, hold to Keynesian thinking that the price mechanism is not efficient but that prices are ‘sticky’ slow to adjust. At an extreme of Keynesian thinking, models of indeterminacy and chaos present an economy in which the animal spirits of economic agents create a volatile and unpredictable economy that oscillates between boom and recession.

The macroeconomic institutions of a modern economy such as central banks and government treasuries – in the UK setting, Her Majesty’s Treasury and Bank of England, tend to synthesise aspects of the Neoclassical and Keynesian models in their collective thinking and actions. Indeed, there is often as much disagreement and argument over the underlying reasons for the performance of the economy within central banks and governments as there is in the news media and popular economic thought.

John has introduced several different understandings of the macroeconomy:

Please discuss in the comments below which of these understandings most strongly resonants for you. Why do you ascribe to that particular understanding?