This content is taken from the London School of Hygiene & Tropical Medicine's online course, A History of Public Health in Post-War Britain. Join the course to learn more.
View course
1.12

In this Step, we examine the growing role for the individual in maintaining their health and how this came to be regarded as a public, as well as individual, health issue. The linking of many public health problems to behaviours established a need for the individual to take greater responsibility for their own health to benefit the health of the public.

The changing role of the individual in public health

People have always played a part in caring for themselves. Indeed, individual attempts to improve health and prevent disease pre-date collective efforts, or what we might call ‘public health’. Yet, when most of the dangers threatening personal and public health came from the environment, there was a limit as to how much the individual could do to protect him or herself. Infectious diseases like cholera needed to be combated through collective measures, usually undertaken by the state, such as the construction of sewers and the provision of clean water.1

Towards the end of the nineteenth century, this situation began to change. The identification of bacteria as the cause of many infectious diseases led public health officials to begin to focus on the relationships between individuals, as well as the environment, in understanding and preventing the transmission of disease. Tuberculosis, for instance, could spread through infected droplets passed on by close contact between individuals.2 Efforts were made to educate the public about such dangers and get them to change their behaviour. Spitting in public places, for example, was discouraged. 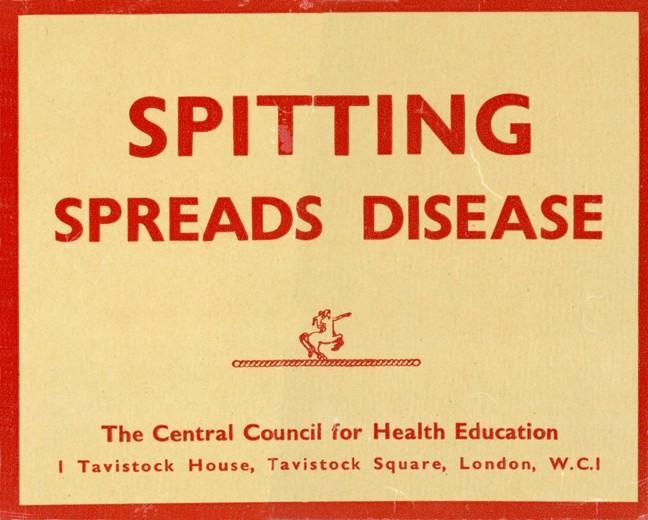 The rise of ‘lifestyle’ public health and individual responsibility

In the early twentieth century, public health policy makers and practitioners in Britain made use of health education to encourage greater personal hygiene and preventive habits amongst the population. Such efforts were also aimed at promoting morality and good citizenship. Health was an individual responsibility and a public duty.3

By the 1950s, however, there were signs that individual behaviour was even more important to preserving public health than had previously been thought. As we will see in Step 2.2 and Step 2.3, the pattern of death and disease changed. Over the course of the twentieth century, infectious disease in the West declined, and chronic conditions, often linked to individual behaviour, appeared to increase.

One of the first areas where such a connection was made was around smoking and lung cancer. We explore this issue in greater depth in Week 2, but the crucial point here is that an individual habit, in this case smoking, was identified as a cause of disease, not just a way of spreading it. Lung cancer was not the only issue to be linked to individual behaviour. Other research established a connection between exercise and heart health, and between diet and coronary conditions.4 This was the birth of so-called ‘lifestyle public health’, where the behaviour of individuals was central to the cause of many health conditions, but also to their prevention.

As a result, from the 1960s onwards, public health agencies and officials began to make more strenuous efforts to not only educate the public about health dangers, but also to persuade them to change their behaviour and take greater responsibility for their health. This was intended to benefit the health of the individual, but also to improve the public’s health more broadly, by bringing rates of disease down throughout the population. Public health was, therefore, an individual as well as a collective responsibility.