This content is taken from the The British Film Institute (BFI) & Into Film's online course, Teaching Literacy Through Film. Join the course to learn more.
View course
1.14 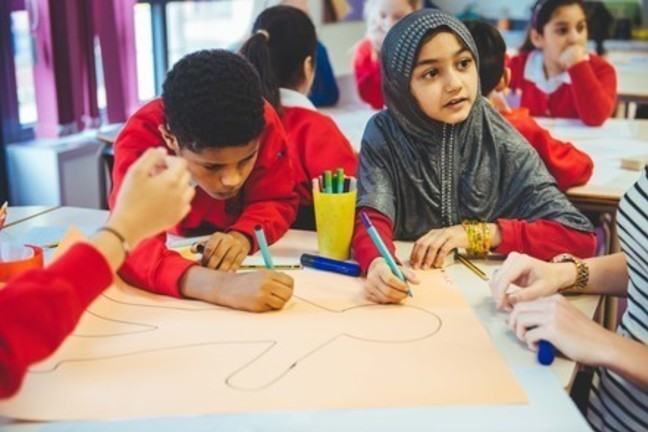 Role on the wall

If your students embrace character work through film and you would like to develop it further we have two more activities for you to try. The first of these is “Role on the Wall.”

Choose one of the characters from either Sausage or Between Us (this works just as well for characters from written texts as well). We are going to explore this character further by using a technique called Role on the Wall. When using this technique, begin by asking a student to stand against a large piece of paper pinned against the wall and draw around them (large paper works really well for group work) or you can use the downloadable Role on the Wall template below for individual or pair work.

Having selected your character, watch the film clip again and make notes inside the character outline describing what he or she is thinking / feeling. Outside the outline, you could jot down what others think of him or her and facts you know about them.

Role on the Wall also works well as a whole class activity. Simply hang a number of Role on the Wall templates around the classroom (to coincide with the number of characters you wish to analyse) and ask pupils to work in groups, analysing a character each and putting words or sentences about that character onto a post-it note. Use a different coloured post-it note for feelings, emotions, facts and questions.

If you are working with a class you can ask them to stick their post-it notes to the relevant Role on the Wall template, thereby creating an invaluable word / ideas banks for use in the next couple of activities.

Role on the Wall provides an almost infinite variety of activities related to character.

How would you adapt Role on the Wall for use within your classroom?

What have you written about your character?

Add to the comments below.