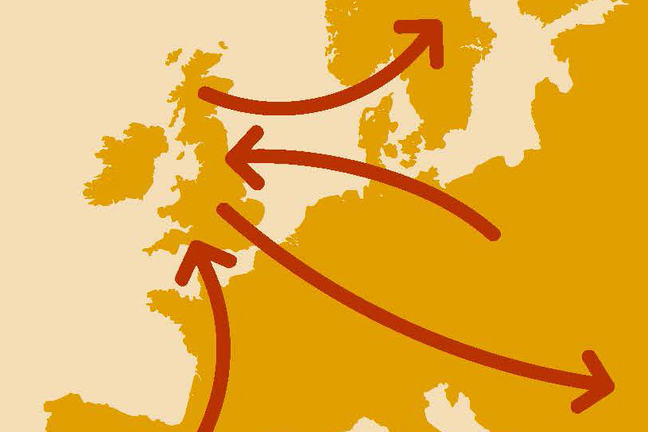 How will Brexit change the NHS?

In 2016, the UK voted to leave the European Union (EU) as the result of a referendum. Although the EU has limited legal influence on the NHS, the UK’s decision to leave the EU will have far-reaching implications for health and social care in England.

As you’ve already learned in Week 2, a small but significant percentage of the NHS workforce comes from EU countries. The UK’s EU membership means that it’s currently easier for people to move around and work in EU member nations, and that qualifications from other EU nations are recognised in the UK.

6% of the NHS workforce in the UK and 8% of social care staff in England are from EU countries and up until recently this number has been increasing, suggesting that health and social care have increasingly drawn on EU migrants. There is currently a shortage of more than 100,000 posts in the NHS and 110,000 in social care. These shortages may become worse if EU migrants find it harder to come to the UK to work.

Until the UK leaves the EU, freedom of movement won’t change. But the referendum result already appears to be having an impact. Between 2015/16 and 2017/18, the number of EU nurses and midwives leaving the NHS has doubled.

So why doesn’t the UK just increase the number of home-grown health care staff? There are initiatives in place to increase the numbers, including the development of a major NHS workforce plan, but even with this push it would take time to train and develop these staff so it’s not a short-term solution. NHS leaders have said that it could take a decade for the UK to become self-sufficient in training health care staff.

Accessing treatment in the UK and abroad

For those who travel or live abroad in future, arrangements are still unclear. The government has stated that it is seeking an ongoing arrangement similar to the current one. If this isn’t negotiated, this could lead to increased costs as travel insurance becomes more expensive to cover access to health care. As the House of Lords noted:

The arrangements bring greatest benefit to some of the most vulnerable members of our society…For people living with long-term health conditions (including those needing frequent dialysis, or who suffer from rare diseases), reciprocal arrangements mean that they can avoid the high insurance costs that would otherwise make travel prohibitively expensive.

The European Medicines Agency (EMA) is responsible for approving new medicines. Being a member of the EMA also means that pharmaceutical and medical device companies prioritise the UK as a market for launching their products. The government intends that the UK will leave the EMA and transfer this responsibility to the UK Medicines and Healthcare products Regulatory Agency. There is a concern that if the UK leaves the EMA and develops its own drug approval system, the UK may lose its priority status and end up at the back of the queue for new medicines. For example, in Switzerland and Canada, countries with separate drug approval systems, medicines typically reach the market six months later than in the EU.

It’s not just the cost of radioactive material that might rise. If the UK leaves the EU without a trade deal in place, this may result in an increased cost for many goods and services, and therefore impact on supply for the NHS and social care sector. Pharmaceutical companies and industry bodies have argued that any potential disruption to the supply of medicines would affect time- and temperature-sensitive treatments the most, such as cutting-edge cell and gene therapies.

Famously, during the referendum campaign, Vote Leave claimed that the £350 million a week in EU membership fees could go towards NHS funding instead. In the long term, the performance of the UK economy will be one of the most important influences on funding for the NHS and social care. Independent economic forecasts from the Bank of England, Organisation for Economic Co-operation and Development (OECD), and Office of Budget Responsibility suggest that Brexit will have a long-term negative effect on the UK economy, and this will reduce the funding available for health and social care.

The new NHS funding settlement provides some certainty for the NHS over the next five years but does not cover wider health and care services such as public health and social care. If there are economic consequences to Brexit that result in lower growth in public spending, then the implications would be significant. Implications might include not just increased costs of many goods and services for the NHS and social care sector, and could also impact on supply, including of drugs and treatments, though the funding commitment for the NHS is stated in real terms and takes into account the effect of inflation. Much will depend on the UK’s future trading relationships which are unclear.

This article is an amended version of Brexit: the implications for health and social care. This information was correct at the time of publication in September.