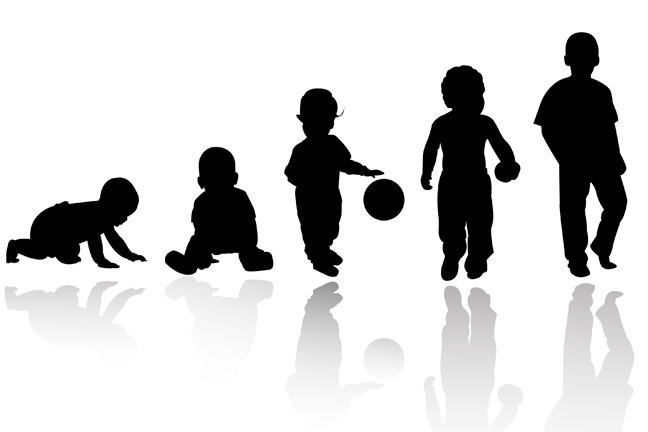 A range of different theories and perspectives exist which attempt to explain how humans grow and develop across the lifespan.

Theories from a psychological perspective often concentrate on development in terms of phases or stages that individuals progress through as they grow and develop. Several of the main theorists associated with such an approach include:

Jean Piaget (1896-1990): developed a theory of cognitive development based on the belief that children seek to understand and adapt to their environment and to do so they undertake certain actions as they move through progressive stages of development.

Erik Erikson (1902-1994): saw individuals moving through a series of stages and ‘crisis’ points as they developed their identity; the move through this process by virtue of increasing age and negotiation of each stage or ‘crisis’ successfully contributes to healthy development.

Theories such as these, based around stages and progression, can be intuitively attractive to students and practitioners alike as they seek to assess and explain the growth and development of both the children and adults that they are involved with. The markers and milestones that they provide can certainly be useful when attempting to gauge growth and development and make assessments about how children and adults should be behaving and responding at different times in their lives.

However, their use and application should not be too rigid or exact. Growth and development will always be an individual process, impacted upon by many factors. Stage based theories may provide a useful indicator of where growth and development could expect to be under optimal conditions, but vulnerable children and young people will rarely experience optimal conditions. Their vulnerability will often be borne out of disadvantage and exposure to risk. These factors impact upon the way children and young people grow and develop. A lack of attention to environmental factors, social context and cultural influences are some of the main criticisms directed towards theories of ‘staged’ child development.

The text in the ‘See Also’ section below may be consulted for more information on the topic.