In this post find four questions the modern world must answer, and discover courses to help you understand them. 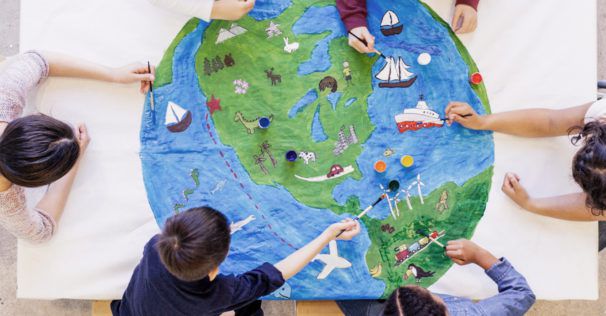 Despite regularly increasing life expectancies (WHO) and improving levels of education (UNICEF), the modern world has brought its own unique set of problems: from huge food waste (UN), to climate change (NASA), to an increasing wealth divide (Credit Suisse).

The good news is people the world over are working together to understand these problems, and come up with solutions. You can join them with courses on FutureLearn. Here are four big questions (and courses) to get you started.

1. Are we better together?

2016 saw 51.9% of voters in the UK’s European Union referendum vote to leave, making the UK the first country to try to voluntarily leave the EU. Now, almost a year later, a deal on how the UK works with the EU remains distant (BBC) and it seems likely the UK will suffer financially after Brexit (Bank of England, LSE, IFS, IMF).

Despite the complexities of acts like Brexit the UK isn’t the only country showing signs of isolationism: recent movements in Spain (BBC), the rise of Holland’s ‘Party for Freedom’, and President Trump’s ‘America first’ politics also suggest that globalisation, for some, might have gone too far.

Find out more about isolationism, populism and the future with the course Global Studies: the End of Globalization?

2. Have we made life harder for the next generation?

The western belief in ‘progress’, that each generation will be an improvement on its predecessor, for a long time has held true (WEF). However, it seems this might no longer the case. Housing problems, changing economy policies and political shifts mean the next generation are facing significant financial uncertainty. But the big question is will they be worse off? It’s time to look at the evidence.

Find out more about world economics and the future of the next generation with the course Exploring Economics: Will the Next Generation Be Worse Off?

3. How can we slow down man-made climate change?

Climate change is an inevitable part of our future: 2016 was the warmest year on record (NASA), Arctic sea ice is at a record low (NSIDC) and by the end of this century the oceans could be 150% more acidic (NOAA). The challenge now is how to slow down the progress of climate change and mitigate its effects.

One of the ways we might do that is with smart technology: using data to work out how much energy people use and how to get them to use it more effectively, whether for a whole city or just an office.

4. What is the reality of immigration?

The ‘European migrant crisis’ that made headlines in 2015 raised lots of questions about migration and caused ugly bursts of xenophobia (BBC). Migration is now a hot topic for politicians, and some think it may have even been the driving factor for Brexit (Independent). But just 13.5% of the UK population are ‘foreign-born’ (The Migration Observatory, Oxford) and migration has happened for centuries, so why has it only now become such a hot topic?

Find out more with the course: Why Do People Migrate? Facts

“Browse all courses about Politics & the Modern World”