A guest post written by Dr Christine Goodall and Dr Hannah Telling from The University of Glasgow. 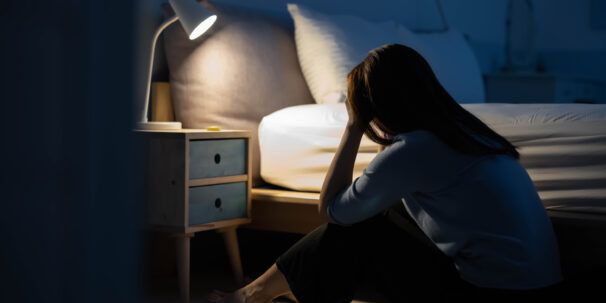 Do you keep to well-lit streets when walking home in the dark? Do you wear headphones on the bus home, but with the music turned off? Do you send your friends the message, “That’s me home” when you shut the front door behind you?

We have the idea that our home is a place of safety and that our families and intimate partners are sources of protection from the unidentified and broad-ranging dangers outside.

Yet, the reality is that the relationships that society construes as sources of protection can also be those that put us at most risk of danger.

Intimate partner violence is common in society affecting between 1 in 3 and 1 in 5 women and 1 in 6 men globally at some point in their lifetime. It is part of a broader spectrum of gender-based violence, so called because it disproportionately affects women and both stems from and reinforces the inequality that still exists between women and men in our society.

The term ‘Intimate Partner Violence and Abuse’ (IPVA) reflects our modern understanding of this form of abuse as a pattern of controlling, coercive and threatening behaviours that can take a variety of physical, emotional, psychological, sexual and even digital forms.

Over the last fifty years, there has been a sea change in how we understand and respond to IPVA. Dedicated charities work tirelessly to raise the profile of IPVA, to tackle its root causes in gender inequality, and to educate perpetrators, victims and bystanders.

Refuges offer temporary (and sometimes life-saving) sanctuary to survivors of IPVA. And, with broader political and societal recognition of the widespread problem of IPVA, there has come much-needed legal reform.

In 2015 ‘coercive control’ (defined by Scottish Women’s Aid as ‘a purposeful and sustained pattern of behaviour whereby one person within the relationship … seeks to exert power, control or coercion over another’) became an offence in England and Wales, with Scotland following shortly afterwards in 2018.

For victims experiencing non-violent forms of IPVA, this landmark legislation allowed them to give a name to their situation and to seek justice where there was no physical injury.

The historical roots of IPVA

However, the history of IPVA is long and complex and continues to shape and affect attitudes today. In 1792BCE, the Code of Hammurabi permitted men in Babylon to beat their wives as they were considered the ‘property’ of their husbands.

This notion of a husband’s right to violently ‘correct’ his wife was pervasive and persisted long after legislation nominally outlawed ‘wife beating’. Historical court records are littered with cases of men violently assaulting, maiming, and even killing their wives – and of using allegations of their spouses’ transgressions to explain away even fatal violence as excusable or justifiable.

Understanding the historical roots of IPVA provides us with the tools to understand the present and to face – or even change – the future. By looking to the past, we gain a better understanding of why we are where we are today, for example:

Looking to the past, we also gain perspective and see how far we have come. Whilst continuing to work to eliminate IPVA, we can and should appreciate the efforts of the tireless few in the past who worked to raise the profile of IPVA, who campaigned for victims and offered them sanctuary, and who lobbied for radical political and social change.

What is coercive control?

Coercive control is one form of IPVA and amongst the most dangerous. It is a very serious and insidious pattern of behaviour that starts slowly, often being mistaken by the victim for love at the start of a relationship where they may be made to feel cared for and treasured by a very charming and attentive perpetrator. Gradually the tactics of isolation, micro-regulation and degradation are introduced.

This list is not exhaustive and coercive control may be experienced differently by different groups of people. The important feature is that it is a pattern of behaviour, not a one off event.

Technology and its use in coercive control

Technological developments have, in a way, played into the hands of perpetrators of IPVA giving them many different ways to monitor, stalk or intimidate their victims. Many, either knowingly or unknowingly, are placed under constant surveillance through the many different devices we have in our lives and homes, through the various social media platforms that we all make use of to maintain remote human connections, and through our online banking systems. For victims of IPVA even cyberspace may become dangerous place to be.

For some who live with coercive and controlling behaviour, violence may never be a feature. In fact, around 40% of women will experience gender-based violence in an abusive relationship and not all of those relationships feature control.

However, the statistic that a facial injury in a female is 32 times more likely to be the result of abuse than anything else should always raise our suspicions that abuse is happening. In coercive control, violence to the victim or someone or something they care about such as their children or the family pet is used as a threat.

It will be brandished in order to get them to do something or to prevent them from leaving and it is a very effective threat. Violence tends to be used when the perpetrator realises they have lost control of the situation.

Leaving an abuser is a process and it may take several attempts to leave a controlling relationship before a victim/survivor finally does break away. There are many reasons why someone may not leave, for some it is safer to stay as their life may be more predictable if they do.

If they have learned how to manage the rules most of the time, then staying may be a better option than leaving to go to a refuge with their children.

It is sadly the case that most of the time it is the victim who sacrifices their way of life to leave an abusive relationship and gain peace. The time of separation, if it finally does happen, is the most dangerous time for a victim because their abuser has finally lost control of the situation and it is the time when violence may be introduced for the first time, and the time when most victims are most at risk of serious or even fatal violence at the hands of their partner or ex-partner.

Many victims are stalked when they do leave and living in an even more unpredictable situation is what makes some return.

So back to our question, ‘Do you feel safe?’. This is a question that a victim/survivor of coercive control will recognise as describing their situation because generally, they don’t feel safe.

Being in a relationship where coercive control is a feature is not safe. That is why if we are faced with a friend, family member, colleague or patient who we think may be in a situation where they are being controlled by a partner, we should reach out to them.

You don’t need to be an expert to do this. Someone who has been made to feel so unworthy by someone they love will rarely reach out to us for help until things reach crisis point and that might be too late.

IPVA is a huge public health issue with wide-ranging consequences resulting in years of ill health for victims. It has a huge cost to society in both economic and social terms. The simple act of asking may make someone in this position feel noticed, believed and validated and you may be the person who encourages them to seek specialist support and finally break free from their abuser.

If you would like to learn more about intimate partner violence and abuse and find out more about what you can do to provide support, join our online course starting on the 28th March.