Find out more
Home Creating a productive dialogue between science and the arts
Published on September 9th, 2015

by University of Cape Town

by University of Cape Town

Professor Steve Reid is one of the lead educators on the University of Cape Town’s free online course, “Medicine and the Arts: Humanising Healthcare.” Here, he discusses the potential of thinking in an interdisciplinary way about medicine, the arts and humanities. 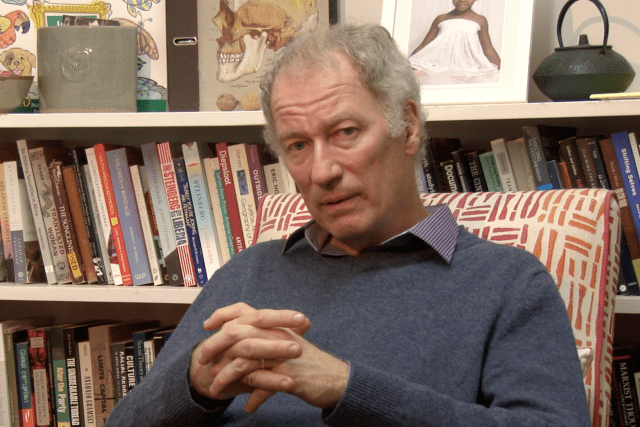 Science has been constructed as a separate endeavour to art and the humanities, and the two “cultures” – as they were described in the famous lecture by CP Snow in 1959 – are often considered as mutually exclusive.

As medical technology becomes more accessible and pervasive, western medical practice is increasingly facing the criticism of depersonalization and a lack of caring. Are the arts and the humanities an answer?

Exploring the relationship between medicine and the arts

Our course will explore some of the facets of the relationship between medicine and the arts, including the humanities, in order to show the potential of thinking in an interdisciplinary way.

Different academic disciplines have their own languages, norms and ways of seeing the world – different cultural frameworks indeed. But when they are applied to the same topic or phenomenon simultaneously, they can give rise to exciting and original insights and interventions.

Western medicine imagines a “positivist” world of facts and evidence and quantification, whereas the arts and humanities are intentionally interpretive and reflexive.

The emerging field of the medical and health humanities

The emerging field of the medical and health humanities brings them together in dialogue, seeking a productive synergy. This interdisciplinary field is a stimulating arena of thought and study, because it potentially gives us the space to expand our intellectual horizons and posit ideas to redress the limits of healthcare in the 21st century.

We use the term “medical” broadly to indicate the techniques and approach of the western biomedical model, including health professionals other than medical doctors. But the term “medical humanities” means many different things to different people, and so it might be useful to outline what this course is not about.

Our focus – “making medicine more human” – is only one interpretation of the idea. Another interpretation is the field of “art therapy” – including music, drama or visual art therapy – which we will only touch on.

Our presenters provide a few examples of “arts in medicine” – such as the exhibition of sculptures or visual art, or the performance of music in a hospital setting – but this is also not a major focus.

Rather, we want to deal with the issues conceptually and theoretically, but applied to practical examples.

The convergence of evidence from different sources

“Consilience” is the proper term to indicate that the convergence of evidence from different sources, particularly science and art, can lead to strong conclusions.

An important perspective for us at the University of Cape Town is that which emanates from the “global south.” Particularly in the South African context, this perspective is rooted in a history of enormous division and inequality in society.

We hope that our contribution to the global conversation in medical humanities will highlight the issues and voices that are not otherwise heard in the so-called mainstream literature.

Bringing disparate aspects of life together

On a personal note, as an enthusiastic musician and a medical practitioner, I struggled for many years to find ways to bring these disparate aspects of my life together. When I started to see that the differences between them were not as great as I assumed, coded as they are by different languages and paradigms – different ways of seeing and being – I started to find more areas of synergy.

I have found that the passion and enthusiasm that I feel for music can be integrated into my work as a teacher and researcher.

For example, once I started to regard lectures as similar to musical performances, I gave much more attention to rehearsal and style of delivery. And I enjoyed them more – they have become opportunities to “play” the music of the daily work with which I am involved, using skills in interpretation and oratory in the place of a musical instrument.

If you’d like to bring perspectives from the sciences, the arts and humanities together, and apply them to your context, wherever you are in the world, join “Medicine and the Arts: Humanising Healthcare” now.