Find out more
Home How we brought Agincourt to life, 600 years on
Published on October 22nd, 2015

This Sunday, 25 October 2015, marks the 600th anniversary of the battle of Agincourt. To celebrate, Kate Borthwick, a learning designer at the University of Southampton, explains how her team brought the battle to life in the free online course “Agincourt 1415: Myth and Reality”, which started on FutureLearn this week.

This summer, while creating our course, I got to know the battle of Agincourt in a very tangible way. The passion and knowledge of our lead educators Anne Curry and Dan Spencer was a constant wonder, but I also got to live and experience aspects of the battle itself.

We associate Agincourt with Shakespeare’s “Henry V” and the effectiveness of the English longbow, but for me, it is mud, parchment, plate armour, real people in real places and well, yes, longbows. Here are a few things I learnt: 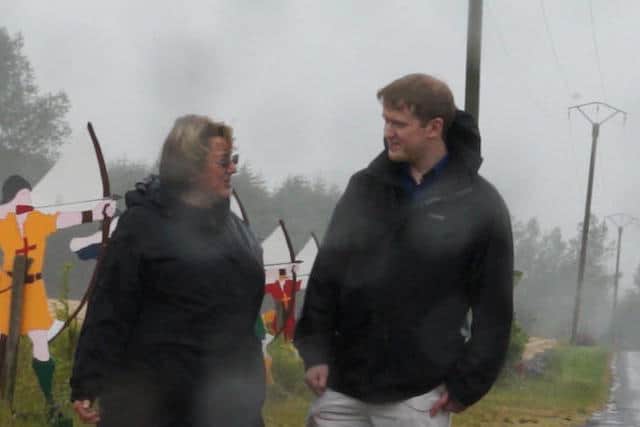 It had rained the day before the battle in 1415, leaving a muddy field ready to be churned into a wet, sticky mess by thousands of feet. The day we filmed at Azincourt, France, we also experienced the mud: torrential rain left us soaking and with unusable film footage, but also a strong sense of the misery and challenge of medieval combat.

In the course, Christophe Gilliot, Director of the Centre Historique Medieval, talks about the mud in relation to armour worn on the day. We also interview the Plantagenet Medieval Society – a battle re-enactment group, who regularly play the English army in Agincourt enactments.

We caught them straight from the battlefield, hot, sweaty and exhausted, to find out how it feels to wear plate armour in a fight. For members of the society, 1415 is living history and they describe intense pride and strong emotions when lining up on the field at Agincourt in English battle array. 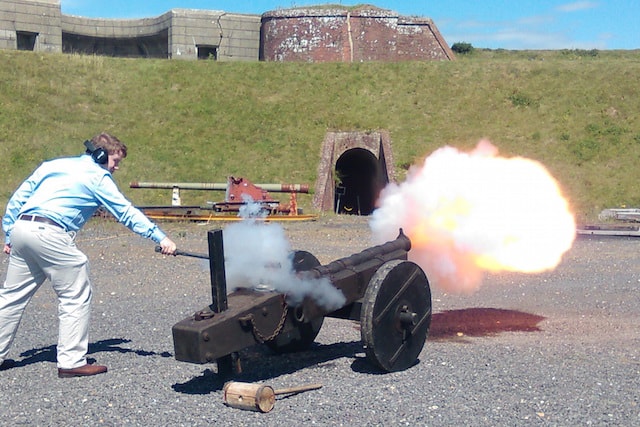 Guns played a role in the first part of Henry V’s French campaign, but were no part of the battle of Agincourt. This point in history is part of the transition in warfare from bow and arrows to gunpowder, and we filmed the loading and firing of a replica medieval gun at Royal Armouries Fort Nelson.

The noise and power of the gun was unforgettable – and quite shocking when you are standing next to it – so in the final cut, we decided to leave in Nicholas Hall, Keeper of Artillery, saying: “I told you it was loud.” Dan’s specialist area is medieval weaponry and after that day, he didn’t stop smiling for at least 24 hours. 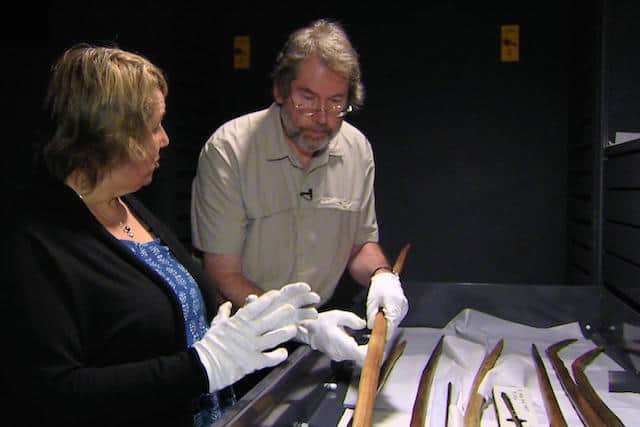 We were allowed access to the Mary Rose Museum’s reserve collection of longbows. These beautiful bows sank with Henry VIII’s warship in 1545 and were recovered when the wreck of the ship was found. They have been perfectly preserved and look like they were literally made yesterday.

Seeing them lying in a drawer makes them look innocuous, but seeing the sheer size of them conveys something of the power and horror of the “arrow storm” that faced the French at Agincourt.

English bureaucracy was surprisingly efficient in 1415

We went to the National Archives to examine the documents that tell us about Henry’s war in 1415. It was surprising to discover how efficient English bureaucracy was at the time and it is thanks to this efficiency that we know so much about the English army.

Most of the documents are on parchment and are still robust today. It is awe-inspiring to take Sir Thomas Erpingham’s muster rolls out of the same bag that he would have handled 600 years ago, and read off the same names he would have called out at roll-call on Southampton Common.

Anne and Dan know these documents well and during the course we find out more about what they reveal.

It takes ingenuity to ship 20,000 horses

We visited some of the places associated with Henry’s French campaign, including Southampton Common (where some troops mustered), Portchester Castle (where Henry stayed) and the medieval city walls of Southampton (which witnessed the sailing of the troops). Working at the University of Southampton, these are places I see regularly, but now they have a new context and new interest.

We also got to consider some of the issues that a medieval army faced, in being transported across the English Channel. For example, how do you ship up to 20,000 horses? The image the answer conjures up still makes me smile – but you’ll have to join the course to find out more.

“Agincourt 1415: Myth and Reality” started this week and runs until Sunday 1 November 2015. To find out more about the battle and celebrate its 600th anniversary, join the course now.