by University of Glasgow

by University of Glasgow

As countries unite to fight the spread of Islamic State militants and Ebola across borders, Christian J. Tams – lead educator on the University of Glasgow’s free online course “Paris 1919: A New World Order?” – discusses how the major global summit that ended World War 1 continues to shape international relations nearly a century on. 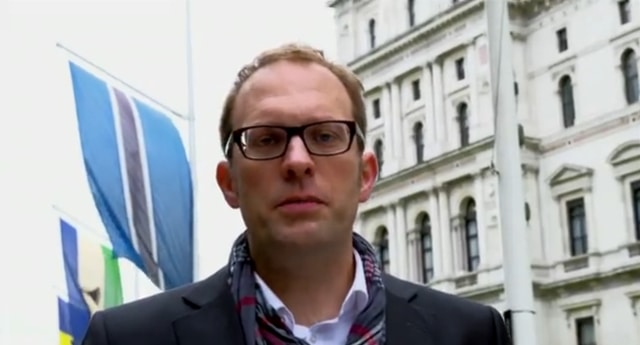 The Paris Peace Conference of 1919 ended World War 1, but it also designed our post-war future. It redrew the map of the world; partitioned and created countries; and ushered in a new era of international relations, creating the first “world organisation” – the League of Nations.

This momentous event, for better or worse, continues to shape world affairs. Two headlines that have dominated much of last week’s news illustrate this essential point.

Borders in the Middle East

The never-ending dramas in the Middle East can be traced back directly to the Paris Peace Conference of 1919.

The fight between the US-led coalition and the Islamic State (I.S.) is asymmetrical in many respects. But it’s also because I.S. effortlessly moves across the Syrian-Iraqi border, while States of the world continue to proclaim the sanctity of existing boundaries. (The UK Parliament for example has now voted to permit airstrikes against I.S. in Iraq, but not in Syria.)

This is a curious legacy of 1919. Having defeated the Ottoman Empire, Great Britain and France divided up most of the Middle East into spheres of influence. After some debate, the former Ottoman territories became “mandates” administered from London and Paris – “not an entirely honourable history,” said Jack Straw in 2002 with a remarkable sense of understatement.

As “mandatory” powers, Britain and France drew lines in the sand with little or no attention to the religious or tribal affinities of the populations. And over time, States such as Iraq and Syria would emerge on the territory of the (often artificial) mandates. The modern Middle East is unthinkable without Paris 1919.

Ebola is the second topic dominating current global news. A major epidemic that does not stop at borders, Ebola throws the need for effective international health cooperation into stark relief.

Ebola was not an issue at the Peace Conference of 1919, but other diseases were. The Spanish flu, raging across the globe in 1918/1919, killed far more people than four years of warfare. And the leaders at Paris very consciously decided to authorise the new world organisation, the League of Nations, to facilitate global cooperation against infectious diseases.

While the League failed on many fronts, its work towards international health is hugely impressive. League of Nations health agencies coordinated the fight against typhus, promoted research and vaccination programmes and pioneered health education.

The current crisis suggests that much more needs to be done: whether the world can contain the outbreak of Ebola is an open question at the moment, but there is no doubt that it could not do so without the World Health Organisation and UN development agencies.

These follow in the footsteps of comparable (if much smaller) agencies set up by the League of Nations. The League broke the mould for international health governance, and as we watch the fight against Ebola, we have all reason to appreciate its pioneering work.

From Middle Eastern borders to pioneering health work – the Paris Peace Conference of 1919 has shaped world affairs. Our free online course “Paris 1919: A New World Order?” is an opportunity to learn more about it.

Over three weeks, we’ll revisit the main decisions of the peacemakers; assess their impact; and debate how we today address the problems of global order. It‘s an exciting course and – thanks to the BBC’s involvement – one with wonderful short video clips.

“Paris 1919: A New World Order?” starts today and you can still get involved – join this free online course now.