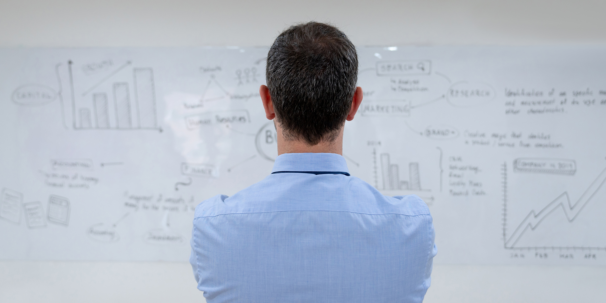 It’s a feeling that most of us can relate to from time to time. You have lots to do, but you’d rather do anything else than the task at hand. But why do we procrastinate? Is it a case of being lazy? And how can we stop avoiding what needs to be done?

Here, we explore the concept of procrastination, what it means, the different types and causes, and some top tips on how to avoid procrastination. We’ve also picked out some courses that can help you be more productive.

First, let’s explore the meaning of procrastination. The word comes the Latin procrastinationem, which means ‘ a putting off from day to day’ or ’deferred till the morning’.

As seen from the etymology, procrastination is about putting things off. We usually see it as delaying things until the last minute or even after their deadline.

To get scientific, procrastination is described as a self-regulatory failure where people voluntarily but irrationally delay essential tasks.

Various studies have attempted to understand the reasons for this phenomenon, and we’ll discuss some of these further down.

Procrastination can take many forms. Although we often associate it with putting off work or schoolwork tasks, it can apply to things like everyday chores, attending appointments, or having potentially stressful conversations.

Some studies suggest that procrastination chronically affects around 15%-20% of adults. This number increases greatly in students, where some 80%-90% engage in it to some degree. So what causes people to procrastinate?

Studies have looked at all kinds of factors that could contribute to procrastination. These factors include personality traits, decision-making styles, time perspectives, emotional regulation, and even biological factors.

The difference in procrastination prevalence in students and the general population suggests that some situation factors contribute.

There is a lot of anecdotal evidence that offers various reasons for procrastination. However, we’ll look at some of the studies and research to suggest more evidence-based causes of procrastination.

You’ll notice that none of these factors link procrastination with laziness or self-control.

Studies have shown that many adults with attention-deficit/hyperactivity disorder (ADHD) can struggle with procrastination. Several potential ADHD factors are relevant here, including disorganisation, forgetfulness, distractibility, and problems with prioritising and time management.

You can learn more about the effects of ADHD and current treatment options with our course Understanding ADHD from King’s College London.

A 2007 meta-analysis of procrastination found several links between certain personality traits and procrastination. The study found a strong and consistent prediction between procrastination and task aversiveness, task delay, self-efficacy, and impulsiveness.

Similarly, a lack of conscientiousness, self-control, distractibility, organisation, and achievement motivation were also predictors of procrastination.

Let’s look at some of these terms in more detail:

Studies show that the structure of the brain can be linked to procrastination. One study showed that those who procrastinate have brain structures that usually makes them less future-oriented. As a result, procrastinators are less eager to perform unappealing tasks in the short term that yield long-term rewards.

A variety of mental health issues are often closely linked to procrastination. For example, those suffering from depression often procrastinate over many different tasks, no matter how complex. Time spent overthinking can lead to a loss of confidence and concentration.

Similarly, those with anxiety disorders will put off tasks they want to avoid because they’re stressful. What’s more, those who struggle with perfectionism (the need to appear or be perfect) may avoid tasks they are unsure of.

Other studies have found that low self-confidence, general unhappiness, and low self-esteem can all be linked to procrastination.

Of course, one of the major issues with putting things off is that tasks don’t get completed or are rushed and contain mistakes. Such productivity can impact academic performance and performance in the workplace.

These issues can compound things further, adding more stress and more unpleasant tasks for the procrastinator to avoid. Ultimately, they may miss their goals, both in work and life in general.

Research has linked chronic procrastination to several stress-related health issues. These conditions include headaches, insomnia, digestive problems and even colds and flu. Continuously putting off important tasks can also contribute to mental health issues such as depression, anxiety, and stress.

Depending on where you read, there are several different ‘types’ of procrastinators. This attempt at categorising procrastination aims to help people understand why they procrastinate and how to overcome the habit.

Some researchers have separated the types of procrastinators into two groups:

You’ll also find other categorisations outlined by various experts and professionals, including:

One relatively recent phenomenon is that of ‘revenge bedtime procrastination’. This phrase emerged from a Chinese phrase that describes those who choose leisure time over sleep, even after a long day of work.

Although the phrase is a recently coined one, some experts think it’s likely widespread. Those who are overstretched at work may feel a certain amount of control by staying up late, even though they know it’s not good for them.

Understanding the importance of sleep and setting good routines can help to combat such revenge bedtime procrastination.

5 top tips on how to avoid procrastination

If you sometimes struggle with procrastination, the tips below can help you make progress and stay on task. Remember, sometimes, being aware of the problem can help you take steps to overcome it.

Oftentimes, the thought of completing one large task can seem overwhelming. Getting from the beginning to end can seem an impossible task. However, breaking such tasks down into much smaller steps can be useful.

Having a list of small and achievable goals can help you tackle each one in turn, meaning that you make gradual progress towards completion. Understanding the fundamentals of project management can help you with setting these small goals.

This point feeds into the one above. Having a detailed timeline and deadlines for when you will complete each of your small goals can also keep you motivated to reach your main goals.

As well as setting daily goals, you can also have weekly and monthly aims that all tie into them. This gives you the urgency to act and make progress in your work, whether it’s schoolwork or a project at your workplace.

Another way to overcome procrastination is to focus on some of the easier tasks you have to finish. Hopefully, by setting small goals and organising your tasks, you’ll be able to identify those that are easy to finish.

By doing this, you’ll start to build your confidence and gain some momentum. Giving yourself a purposeful focus can help you tackle one small task at a time.

Our course on stress and productivity in the workplace explores how improving workplace wellbeing can boost work performance.

It can be easy to punish yourself for procrastinating. You may tell yourself that you’re being lazy or unproductive. In reality, attacking yourself in this way only serves to make you feel more frustrated and anxious and doesn’t add to productivity.

By being mindful of the situation, you can develop self-compassion and forgiveness. Not only can being kind to yourself reduce procrastination itself, but it can also reduce some of the negative effects of procrastinating.

We now know a little more about what causes procrastination, how it can impact us, and how we can avoid it. Although most of us will procrastinate from time to time, it can be fairly debilitating when it becomes a chronic issue.

Understanding the mechanics of how it works and why you might be doing it can be the first step to avoiding procrastination. We’ve also outlined a variety of courses that can help you with productivity at work or with your studies. Remember, small and gradual steps can help you reach your goals. 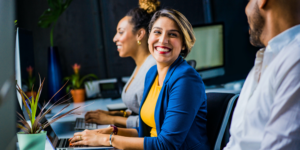 We discuss what job satisfaction is, why it's so important, and what some of the … 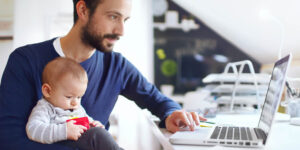 Wondering how you can manage your time more effectively? Check out our selection of tips, …

Category: Career, General, How To, Learning 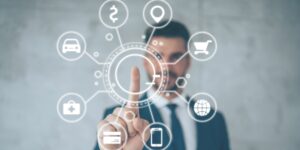 Category: General, Tech, What is 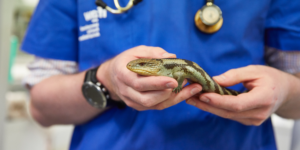 Curious about starting a career as a veterinary nurse? Find out how to become a …